by Cixtian Trybe 2 months ago in fiction
Report Story

When the voyeur becomes the prey 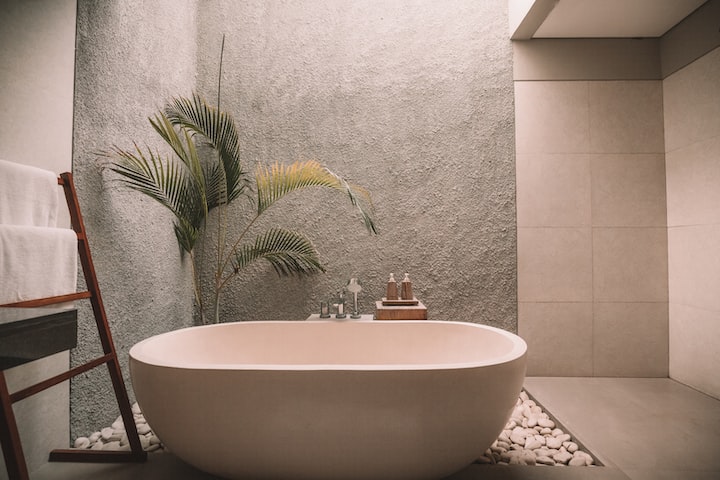 I arrived at her house. In spite of the snow blanketed the streets which added 30 minutes to what would normally be a 10 minute drive. I found her drive way, trudged through knee-deep snow and knocked on the door.

Bridget came to the door, this short, magnificent creature. Barely 5 and a quarter feet tall, small and shapely. She had hair the color of moon struck silver, and wore makeup that looked as though it were applied by a master.

"There you are!" She squealed and threw her arms around me with a great big smile. She then stepped aside to show me in.

The place wasn't massive, but had a style that made it obvious that an older, established woman lived here. Bridget didn't fit that bill. She was young, and wild and free. A hair dresser with a cutting edge, hair cut, a wicked eye for fashion, and a tendency to push the envelope. So suffice it to say the place was nothing like I expected her home to be.

Across the well appointed living room sat a large desk, dominated by a desktop computer. There was a teen age girl seated at the desk, with a stark, punk rock hair cut, and makeup in dark contrast to her pale skin. She turned and looked at me with Bridget's smile, and there was no question who she was.

Bridget introduced me to her daughter, Amantha. The girl gave me what was a valiant attempt at a halfhearted greeting, and turned back to her game. She obviously had her mothers taste for the exuberant, and flair for showmanship. She had mastered the don't-give-a-fuck mentality that was becoming popular at the time. She made a show of dismissing me from any part of her presence. In a flurry of hair, piercings, and keyboard pounding she told me that I had been dismissed.

Bridget grimaced, and feigned strangling her from behind. I smiled then as she grabbed my hand, and then dragged me into the kitchen.

There she gave me a big hug, and then stood and stared into my eyes, as she tended to do. After a moments moment of building an uncomfortable silence, she smiled and mumbled at me.

She then took a seat, sitting backwards, and leaned her chin on its high back. I approached the table to sit my bag down, glass bottle hitting the table with a resounding thump. She looked at the bag with a knowing smile, that I gladly returned.

I walked over to the counter near the sink and leaned back against it, looking at her.

“Glasses, or shots right out the bottle?” I said half joking.

She just shook her head, got up, and moved toward me. When she stood in front of me she touched my face gently, and then, in the sweetest voice you can imagine.

As I stepped aside, she opened the cabinet above to retrieve glasses. She handed me two of them, then turned to retrieve ice, and soda from the fridge.

I walked over and took a set pulling the bottles from the bag. She joined me and we immediately started shooting the shit.

During the conversation, we devised a game that was part quarter bounce, part Truth or Dare. The rules were simple. Each contestant would bounce a quarter at an empty shot glass. If he made the shot, he would gain a cookie, and the game would continue. If she missed the shot she had to drink and either tell the truth take a dare or reveal a secret. The only real fiat of the rules is, you can’t attend the same punishment twice in a row…

Bridget was terrible at this game. She couldn't seem to even hit the glass on 80 percent of her shots. This, however, was by no means bad thing. By fiat of her abysmal skill with this game, her first choice was to reveal secret.

"You know..." I said, smiling at her, taking an unnecessary swig from the whisky bottle... "A secret is only as good as it's relevance to the person it's being revealed to."

"So..." She looked at me with half lidded eyes, and smirked. "you want me to tell you a secret that has relevance to you?"

She reached over, and touched my hand, taking the bottle from me.

"Before I ever met you... when we were friends on the boards..." She turned the bottle up, and took a healthy gulp, then wiped her face with her sleeve. Trust me it was very tough girl sexy. "I had the biggest crush on you."

I arched my brow, running the night we met over again in my mind. The bar we met at as a group... 12 or thirteen of us, sitting around the table. I remembered interacting with her, watching her wild exuberance. The way her boyfriend at the time tried to keep her reined in, and how he left that evening without her.

What I didn't remember was any real show of interest in me, what so ever.

"Really?" I asked with a bit less credulousness in my voice than I intended. "Why?"

"One question per coin, sir..." She said and pointed me towards the glass and coin again.

We played at this game for a while longer, and another time she missed I insisted on a truth from her.

She laughed aloud, and then leaned over to see if Amantha was still present. Somewhere in the game, the girl had slipped from the desk and retired to her room.

"... fucked." She said unabashed. Then she laughed. "We fucked, Kevin... on the couch in front of you… what about it?

My smile grew bigger. I have always loved a woman who wasn't shamed by her sexual desires, or her forwardness. Someone who could be carnal without concern for what others might think or say was undeniably sexy to me.

"Were you just drunk, or are you that much an exhibitionist?”

Bridget laughed, then got up to look into the Living room where Amantha had been sitting. Comfortable in her assurance that the 15 year old was no where within earshot she turned back to me and smiled. Her voice tone lowered to a near whisper.

“The truth is, I was hoping that you would have joined in…”

I blinked twice, but couldn't find any words to follow up with.

“I liked Danny,” She said, sitting back down in her chair, and reaching over to slap my leg. “but it wasn't him I was really after that night… In fact the only reason I came out that night was to see you. I’ve always had a huge crush on you.”

The revelation excited me, as well as took me by surprise. She had always been gorgeous to me, but her connection with one of the other guys cemented the matter in my mind. I didn't have a problem sharing from a physical stand point. However I do have a major problem infringing upon someone else's joy. In my mind she wanted Dan, and she got him. End of discussion.

On the next few missed bounces we found ourselves out of range of juicy conversation. It was like the revelation had made the game pale by comparison. I had revealed that I am and will always be a die hard voyeur, that I think that way too many people put way too many boundaries and hang ups on sex, and that in my vocabulary ‘slut’ is a beautiful, and awesome word. She lost several others as well, and as I now knew the nature of her interest in me, I ruthlessly pushed the issue in the form of dares and bits of truth.

And, the drunker she got, the less she remembered the non repeating punishment rules. At one point, being the bastard that I can be, I started throwing more risqué challenges into our little game. It started with… ‘I dare you to kiss me’. After the third one of those, it was ‘I dare you to sit on my lap’, but to not be out down she threw in ‘I dare you to show me your cock’.

Now, at several points in the night Bridget got up, and looked over to make sure Amantha was still in her self imposed exile of music and videos. At one point however, she looked into the other room, and then turned to me with a very sly smile.

She began by taking me into her mouth, which felt absolutely amazing. I closed my eyes, and moaned deeply, to which she stopped, and shushed me airly. When I opened my eyes she pointed back at her daughters room, letting me know that her kid was still there, just in her bedroom. Then, she went back to work.

And work she did, her mouth worked wonders; wet and sucking, as her hand stroked my cock, and all the while I was straining to keep quiet. I was being tortured at the gates of heaven.

Then, as suddenly as she had started she stopped, stood up, and took my hand. I rose out of my seat, and she pulled me along with her into the bathroom, closing the door soundly behind her, and locking it. She then turned, and planted another hard kiss on my lips before unbuttoning my pants again. I wasn’t out of the mix yet though either, and I began working at her zipper with earnest. Of course that created an awkward situation, her and I trying to peel each other at the same time, while making out vigorously. Some how we managed.

Before long she was bent over the sink, one leg lifted up onto the counter, gagged by her own underwear (Her doing, not mine), as I was sliding in and out of her. She pushed back against me, and met each thrust with her own. Her moans were escaping her make shift gag, and any time I changed the pace, she would stumble and loose her rhythm, which always took her breath away.

We continued that way for a good 10 or 15 minutes, then I pulled out of her, and turned her around. She was seated then on the counter, and at 5’11” I’m hardly a tall man, so I had to stand on my tip-toes to get a good angle. Apparently it was enough, cause Bridget kept holding me close, moaning through her panties, with our lips pressed together.

In a few short minutes, I was ready to explode (I could say we went on for hours, but this is a true story, and both of us were already pretty intoxicated, and had been teasing eachother for hours… 25 – 30 minutes of good fucking was quite impressive) when I felt her body stiffen, and she wrapped her legs around me holding against my rabid thrusting. The look in her eyes was all I needed to send me over the edge, and I exploded deep inside her…

After a few moments, when the shuddering and spasm’s subsided, I slid out of her, and fumbled to unlock the bathroom door.

Apparently I passed out shortly after opening the door, cause I don’t remember moving to the couch where I regained consciousness.

I write as an escape, and find that the most rewarding of escapes by writing outside my personal fields of experience. Much of my work is written from a woman's perspective, and I plan on exploring other depths.

Why escape only half way?

More stories from Cixtian Trybe and writers in Filthy and other communities.