How to Play 2 Common Cards Games as Stripping Games

by Timothy A Rowland 5 months ago in diy 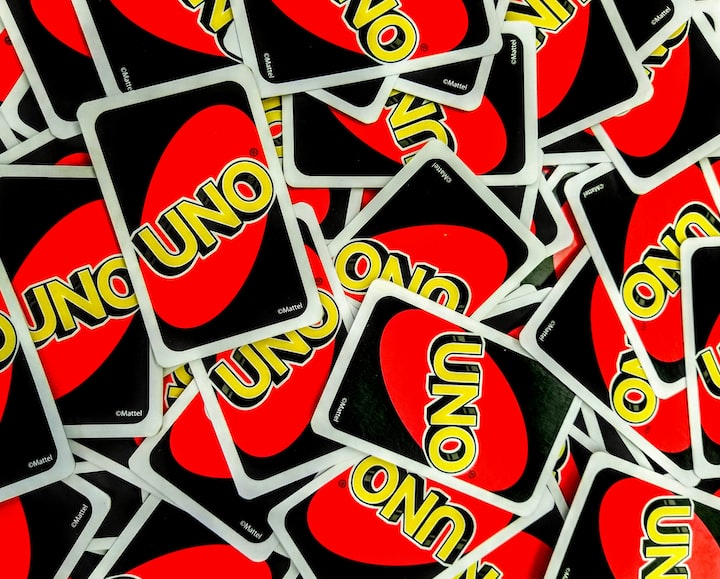 Photo by Simon Ray on Unsplash

How to Play Strip Uno

Most people have played the popular card game, UNO at some point. It is a very popular and widespread card game where you match colors and numbers on cards; while trying to empty the cards out of your hand before any other player. Well; this also makes for a really fun stripping game.

Adapting UNO into a stripping game is fairly simple, which is part of the appeal of this idea. Play the game according to the rules that are listed inside the game. You still must match the color or number laid down by the previous player. Draw cards are still just as they would normally be. Very little changes in the basic structure of the game. The differences are:

• When your turn and you have nothing to place into the middle deck; only draw one card. After that, it is the next person’s turn. For many, this is the normal way to play, but others will continue to draw cards until they pick up something that can be placed in the deck. For this version; only draw one card and move on to the next player.

• Once a player has put down their last card (emptied their hand) either of two things happens.

1. The person with the greatest number of cards in their hand, must remove an article of clothing.

2. Every player but the person who went out of cards (emptied their hand) must remove an article of clothing. The important part here is to be sure that all players agree which will happen, before the game starts.

Once a person is fully nude; they must wait until the game is finished before getting dressed again. They may not cover up or isolate themselves from everyone. They must remain in the room and wait for the full game to finish and a final winner to be declared. The final winner is whomever is last to have clothes remaining. That’s how you play Strip Uno.

How to Play Strip Black Jack

Black Jack is another popular card game that is easily converted into a stripping game. Black Jack (also known as 21) is a game played with regular playing cards. The object of this game is to have your two cards; one face up and one face down; have a face value that equals as close to the number twenty-one as possible. If the face value exceeds 21, then you automatically lose; known as “busting.” Like with the previous mentioned game, you play regularly using all the rules that would normally be associated with a game of Black Jack; but with these differences:

• If a player gets 21 (cards’ face value equals twenty-one exactly); then the other player or players must remove an article of clothing. Only another player who has 21 exactly does not have to do this.

• If a player “bust” (cards’ face value equals higher than 21); then that player automatically must remove an article of clothing.

• If two players with the highest number (without going over) are at a draw (same number) then all players are safe and nothing happens. Example: 3 people are playing. Player 1 and Player 3 both have cards that equal 18. Player 2 has cards that equal 10. Nothing happens to anyone and the next round is started.

Again; this continues until only one player remains wearing an article of clothing. All players must remain nude and uncovered until the entire game has finished and a winner has been determined. That’s how you play Strip Black Jack.

Remember; you are responsible for your own safety. Be sure that you only play these versions of the games with people you know you can trust. These games can be played with only two people as a couple. That is always fun. If you choose to play these games in a group; be sure you trust everyone there. Not just the people playing; everyone there.

Also; remember that you are playing a game. The idea is to have fun and have some laughs. Don’t take things too seriously in terms of the rules and being competitive. Just have safe fun and be respectful of those around you. That’s it for now. Have fun.