Mina might be a fox, most of the time, but when it comes to sex she prefers to take human form, with human men. 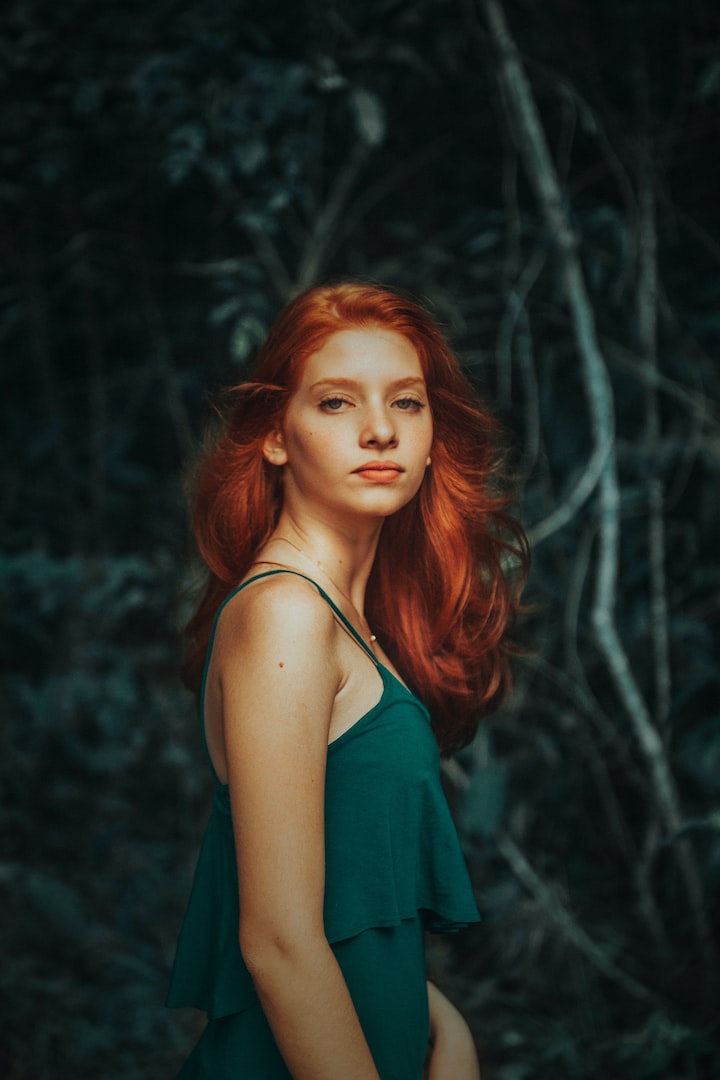 Photo by Gabriel Silvério on Unsplash

Mina darted between the shrubs, lifting her nose to check the air. There was a scent of musky sweat amongst the other scents of the night, a warmth that reached her nose on the cool breeze.

Her whiskers trembled, sensing movement; a mouse to her left, an owl soaring above on silent wings, and there, across the stream, a human.

She padded through the undergrowth, swift and silent despite her speed. A tree had fallen across the water and she raced over it, surefooted.

On the other side she paused to sniff the air again. He’d moved, but not far.

Mina couldn’t understand what he was doing out so late at night, and out in the woods of all places.

Didn’t humans know the woods were a dangerous place to be in the dark?

It didn’t take long to find him, his torch gave away his location, even if she hadn’t been able to smell him from miles away.

She raced past, making sure to dart across the edge of the torch light.

“A fox!” The light darted up to follow her, but she was too quick. There was a hut ahead, which must be where he was headed.

She intended to get there first.

The door creaked, announcing the man’s arrival, and Mina turned from the blazing fire, forcing an expression of surprise.

“Oh, hello.” He grinned. “I wasn’t expecting any one else to be out here in the middle of the week.”

“Do you mind?” He gestured as though seeking permission to enter and she nodded.

He closed the door behind him, leaned his pack against the wall, and pulled off his hiking boots.

He was attractive, tall and lean, but strong, too. She could see that by the size of the pack.

“You’re planning on staying a while?”

He nodded. “A night here, then two nights at the next hut, and another night here on the way out. You?” He glanced around, and Mina realised she hadn’t glamoured up a hiking pack of her own. Oops.

She shrugged. “Just tonight. Thought I’d escape the busyness of the city for a while. Soak up some silence.”

“And here I’ve interrupted you. Sorry about that.”

“That’s fine.” She smiled, pleased to see his gaze fall to take in her attire, a tight red t-shirt, and very short shorts. “I was just thinking how nice it would be to have some company of the male variety.”

He mouth turned up on one side. “I see.” He took a step closer. “And what might you do with some male company, exactly?”

She sashayed across the room until she was face-to-face with him. “I guess that depends on what he might consent to.”

His eyes shone. “Name’s Harlon, by the way. And I consider myself pretty open to anything.”

She smiled. “Mina. And I am glad to hear that.” She lifted a hand to rub her thumb across the bristle on his cheek as she reached up to press her lips against his. She loved a man with a beard.

His hands came to rest on her hips, then slipped, seductively, up either side until they brushed against her breasts through the fabric of her shirt.

Mina was already on heat, but his touch was the spark that set her whole body on fire, and she moaned as his thumbs grazed over her nipples.

Their kiss deepened, tongues exploring mouths, then biting kisses all the way along her jaw line and down her throat.

She threw her head back, pressing herself closer to him, and he pulled her top over her head, a low growl in his throat as he saw she wasn’t wearing anything beneath.

His hands cupped her breasts now, fingers rolling nipples as his kisses danced across her shoulder, teasing, before one hand slipped beneath her shorts and his mouth took it’s place, his tongue flicking her nipple as his finger flicked against her clit.

She clung to him, groaning as wave after wave of pleasure burned through her body.

This was why she sought out sex in human form, these tingling, electric, alive, sensations that thrilled her in ways nothing else ever had.

He scooped her up and dropped her on the rickety bed, roughly pulling her shorts and knickers down her legs to abandon them on the floor.

She spread her legs for him, wove her fingers through his hair and pushed his head between her thighs.

This was always her favourite part, and he proved himself better than many she’d been with, lapping at her slit, exploring her folds, flicking at her clit with his tongue.

She writhed under his administrations, crying out as his fingers entered her, his tongue thrumming on her clit, sending one orgasm and then another shooting through her body.

As she sank back into the rough mattress after her third orgasm he moved, kneeling between her legs.

She held his gaze. “Fuck me, Harlon.”

He held her hips as he lined up his cock, then leaned over as it entered her.

She groaned with pleasure, spreading her legs to allow him deeper.

He felt like heaven, like all the wondrous things of all the world all compacted into this moment.

She reached up to hold his face between her hands, pulling him close to press her lips against his.

“Do you like that?” he asked, his voice husky.

“I do.” She wrapped her legs around his hips, meeting his thrusts with her own.

His pupils grew wide, and he increased in speed, pounding her until they were both gasping, crying out as they climaxed together.

He sank onto her, and she held him there, loving the weight of him on her.

“God. That was incredible.” He shook his head, as though he couldn’t believe it.

“It was amazing, wasn’t it?” She gave him a sly smile. “So you’ll be back this way again in a few days?”

“Perhaps I’ll have to stick around.”

Thank you for reading! If you enjoyed this story you might enjoy my others...