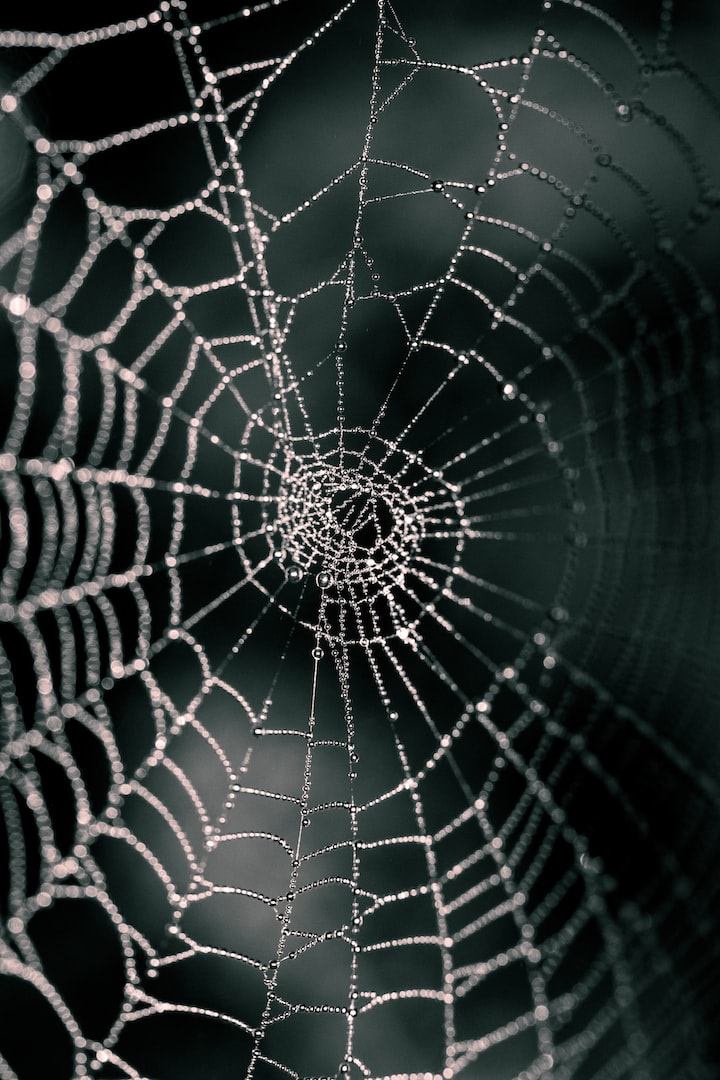 Photo by Kevin Grieve on Unsplash

This all started innocently enough. I know you won’t believe me, what with me covered in enough DNA to keep a CSI team busy for a month. Let’s just say, I’m not black light appropriate at present.

Since we have a few minutes to simmer in our juices -- well, someone’s juices -- I should probably fill you in.

It really did start out innocently enough. I swear it. Up until now, my only DNA-related quandary was how to keep mine and that of my former boyfriend from intermingling in some meaningful way that would result in a party of three.

This is the part where I should describe him to you, all tall, dark, and handsome with a delicious accent and a designer watch that screams bread in the bank. But that’s not what gets you with this one. Maybe some of those things are true. Maybe all of them are. What gets you is the posture. An undeniable self-assuredness without the slightest hint of cockiness. He is owner. Of that, I have no doubt. Of what, I’m not yet sure.

A girl walks into a bar. She meets the man, only this time the coffee is Irish and his back is to the wall. Far corner booth, even though the bar is hardly half-full in the late afternoon light. It’s important, he says, that no one can see over your shoulder when you’re doing this kind of work. Lesson number one.

Her heartbeat elevated, the thin line between nervousness and excitement blurred. Everything the man reveals sends a thousand forming questions to her brain.

He talks about anonymous people, anonymous actions, anonymous currency. Her eyes grow wide. There’s safety, he says, in all that anonymity. Safe, she thinks, is not a word she would use to describe this new world. It’s got to be better than in her lather-rinse-repeat life, she knows. You can be anyone, he tells her. You can be no one.

And so she meets him again and again. She’d always wanted to go back to school, though this isn’t quite what she’d pictured. Yet here she finds herself with a personal shepherd into the dark web.

The pills are smaller than you’d think. Like tiny Tylenol. I never would have taken it if I hadn’t been certain what it was. You can buy anything with cryptocurrency, he says. Anything.

I’m not saying I haven’t indulged in some activities that might well have killed me in my 30 years on this planet. I’m just saying I like to be an informed consumer. Not that I think he would put anything in his body that he wasn’t sure about. I doubt the guy has touched refined sugar since grade school. This one has discipline written in every cut of his sculpted physique.

Besides, he tells me, MDMA isn’t addictive and it’s like nothing you’ve ever experienced. But yes, he says, we can be sure.

Did you know you can actually send a sample of your drug to the DEA and find out exactly what’s in it? Anonymously of course. It's supposed to scare club kids straight who are tempted to take a pill from any bozo on the street. Show them what they’re really taking and maybe change a mind or two. With Ecstasy, you’re looking for MDMA. That gets you the feeling you’re after. But you have to be careful. You might end up with anything from a caffeine pill to something cut with ketamine or meth. That’s why we test, he says. Every time.

A lovely nest of pillows – check.

Thirty minutes pass. I don’t feel anything (except a little nervous). Is this right? I’ve never done this before and I don’t know what to expect. But I’m trusting him, and he trusts the science behind the drug. He trusts the test.

45 minutes. My fingers start to feel cool and tingly.

"This is the thing. It's happening."

Breathe in. For the first time, ever, I feel it. My focus is drawn to the very molecules of air passing through my lips, down my throat, into my lungs. Breathe out.

My hands are light. I need to move. I run my fingers through my hair, each solitary strand, living under my touch.

I notice my fingers running up and down the length of my dress, enjoying… no, consuming the feeling of soft cotton against my skin. Layers of sensation stacking up but not distracting from one another.

He’s feeling it, too, now. His smile crinkling the corners of his eyes, brighter now than I’ve ever seen. We’re holding hands. Only that’s not exactly right—our hands are gliding over each other’s. Fingers winding and unwinding in constant motion. It’s impossible to stop moving. Impossible not to feel the music.

My mind is clear. Unclouded by even the possibility of a negative thought. I’m completely grateful for everything in my life. I see for the first time.

The music. Oh my god, the music. My body primal under its insistent beat.

"Do you feel beautiful? You should. You're so beautiful right now."

He kisses my neck. I might as well have never been kissed before. At least it never counted before now. Now, I feel its energy. He grabs a fist of hair and pulls me to him. I can almost see the gasp that escapes my lips. My breath sounds foreign, yet I am so completely connected to this moment, I know that it’s me. Truly me.

I can't keep my hands off of him. In the most literal way. Every molecule in our universe insists on connection, refusing to be denied. My need for touch is incredible, and he's a willing subject.

“You’re peaking,” he whispers into my ear, waking each nerve in my little lobe.

Every touch is pure electricity. He guides me to our nest of pillows. I’d wondered when he insisted on a cozy place to lie down. I wriggle into them, feeling every fabric. Every corner. Every embellishment.

He kisses me. Caressing. Teasing. A tempest of touch. He’s playing me like a symphony under the open floodgates of my senses.

He presses my thighs apart. The sweep of satin panties as he pulls them aside sets me off. He doesn’t relent, staying with me as I feel wave after wave of pleasure. Pushing me over the edge again and again with his fingers. His tongue.

“This is why they call it Ecstasy,” I purr.

He starts to come up as I start to come down. Only down isn’t quite right. I’m floating on an endless stream of sensory input. He told me this is how it would be.

“It’s why they call it rolling,” he says.

I kiss him, biting his lip lightly. Have my lips ever touched lips before? At once taut and yielding. Full. Soft. I brush my lips against his, then press firmly against them. I lick them. He laughs.

My lips trace the contours of his expertly defined masculine form. He tries to slide a pillow under me, but the cool hardwood is exquisite beneath my knees. The grain, beautiful. Inviting. I press against him, running my nails lightly up and down his thighs. I take him into my mouth, feeling his hardness. Enjoying him enjoying me. The level of sensation is beyond anything I could’ve imagined.

He tells me he’s never able to get off when he’s rolling because his body is like a living orgasm. He lets me suck him anyway, knowing I’m loving the feel of his cock in my mouth as much as he’s enjoying my lips wrapped around him.

A million hours pass. Or is it minutes? Then we are both… not down, but… level. We talk. He looks into my eyes and I feel like I’m in his brain and he’s in mine. But so much more than that, we are here. We are in this moment and we are this moment.

I am left whole. At peace. Calm. Healthy. Real. For the first time ever.

If she hadn't loved him before, she loves him now.

The man had learned long ago that Ecstasy was a good way to enamor a girl. He knew it was safe. He’d known she would be his.

The man takes an entire lesson (trying) to explain Bitcoin to the girl. The goal is simple enough, she thinks. Anonymous digital currency used to buy and sell things anonymously. Identification, sex, drugs, even a hit man. She laughs when he tells her this, picturing what an online ad must look like for a hired gun.

She thinks it might take another lesson or two before she understands the ins and outs of the open source ledger and the complex way in which Bitcoin is released into the system.

She tries to be a patient student, but she’s hungry. She no longer tries to sate her appetite with a so-so job, so-so oatmeal, a so-so life.

The man tells the girl he needs to use her address to receive shipments. Why? She wants to ask, but he tells her in a way that makes the question seem petulant. Impossible to ask. Besides, she trusts him. The thing with the Ecstasy went just as he said it would, so why shouldn’t she trust him? The gnawing at her gut, she tells herself, is the hunger. The excitement. Her want for more. So, she says, “okay.”

Don’t open the packages, he tells her. She says, “okay.”

I'm Lori, your sweet, sultry neighborhood mom. I love telling spicy stories - both fictional and from my life. If you want to peek into the window of the married, vixen-next-door, here's your chance. Reddit.com/u/good_lord_lori

More stories from Good Lord Lori and writers in Filthy and other communities.