A teasing alpha gets what he deserves. 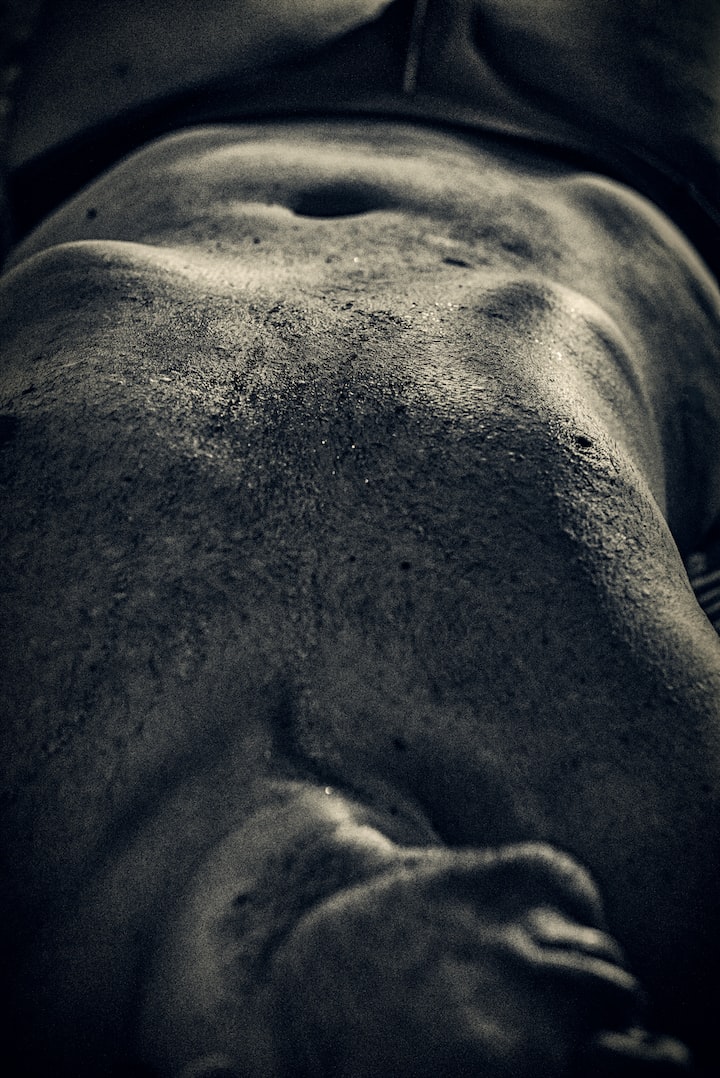 Photo by Cosmopolitano Music on Unsplash

Shawn was feeling.. bothered. Dane had been teasing him all day, whispering "I love yous" in his ear and kissing his neck anytime he got the chance- he'd even smacked Shawn's ass a time or two. And it was getting on his nerves.

It was nearly midnight when Shawn had finally had enough. Dane came up behind him and kissed his neck, the werewolf dragging his fangs along Shawn's sensitive skin. The other werewolf groaned, his head falling back with a growl as Shawn suddenly pinned Dane to the wall and hissed. "You fucker, you've been asking for this all day."

Shawn's mouth attacked Danes lips, sucking on his tongue and bottom lip as they both moaned. Without breaking the kiss, Shawn turned Danes body and backed him up until the back of his knees hit shawns bed. Dane sat down abruptly, a puzzled look on his face. But then Shawn climbed into Danes lap and started to suck on his neck, Dane swallowing hard as his breath caught in his throat. His hand tangled in Shawn's hair, holding him close.

Shawn paused to tug on Danes shirt, pulling it over his head as Dane lifted his arms. He didn't even have time to blush before they were kissing again, bodies pressed together. After a minute, Dane found his hands yanking on Shawn's shirt, not even realizing he was doing it until the fabric was in the process of being removed. Their lips pressed together again, open mouthed as tongues danced and hands roamed.

Shawn's fingertips found the outline of Danes cock and he inhaled sharply, his hips unconsciously thrusting forward at the touch. Shawn chuckled, enjoying the reversal.

"Who's teasing now, hmm?" Dane hissed as Shawn grabbed his dick through his jeans.

The wolf simply smirked, sucking on Danes neck while he worked on freeing his erection. Shawn needed this. Needed him.

It was a matter of moments before Shawn's lips had moved to the head of Danes cock and the man hissed at the attention, almost cooing as Shawn began to slather his spit around his rod and move his head up and down.

I've said it before, but holy fuck was Shawn good at that.

Dane moaned, his body twitching as Shawn worshipped his cock. They locked eyes for a moment, then Shawn pushed Danes legs up and did something Dane never would have expected.

He began to eat Danes ass.

His tongue pressed flat against his tight hole, fluttering side to side as Dane almost shrieked in surprise and pleasure.

Shawn grinned as Dane writhed underneath his hit tongue, gently probing inside with the tip. Dane yelped, almost jumping off the bed as he grabbed at Shawn's body, searching for any sort of contact. He didn't know what he needed, he just.. needed.

Shawn grinned, redoubling his efforts as Dane moaned. Then he gasped as a finger pressed into him. It hurt, but not as much as he expected it to. The slight stinging sensation quickly faded, and then he saw stars as shawn hooked his finger around and massaged his prostate.

He groaned, back arching upwards as Shawn began to move his finger. God that felt so good. Better than he would have imagined.

That sly dog had planned this, what the fuck?

But did Dane care? He thought about it for a moment as Shawn lubed up his fingers, then found he couldn't really find it in him to care as he started to finger his ass again, this time slipping two digits inside and scissoring them against that sensitive spot as Dane cried out.

They were both panting with hunger and need when Shawn finally lubed up his cock and lined it up with Danes entrance, and he forced himself to pause. This would be Danes first time, and he wanted to make sure that it was something he wanted too.

Dane whimpered, whispering as he grasped at Shawn's hands. "Shawn.. please.. I need you.. I need this. Please."

Something in Shawn melted. God he loved this man. Without wasting another second, he began to press the head of his cock to Danes tight hole, gently thrusting until it popped inside. Dane hissed again at the pain and discomfort of it, his face scrunching up as Shawn shushed him. "shhh, it's okay. It's okay. I'll be gentle."

Slowly, Shawn continued his venture forward, and after a minute he was buried in Danes ass. They both groaned, Shawn laying his head on Danes shoulder for a moment before he began to rock his hips. Dane whimpered beneath him, a sound full of need and pleasure. It spurred Shawn on, moving his hips faster as he began to fuck Dane.

He was fucking his mate.

And it felt bloody amazing.

A few moments after, Shawn grunted as well, fucking Dane faster and harder until he came. They sighed, breathing hard as Shawn let his body fall onto Danes.

"Fuck me love, that was bloody brilliant." Shawn smiled, kissing Dane on the side of the mouth before Dane turned his head into the kiss and their tongues lazily caressed each other.

Dane shifted, feeling strangely empty now that Shawn had pulled out. He hadn't hated it, but it hadn't exactly felt right either. He pulled Shawn I to him, spooning his mate as he sighed. Shawn perked up, knowing exactly what was wrong. He had felt the same way. While Dane knew very little about sex, Shawn was by no means inexperienced. And he usually topped his other partners, but with Dane, something just felt.. off.

"You okay babe?" Shawn asked, turning over to face Dane. Dane nodded, a far off look on his face.

Yeah. That would feel better.