Dane and Shawn in the Bathroom

A makeout session in the bathroom leads to something more. 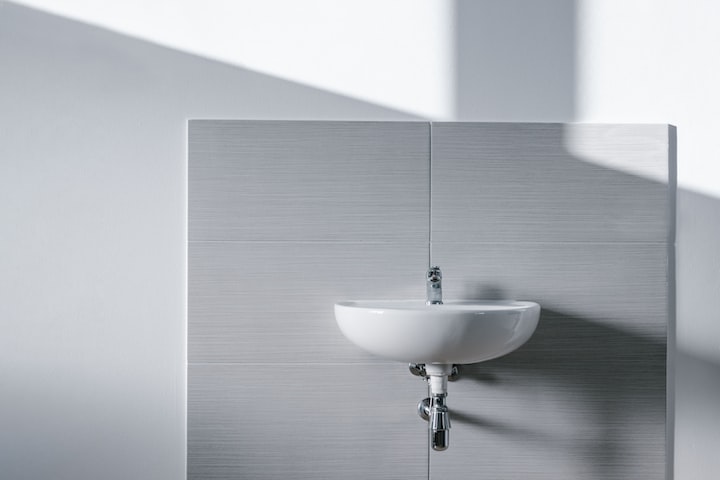 Dane pulled Shawn over to a table, grabbing him some water. He wasn't joking about that, obviously he wanted Shawn at least a little sober. Dane had no clue what the hell he was doing.

Shawn begrudgingly drank the water, and when Dane thought he was sober enough he pulled his blond beta over to the bathroom.

The beta was a bit confused at first, then was struck with realization when Dane placed his lips on his.

They hadn't even gotten into a stall.

Shawn kissed Dane roughly, pushing Dane into an open stall and slamming the door and locking it behind him. Dane pushed Shawn against the chilled door, grabbing Shawn's hips and pulling him closer.

He just wanted to get closer.

Shawn pushed his tongue against Dane lips. Asking for entrance. Dane shyly allowed Shawn to do what he wished. Letting Shawn use his tongue to explore Dane's mouth.

They only took a moment to come up for air, the beta taking off the top part of Dane's costume. I mean, why wear a top if he was dressing as a boxer.

He ran his hands up and down his alpha's torso, giggling a bit when Dane looked away, biting his bottom lip with a shy expression on his face.

"God you're so hot." Shawn mumbled, he wrapped his arms around Dane's neck leaning in to kiss him once more.

Dane pushed Shawn back against the door again, now grinding against Shawn's crotch.

Holy shit that was hot.

Shawn moaned lowly leaning his head back against the door, allowing Dane easy access to his neck. One of Dane's hands was set, gripping onto Shawn's hip. The other feeling Shawn under his costume. Dane's hand slipped around under Shawn's shirt, his fingers tracing the beta's spine.

The blond's skin tingled as Dane assaulted his neck, kissing it then biting it, leaving small bruises. Dane kissed along Shawn's jaw then trail to his mouth.

Gyrating his pelvis against his beta's, Shawn grabbed a fistful of Dane's hair, kissing him harder.

Dane moaned when Shawn's hands traveled, grabbing his ass through the thin fabric of the boxing shorts before he pushed him into a stall. Dane might be the alpha, but he was putty in Shawn's hands. He knew what he was doing, and what he was currently doing was pulling his hair and oh fUCK.

Shawn was grabbing his dick.

Danes knees buckled, hands shooting out in front of him the catch himself as Shawn began to grope his cock through the shorts. It was a bit nippy outside, but Dane had never felt hotter. He groaned in pleasure, fangs and claws extending with each new touch. Fabric hissed as his claws tore small holes in Shawn's shirt while he sucked on his betas neck. Shawn gasped as Dane left small marks on his skin, then growled and shoved him back a little.

"Shawn wait, what are you-"

"Shut up." He hissed, undoing Danes belt and slowly falling to his knees in front of his alpha.

Dane stopped speaking, more than a bit curious as to what he was doing. He blushed when Shawn took his cock out of his boxers, an O shape forming on his lips as the beta leaned forward and licked the dripping tip.

Dane breathed out hard, again bracing himself against the stall to keep himself from falling.

His breath caught in his throat as Shawn's lips closed around the head of his dick, then began to move his head back and forth until his entire length was coated in drool.

Dane had never felt anything so good.

And Shawn was good at sucking cock, not just by Danes standards either.

Dane groaned, his fingers tangling in the back of Shawn's hair. He wanted to stop. This wasn't right. Shawn was drunk.

But fuck this felt good.

He didn't even notice when he began thrusting his hips. But before long Dane was fucking Shawn's throat as Shawn only somewhat struggled to keep up.

They were both breathing heavy. The bathroom door opened, but neither of them registered it. Nor did they register the growl that came shortly after. They were too caught up in each other.

Shawn began to grind against Dane, fully consumed by his mates scent. But then he heard a voice. A familiar voice.

What was his brother doing here?