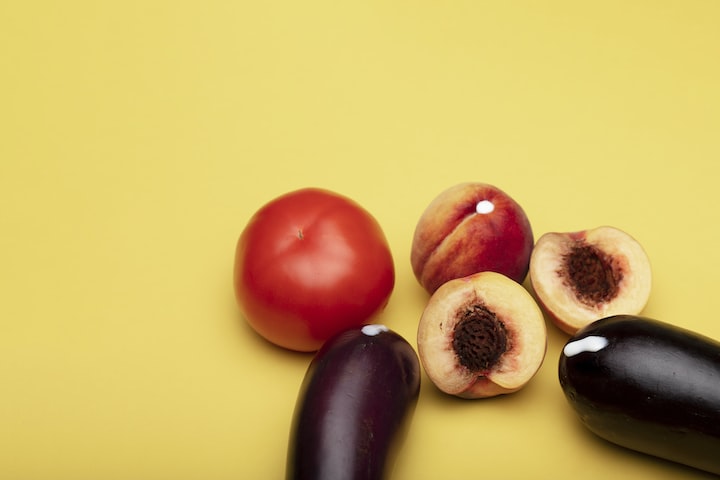 Photo by Deon Black on Unsplash

Lee and David never spoke about what they did behind the dumpster at work last week. In all honesty, they were too busy. Lee's other two managers were on vacation and Lee had been stuck in the bar making drinks and taking orders there. David often worked outside at the pool and on the outside dining area. When they did cross paths Lee felt that David seemed kind of awkward and cold toward him. "Had something happened?" Lee wondered.

It was unusually busy on this Thursday afternoon with lots of golfers coming in early to the bar to get bear and drinks. They were preparing for the upcoming golf tournament the Country Club holds every year. Lee and his co-worker Mackenzie were pushing out drinks left and right. Then in walked Paul.

"Hey Paul, what can I get you today?" Lee asked

It wasn't unusual for Lee to call Paul by his first name as since he worked at a private club, many of the employees are on a first name basis with several of the members.

"I'll have a double vodka and sprite." Paul responded

"A double, in this heat?" Lee's coworker Mackenzie implied

"Well I may not be in again for a while, and I don't want to get caught with my pants down. Or do I?" Paul said giving a side eye to Lee. Lee grinned. Mackenzie didn't notice the subtle looks Paul was giving Lee as she was busy pouring the drink.

Paul thanked them as he grabbed his drink and left the bar. "Put 20% on my tab Lee." He yelled back.

A few hours later Paul returned this time with another member who was getting some beer. After ringing him up, Lee told him the total and he handed Lee a twenty. "Keep the rest for the tip" the man replied.

"I'll give him just the tip" Paul said coyly as the other man walked away rolling his eyes. This caught Lee off guard and made him blush a little as he turned to look at Paul. Paul, looking at his phone the whole time, never looked up and dropped a few dollars in the tip jar although he didn't get anything.

Although Mackenzie wasn't in the bar with Lee when Paul said that, he couldn't believe how forward he was being with other people around. Well, everyone except his wife.

Later that evening as the golfers had ended their rounds and stopped coming in for drinks, Lee and Mackenzie began to set up for a reservation coming in an hour. It was for Rick Warren, a younger member, late 30's married and quite the beefcake. Stereotypical jock persona. Really sexy until he opens his mouth and you realized there's not going on in his head. But the eye candy makes up for it. Rick always wears a fitted t-shirt that shows off his pecs and muscular arms, and shorts that hug his bubble butt. And tonight Lee gets the honor of serving him.

The reservation time rolled around and Rick came in with his wife of course, and a couple of buddies and their spouses. Drinks and apps were ordered. After a couple of rounds they decided to order their entree's. Lee took the orders and went back to the bar to put them in to the POS. Rick walked up asking about calories and the heaviness of the cream on the salmon dish. Lee told him that he was unsure of that and Rick went on to talk about how he had just gained 14lbs, in a way that suggested he was watching his figure. "Well it looks like you put those fourteen pounds to good use. You're in great shape. What are you worried about?" Lee said slapping Rick on the back. He let his hand stay there for a moment as Rick went on about how he carries his weight around his waist and is trying to get back into shape. Lee sort of zoned out as he admired Rick's biceps and pecs protruding from his t-shirt. As Lee snapped out of his trance he realized Rick caught him staring and that his hand was still on his back.

"You know what I mean man? I carry it around here" Rick said lifting up his shirt. "I've got a six-pack but I'm trying to get an eight" Lee was pretty sure his mouth fell open as Rick revealed his tanned chiseled abs underneath his shirt. Rick rubbed his stomach as he talked letting his hands trail down his happy trail and skim beneath the waistband of his elastic shorts. Lee's cock instantly throbbed.

"Yeah, yeah, I totally get what you're saying. I have the same problem although I'm not quite as toned as you. You look good man, I wouldn't worry about it too much. You've already got a beautiful wife." Lee said as he tried to play off the fact that he was basically drooling over Ricks' body. Rick gave Lee a wink and went back to the table.

Lee wasn't sure what that wink was about or the conversation for that matter. Maybe Rick is just a little drunk, Lee thought.

After dinner, Rick and his friends said goodbye to their wives. Rick came up to the bar and told Lee they were going to the locker room to play some pool and asked if he would bring them another round of drinks. Of course, Lee obliged curious as to what might unfold.

"Awesome, you're the man." Rick replied handing Lee a twenty dollar bill."There's more where that came from if you're willing to provide some extra services?"

"Sure thing what can I do for you?" Lee asked hesitantly. He hoped to get to shag Rick, but didn't expect it to be with his friends around.

Lee looked at all three of them, "I don't see why that would be a problem."

Rick and his friends formed a half circle around Lee as they began unfastening their pants in unison. Rick was the first to whip out his semi hard dick which was already above average. Long and a little thick with a big mushroom head. Lee grabbed it at the base as he inserted it into his mouth. Lee instinctively began bobbing up and down as Rick moaned in pleasure. "Damn you know what you're doing don't ya?" Rick exclaimed. "You boys gotta get some of this." He said to his friends.

The guy next to Rick was shorter than Lee, maybe 5'6 with curly brown hair and tanned skin. Although he was shorter than average he definitely had a good muscular thick build. His cock was also thick and about six inches. Lee grabbed a hold of it as he moved his way over to it slowly sucking as he accommodated the thick cock in his mouth.

"God, its fucking amazing," Sam replied "I wish my wife sucked my cock as good as this" With that Sam began thrusting his cock in and out of Lee's willing mouth.

"I bet that ass feels good too" Rick's other friend said reaching around and slapping Lee on the ass then giving it a grab.

"Damn right I do" John replied

"You gonna be our little toy for the evening?" Rick asked "Don't worry we'll tip you well for your services" Lee moaned mm-hmm as he continued sucking Johns big cock.

"Take your pants off" Rick said and Lee hastily disrobed. "Stand up and get on the pool table on all fours" Rick instructed. Lee did as he was told. Soon he felt a nice warm tongue begin to probe his tight hole. "Ahhh" said as he let out a moan. He looked back to see Ricks face buried in his ass. The sight made Lee cock throb even harder than it was. He couldn't believe what was happening. Rick spit on Lee's hole before probing his long cock into Lee's ass.

"Ahhhhh fuck!" Lee yelled jerking slightly as Rick pushed his cock all the way in Lee's ass. He was so deep Lee felt like he was poking his stomach. "Fuck that's deep!"

Rick thrust his rock hard member in and out of Lee's ass paying no attention to Lee's words. "That dick feel good don't it boy" Rick said as he continued thrusting deep and hard

"Come get some of it" Rick replied pulling his member from Lee's ass. John pushed his eight inch cock into Lee's ass and moaned. "Fuck this is a nice hole" John said in satisfaction. John's cock wasn't as long as Rick's and felt a lot better. He began to bounce on his cock in rhythm. "Fuck yeah boy!" John exclaimed smacking Lee on the ass a few times. He pulled out and told Lee to turn over. Lee got on his back and put his legs in the air and John put his cock back in his now gaping hole.

John grabbed Lee's ankles and began fucking. They locked eyes and they fell into a rhythm of fucking. Soon John began to moan in pleasure as his breathing got harder. "You want this seed boy? I'm gonna fuck my load into that ass of yours?" Rick said between breaths. "Fuck yeah give it to me" Lee replied as John pounded his cock harder into Lee's ass. Lee's hole gripped John's cock as he shot his load deep into Lee.

Rick and Sam were sitting on the couch stroking their cocks as they watched the hot scene unfold in front of them. "Come sit on my dick" Sam said. Once John finished unloading inside of Lee, he hopped off of the pool table and made his way to the couch. Straddling Sam he guided his cock into his now gaping lubed hole. Sam grabbed Lee's ass with both hands as he began to bounce up and down on his cock. They locked eyes and both leaned in for a kiss. They began to passionately make out as Sam guided Lee's ass up and down on his rock hard cock quickening the pace. Soon Sam began to shoot his load in Lee's ass. "Fuuuckkk" Sam exclaimed as the last few drops of cum deposited into Lee's welcoming hole.

"Let's do this again sometime. That was awesome." Rick said, his friends nodding in unison.

As they left, Lee got dressed and went to the bathroom to clean up.

Novice writer hoping to expound on my interest for writing an hope to one day become a published writer. I’ll be writing in different categories such as fiction, journaling, hobbies/interest. Check out my writings and I hope you enjoy them!

More stories from Kevin Martin and writers in Filthy and other communities.