by Juniper Jones 2 years ago in fiction
Report Story 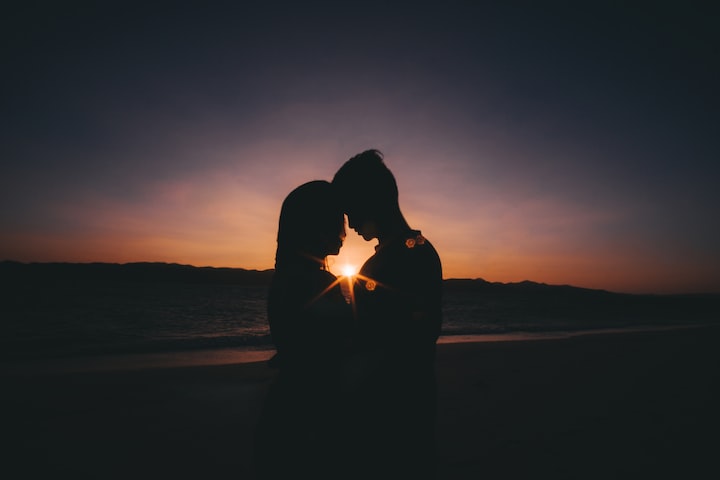 Photo by John Hernandez on Unsplash

The beach was perfect in the night air as Lydia stretched out on a blanket. She was enjoying the view of the night sky with all the stars that were out. So many that it would be pointless to count. The air smelled of hibiscus and of the barbeques that were happening just up from the beach.

Lydia had brought Cindy along with her. It seemed her and Brad had really hit it off too and she was happy for them. Brad had come along as well, and it was great seeing Jonny and Brad talking about the day or goings on from the town.

Lydia was wearing a designer bathing suit that Jonny had picked out for her himself. She would have never spent this kind of money on herself, but Jonny had insisted. She let the sand sift through her fingers and enjoyed the heavy moist air that was broken by an intermittent breeze.

Only thing that was missing was the feel of Jonny’s languid body next to her own. She sat up and looked out over the water and knew she had done the right thing. She was still an active journalist with the local newspaper but moonlighted, so to speak, by getting anything that Carol may need to keep the clinic running smoothly.

Finally, she could see Brad and Jonny over by the bar. They had offered to pick up some drinks and bring them. Looking like they were having a good time, Jonny was laughing while Brad had that same sheepish grin on his face the day on the first day or two that they had met. Lydia hid her smile behind an arm remembering the situation. He really had nothing to worry about. It was just the situation like Lydia had thought.

Cindy was over by the pit where they were making a traditional pot roast with pork buried in the sand and was wearing her necklace of flowers while watching the fire.

The honeymoon was going well, and they had decided to have an unconventional one by bringing their friends along. It hadn’t been a double wedding and Cindy still thought that Lydia was crazy for moving so fast with him. They may have been of the same age but differed greatly in opinion.

Cindy ambled up to her enjoying a pink martini then flopped down next to her.

“Enjoying yourself. I know I am.”

“You know how to pick them, girl.”

Lydia grabbed one of the spray bottles and gave her a playful squirt.

“I think you and Brad really work well together. What’s holding you up?”

“Nothing but the pleasure of knowing that we have each other I suppose, and it doesn’t matter what others might think. I am secure in what I feel towards him and he know that.”

“You are such a stubborn woman Cindy, really.”

“Very funny. I just knew what I wanted and went for it. Mind you, it helps having a ring on the finger sometimes.”

“Here, let’s go back to the fire pit. The pig is almost done, anyhow, and there’s going to be dancing and some music. Come on.”

“If you don’t mind, I am just going to hang back for bit.”

Lydia continued to look out over the waves and wondered if she had rushed into things with Jonny. There was no question. She did. And she didn’t regret it in the slightest. It had been a whirlwind of a time during the first few months when she had first arrived in that small well-to-do town.

The sound of sand being scuffled around behind her alerted her that someone had come up behind her. Someone put down some glasses next to her and she could tell by the simple band on his hand that it was Jonny. Under the band the mate to her own matching inked ring was weaved and worn with pride. The thorns weaved their story the way they had told their story to the person who had done the work.

She traced the weave around her finger, and she looked at Jonny through her knuckles and smiled. The tattoo was grey with thorns that were red. He reached out and twined his fingers through hers and brought them to his cheek. The tender gesture was becoming more frequent now and she couldn’t believe her luck in finding this man that was able to know what she needed not only in the bedroom but outside as well.

She kissed him then and let the taste of the pineapple linger on her lips. Lydia leaned into him and pushed down into the sand to lay half on half off him. This is all she needed right now. The sky and air with the arms of the one she trusted and knew trusted her in return.

“You know you will always have me with you, I meant that.”

Jonny held her and they both starred up at the sky unable to make out any constellations because there were so many. It had been a long time since she had seen the lights like this and couldn’t recall the last time, she had felt this comfortable in the arms of a man.

The moon was slivered and beautiful in the night sky and with the drums beating in the background Lydia found it inescapable. She looked over to Jonny and ran her hands through his hair. He turned to look at her expectantly.

She leaned over him and picked up the glass by the slender fluted neck.

“Let’s catch up with Cindy and Brad. It looks like they are having a good time.”

As she said that, Brad gave them a wave from the firepit.

Jonny got up and then helped her up. Pulling her to her feet he gave her a firm tug that brought her up close to him, so she didn’t have any other choice but to throw her arms around him.

“You are so going to have to stop doing that.”

“Why do you say that”

Lydia stepped back and then raised an eyebrow and looked down to her stomach.

She started to laugh immediately.

Jonny fell to his knees and grabbed her around the legs and pressed his head to her rounded pelvis.

Lydia wrapped her hands in his hair and tousled it around.

“You will always have me and mine.”, she said this in a whisper holding back the flushing of her cheeks as she did so.

He began to kiss her stomach and leaning back to let her see the smile across his face that was from ear to ear.

“I always told you that I would be honest with you.”

He said it with sincerity then stood to take her in his arms.

They walked arm in arm to the fire. They danced.

And, under the night sky they loved.

The sky cried that night, stars falling to earth washing the sky with their light.

I hope you enjoyed the series and if you made it this far I hope you will read more of my other material.

Tips are still very welcome and will further my endeavours of completing my renovations.

More stories from Juniper Jones and writers in Filthy and other communities.