Bride-To-Be Fools Around With Her Father in Law

by Elle A. Wild 4 months ago in nsfw 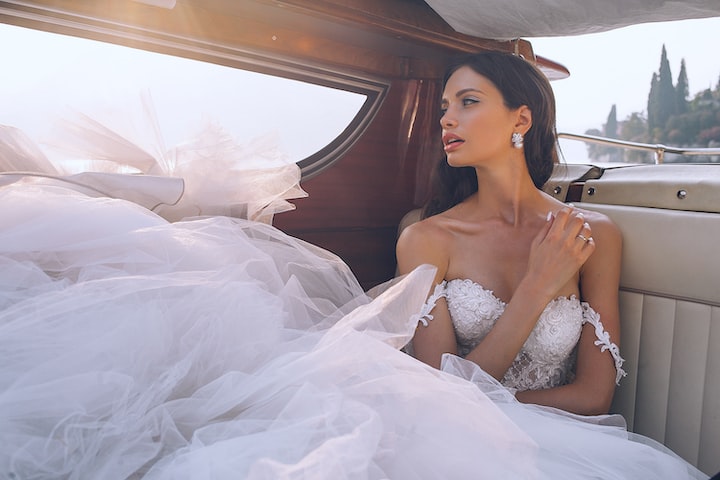 Photo by Orlova Maria on Unsplash

After months of planning and years of thinking about it, it mostly felt strange — sort of surreal — that the day had finally come and I was living it.

Dressed in my white slip, my actual dress in a garment bag nearby, I sat in front of the mirror doing my own makeup. I was alone, a choice that my bridal party thought was strange, but one that at least made sense to me.

Getting married is a rite of passage, and I wanted it to be appropriately meditative and personal. And since it was “my day,” no one was going to argue too much.

I couldn’t help but think it might have felt more real if we’d done the whole bachelor and bachelorette party thing — something to separate the old us from the us that would be walking down the aisle.

But Greg hadn’t wanted to. He’s not much of a partier, and I think he was afraid his guy friends would go over the top with strippers or worse.

Or maybe he’d been worried about me, and what I’d get up to.

I love Greg so much, and I couldn’t have been more glad that I’d be spending my life with him. But as I looked at myself in the mirror, some part of me felt like I had missed some step.

There was a knock at the door, and I jumped, too much in my own head.

I got up, still in just my slip, and went to the door, figuring it was probably my maid of honor. Maybe she was trying to force her way into my preparations after all.

Instead, I opened the door to find Greg’s dad Charles — my father-in-law-to-be — standing awkwardly outside. He looked handsome in his suit, which brought out the grey of his eyes and his salt and pepper hair.

“Hi — ” He seemed to notice my sheer slip and looked away as though embarrassed.

“I’m sorry,” he said, fumbling to open his suit jacket. “I just — I wanted to bring you something.”

I opened the door fully for him.

He seemed to hesitate but then stepped inside and I closed the door behind us.

I’d always thought of my soon-to-be father-in-law as a good man. Quiet and more reserved than his son, but kind-hearted and a deep thinker.

“I hoped,” he said, drawing something from the inner pocket of his suit jacket, “that you might wear this today.”

It was a necklace made of pearls.

“It was Maddy’s,” he said. She wore it on our wedding day.” For some reason, he still looked embarrassed. “I know it would have meant a lot to her if you were to wear it. If you wanted to, of course.”

His wife and Greg’s mother, Maddy had died less than a year ago, and no one was past the point of grieving, Charles’ least of all.

“You remind me of her sometimes,” he added, a sad smile on his face.

I smiled back and reached out to take the necklace from him, turning it over in my hands. It was obviously vintage, well-made. Not that any of that mattered to me.

He stepped closer, and I turned away from him so that he could do it right. I smelled the musk of his cologne — something like pine — both comforting and manly.

As he brought the necklace over my head, he came in closer, the necklace not so long. I felt his fingers on my skin as he lifted the hair off the side of my neck to slip the pearls underneath.

He worked a moment at the clasp, and as he did, I felt his forehead touch the back of my head.

I leaned in just slightly, closing my eyes, feeling my breathing change..

His fingers moved from the now-closed clasp, across the skin of my neck and to my bare shoulders. I felt him put his face into my hair, and as he did, I found that I had a desire to hold him.

I turned slowly, eyes down, and then I felt his mouth on mine, a kiss both tender and full of need.

He pulled away suddenly.

I reached my hand out and placed it on his arm.

I felt a tingling warmth between my legs.

Never before had I thought of my soon-to-be father-in-law in that way. He was handsome, obviously. Kind. Smart. But I’d never thought…

He put his hands on my waist, and before I knew it, the couch was behind him, and he was pulling me onto his lap.

I became aware of the very little fabric between us as my nipples pressed through my slip, and my white panties sat directly on his suit pants and growing bulge beneath them.

It was so wrong, but I continued to kiss him, slow and purposeful. To run my fingers through his hair. I pressed my breasts into his chest and heard him exhale.

He pressed me back the slightest bit, just enough for him to bring his mouth to my neck and kiss his way down to my breasts. I lifted them up to him, pressed his face between them.

I felt his hand warm under my slip as it moved its way up to caress one breast, to graze my nipple with his thumb.

He brought his mouth back to mine and his kisses felt hungrier — so full of need.

And I wanted to fill that need.

His hand slipped down from my breast, trailed down my stomach, and slipped tentatively beneath my panties. He moaned immediately upon feeling my wetness under his fingers and pulled me closer.

I could tell how much he enjoyed stroking me, letting his fingers slip between my pussy lips. It was in the tautness of his body and the care he took in each movement.

“You feel so soft,” he whispered, his voice deep.

This was a man who knew what he was doing, and every brush and caress of his fingers sent shivers across my skin as the ache grew inside me.

My hand moved to the button of his pants and unhooked it, undid his zipper, and let free the erection that had been building underneath.

I began to stroke it, to care for it with my hand.

It had been so long since this man had felt a woman’s love. I wanted to give that to him.

I lifted myself up on my knees, bringing his face between my breasts once more as I directed the tip of his cock to my entrance. I was so wet for him, and he was so hard.

I slid down him slowly, and he groaned the whole way.

I began to ride him slowly, kissing his face, his neck, his lips, feeling how well he filled me up.

I squeezed my pussy tight around him, holding his cock, massaging it as I rode up and down. He groaned.

“Mhm,” I said, bringing my hand to touch myself. I started to ride him faster as I massaged my pussy lips and my clit. I could feel the tension building in me.

I tilted my hips to direct his cock to get just the right place inside me as I moved faster, the speed of my hand increasing along with it.

I moaned. My pussy was beginning to tighten of its own accord, my fingers so slippery with my own wetness. I moved faster, building, ready to release

He moaned loader and pulled himself into me hard, starting to fuck me as I rode him. I couldn’t control it anymore. My legs began to shake, and then I came, spasms wracking my body, setting him off too.

“That was…” It took a moment for him to finish his sentence. “Wonderful. But this was very wrong. Of me.”

I touched my cheek to his face and held him. Then I pulled back to look at his face.

“You’re family,” I said. “And you needed me. I will always be there for you when you need me.”

Eventually, we parted and my almost father-in-law left, his wife’s necklace still around my neck.

I fixed my makeup and my hair, washed and quickly dried my panties, and got my maid of honor to put me into that big white dress.

When I finally walked down the aisle, something had changed. I had indeed left the old me behind, and it was a new me who met Greg at the altar.

With my new father-in-law sitting in the front row.

You can find more of my erotica on my website!

Elle A. Wild is a city girl who loves writing character-centric sexy stories that surprise even herself.

Elle writes from a perspective of female empowerment and pleasure, and if you’re not into that, well, she’s probably not for you.

Receive stories by Elle A. Wild in your feed
Elle A. Wild
Read next: Why Good Sex is More About Chemistry than Anatomy