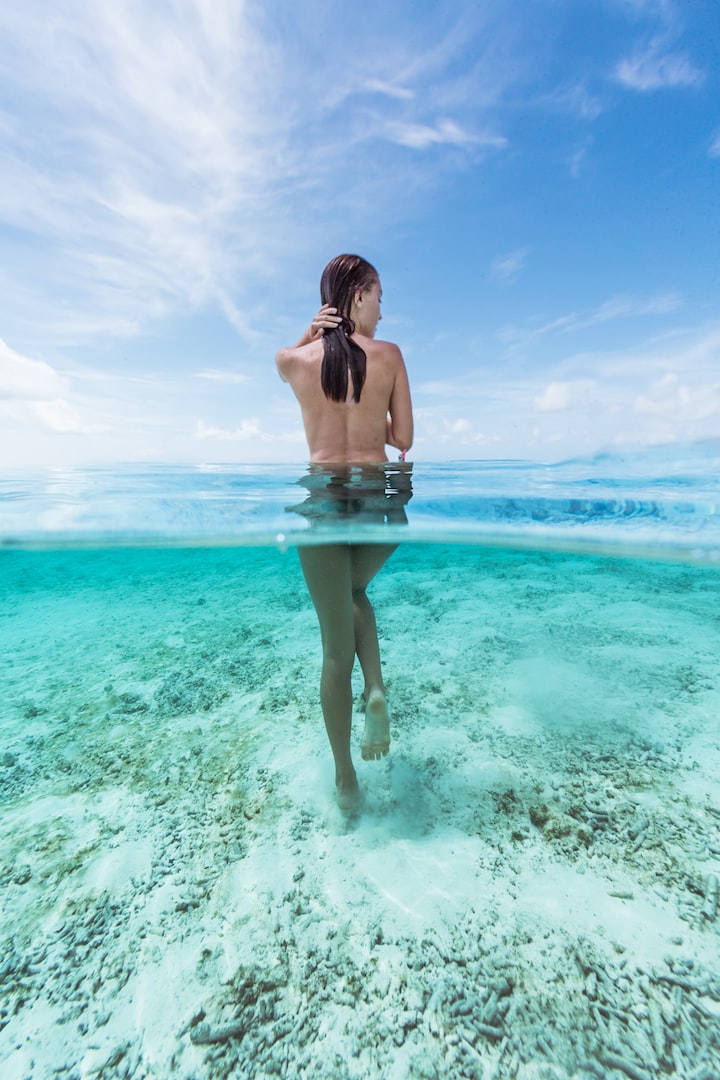 Photo by Shifaaz shamoon on Unsplash

His body was alluring, he was the very definition of tall dark and handsome and maybe it should have been him she went after but he smelled of trouble and she preferred the blonde beach boy. His hair still smelt of the ocean. It was light up beautifully in the sun and she couldn’t help but stare. He saw her looking and made contact with her eyes smirking when she turned away blushing. He was in love with that little bit of naughty innocence but he was a gentleman and waited for her to make the first move, not wanting to seem to forward.

She was getting ready to make her move but, she was nervous and didn’t know what to lead with, she was worried about rejection but then realised she’d probably never see him again so what did it matter.

She walked over to him her hips swaying slightly trying to appear sensual.

‘hi’ she said. Sometimes it better to keep it simple, to much flouncy language can be a bit crude straight off the bat.

He reciprocated her conversation and motioned to the seat next to him, pleased with herself, she grew a bit bolder and he giggled liking the attention. They headed out of the cafe back on to the beach him ready for any excuse to pull of his top and display his perfectly toned body and her eager to put his big hands to work rubbing sun cream into her back and maybe a bit lower if he was lucky.

The conversation was steady and she could feel the chemistry as could he but I’m sure they would both readily admit there was nothing more that a physical connection there. But who says there’s anything wrong with a little harmless lustful fun.

So when she leans in to plant a firm but supple kiss upon his soft plush lips he is eager to receive and respond and soon it’s no longer lips that are connecting. His hands running up and down her back cupping a bum cheek as he does, she moans into his ear and the sexual tension boils over.

His lips on her neck placing kisses anywhere he could find room, her hands reaching down towards his crotch ready to elicit the moans she’s been wanting for wanting to full fill every sexual fantasy she’d ever had.

‘let’s head back to my place’ she says eager to achieve a little more than fondling on the beach.

The second they got inside, they started pulling off each other’s clothes and their hands never left each other bodies after that, her breasts springing out of the push up bikini top she was wearing. His mouth leaving a hickey on her neck before dancing with her tongue.

She pushed his head down towards her sweet spot not that he needed much encouragement he was already down on his knees ready to eat her out the second she said go and she had definitely said go.

His tongue was quick to work, lapping, licking and sucking at her clit, letting out moan after moan after moan. She felt every wave of pleasure rolling through her body like she was being blessed until finally she reached her orgasm.

‘fuck me from behind’ she directed and he liked that she was taking charge, flipping her over quickly but positioning her so that he could see her tits in the reflection of the mirror. He wasted no time at all thrusting his thick long hard cock deep inside of her.

Hammering in and out of her like he was on a mission, each thrust harder than the last. Now he was the one moaning getting off on her breasts bouncing up and down, seeing his balls slapping her sopping entrance.

Her face was flushed, her hair a mess revelling in the thrill of this blissful pounding. She’d swear she could still hear and smell the ocean in the rhythm and slapping of his thrusts.

She could tell he was becoming closer to his climax as his movement became more and more erratic.

‘ready to go again’ he said with a smile.