All in the Cards

by Zeddicus Zane 3 months ago in fiction
Report Story

Chapter 1: The Beginning of the End 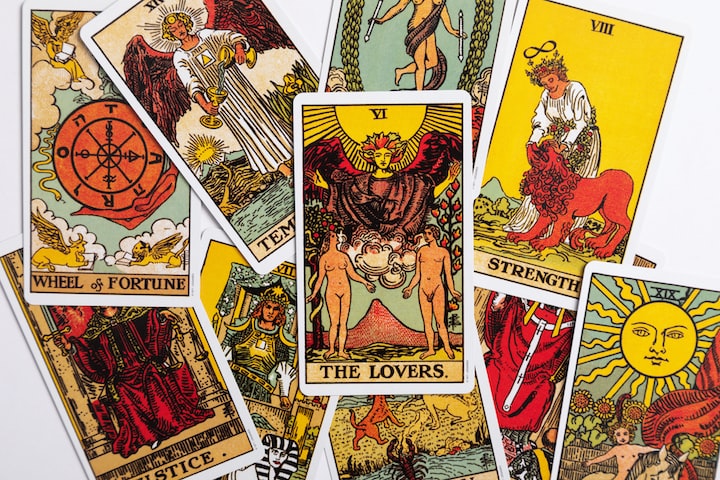 As a breeze swept past my skin,

And the goosebumps came again,

I knew that the spirits were talking

And with them I need to be walking

I grabbed my tools and brought them in

As I laid aside my crystals and runes

And silenced all the sounds and tunes

I threw down a Celtic cross spread

Chills came rushing back as I read

The first card pulled was the moon's

My first thought was of a deception

bumps rose at that thought's conception

I have long thought that she was lying

So the moon card was quite edifying

As her responses were always deflection

As I pulled the second card, I got the lovers

Again, thinking of her as my hand hovered

Telling me that she really had crossed me

I was curious as to what else I may see

I bet someone else was under the covers

Eight of cups showed what I feared the worst

One, I was on a business trip eight months ago

Two, that’s when the water decided to blow

Three, she and the "cute" plumber conversed

In the fourth card I saw the knight and Cup

That’s when I really knew what was up

Three weeks ago they "met at the store"

My trust was rapidly leaving that whore

As I seriously thought there was a hookup

As I flipped the fifth card I saw the tower

And thought of actions and that power

That could bring everything crashing down

I guessed that they would probably skip town

And I'd be left wanting in my darkest hour

With the 6th card I saw the current path

The nine or swords and its aftermath

I perceived what that card entailed:

My life would be completely derailed

When I beat him with all my fiery wrath

The 7th card manifested as the Justice card

That message was definitely not that hard

Because I saw myself as a justice bringer

Only I am nowhere near that die-hard

Card 8 came in the form of the Magician

To rely on all my tools as a good tactician

I loved her more than any other thing

I have the tools to deal with the fling

It shall all be dealt with via cognition

To see my hopes and fears, I pulled card nine

The three or swords showed fears of mine

Swords through the heart conveyed well

That I feared she indeed had other clientele

Which explains why we were on the decline

On the final card I knew what was next

Card ten had the name "Death" in the text

Death was indeed the card I had thought

Implying this relationship was for naught

And a new relationship was in the subtext

As I return my cards to their silken cloth

I draw upon my legacy: the book of Thoth

"May Thoth provide me with is godly wisdom

And help me to protect my earthly kingdom.

Lend me your divine fire water, the Azoth."

As I read from the book in the ancient tongue

A swift breeze whisks and scampers all among

The pages rapidly riffle, and then stop on one

This is the action that Thoth suggest be done

Then back to the shelf the book was thus swung

On the floor, I draw the circle around the star

I light each magic candle in its own special jar

Five candles, one candle placed one each point

I sit inside where all five elements are conjoint

Astral projected to where all my spirit guides are

They give me suggestions and ideas in plenty

I stopped them when the number hit twenty

Their guidance was appreciated, but trivial

The company of my guides is quite convivial

Them vs. Thoth, differences? There weren't any

I walk down stairs to quench my insatiable thirst

I take a shower and shave my dick and balls

She knows that means she must dutifully please

As I lean back in the chair, she sucks my cock

This little slut, she knows she's on the clock

As she gags on the dick, I pull her hair to tease

While she's being a good girl on my fat dick

I utter an incantation as I grab my other "stick"

With wand in hand I focus my on my intention

To give my hard, fat cock a massive extension

I pull her up when my balls she starts to lick

I sit her down reverse cowgirl on my pole

She feels my cock grow, stretching her hole

She whimpers as I put her hands on the floor

But this dirty slut continues to beg for more

So I put a massively fat plug in her ass hole

I get her so close to an orgasm, then pull back

Cheeks turn red as I give her whore ass a smack

I pick her up and thrown her onto my king bed

And force her to, again, give me some good head

Then I put her on her back and spread her

And slide my cock under all her beaver fur

My long, fat dick begins to pound her cervix

As if to send that pussy into the river Styx

As she squirts, her words begin to slur

Her pain in her slut pussy becomes steep

With one last orgasm, her body goes limp

Making her useless to her sneaky simp

From her pussy, all my sperm begins to seep

But before I discard this tramp of a slut

I keep going and fuck her in her tight butt

Her ass and pussy are throbbing and sore

Yet this dirty little slut still wants a lot more

Instead, on her tramp stamp, I spray my nut

As she exhaustively passes out in my sheets

I take a shower with some of my fave beats

From the shower, I walk over to the tramp

Then I release that lying bitch to the streets