A Young Woman, an Older Man, and a Vintage Car

Porter is attracted to the vintage car, but not as much as he is to the young woman who fixed it up. 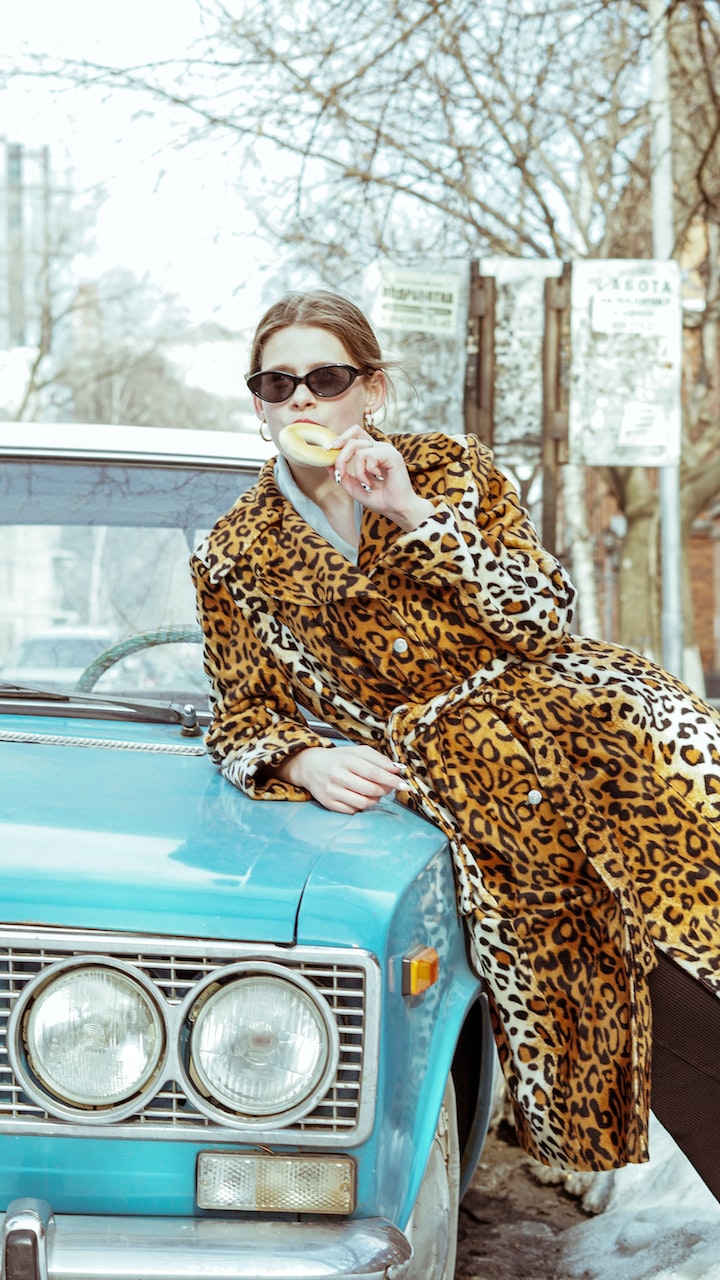 Photo by Олег Сойка on Unsplash

Porter ran a hand along the shiny paint job.

This car was a classic, a 1932 Chevrolet Coupe. It looked immaculate.

Porter looked around for the owner, his gaze falling on a young woman perched on a folding chair nearby.

She was gorgeous, wearing a flannelette shirt with the sleeves rolled up past her elbows and bib and brace overalls, she reminded him of himself in a lot of ways. Especially with the grease streak across her cheek.

“She’s beautiful. I’ve never seen one in as good condition. You work on her yourself?”

“Certainly did.” The woman put her hands on her hips, a beaming smile crossing her face. “It’s taken me a decade to get her to this point. Had a few naysayers, but I ignored them.”

“You did well. Ignoring the naysayers is the hardest part of it all.”

Her gaze roved over his body, and attraction clear in his eyes.

It gave his confidence a boost. He was a little older than she was, and certainly a little saggier than he had been even five years ago, but she obviously liked what she saw.

“Can I buy you a beer?” she asked, nodding towards the nearby pub.

“Sure.” He tilted his head in acceptance, his cock twitching in his jeans. A beer didn’t always mean anything more, but occasionally a guy got lucky.

They sat at the bar, where he learnt her name was Jaslyn, and they chatted about cars and engines as they nursed their beers. There was no doubt she’d been the one to work on that car, she knew more about it than anyone he’d ever met, and being a vintage car enthusiast, he’d met a few.

“So,” she took a swig, setting the empty glass back on the bar. “You single?”

She nodded. “Want to join me in my hotel room?”

She led the way, closing and locking the door behind him. He held back, wanting to be certain ‘join me in my room’ meant what he thought it did.

She turned to him, her gaze holding his as she undid her bib and brace overalls and let them fall to the floor, pulling her flanellete shirt over her head like a t-shirt.

His cock pulsed as he took in the scene before him, breasts peeking over the top of a lacy bra, panties so sheer he could see the dark mass of curls behind.

She grabbed his hand and pulled him to the bed, dropping in front of him to release his claustrophobic cock.

The relief was instant, and then she took it in her mouth.

“Damn.” He groaned as her tongue pressed against his tiny slit, then circled his dick’s head. Her mouth was like heaven, wet and warm, and when her hands fondled his balls he thought he might come there and then.

He tangled a hand through her hair as she continued to bob up and down, holding himself back from plunging deep into her mouth. Turned out he didn’t need to, with each movement she took more of him, deeper and deeper until she had him completely covered.

She glanced up at him, a twinkle in her eye, and wrapped a hand around the base of his cock so she could stroke and suck as his cock twitched and sprayed his seed down her throat.

“God damn.” His voice croaked. “Now it’s been a while since I’ve enjoyed that sight.”

“Glad to assist,” she grinned as she stood, licking her lips. “Now I don’t suppose I can get you to return the favour?” She took his hand and placed it on her breast, his cock already pulsing again.

“I’d be more than happy to oblige.” His voice was gravelly, as he dipped his head to kiss the top of her breast. He caressed her nipples with his thumbs, loving the way they pebbled under his touch, and nibbled them through the sheer fabric as he reached behind one-handed to unclip it.

“Ooh, clever.” She grinned, fumbling with the top buttons of his shirt so she could slide her hands inside and caress his shoulders.

She dropped her bra to the ground and her took a nipple in his mouth once more, flicking at it while his hand slid over her stomach and beneath the elastic of her panties.

They were already damp, which made his cock twitch again.

“I’m always ready.” She pushed her panties down over her hips to drop to the ground.

He grinned, scooping her up and carrying her the few feet to drop her on the bed. “Careful, you’ll have me ready to go again if you’re not careful.”

“That’s the aim.” She cupped a breast in one hand, squeezing a nipple as her other hand slid between her thighs.

His mouth watered, and he pulled off his own clothes and dropped between her spread legs, his mouth taking over from her hand.

She tasted sweet, and he explored her folds and her cunt just as enthusiastically as the first time he’d had a fuck. His thumb grazed her clit as his tongue delved inside, his cock twitching again as her body gave a jolt.

He switched, his fingers sliding inside as his tongue circled and sucked on her clit.

“That’s so good.” She moaned, her pussy walls clenching around his fingers.

She grabbed his hair as she came, rubbing her pussy against his mouth as her whole body shuddered with pleasure.

“Has your cock bounced back yet?” She glanced down, wrapping her hand around his erection.

“You must be magic,” he joked, as she pulled him up closer for a kiss.

“Maybe.” She grinned, reaching over to pull a condom from the bedside drawer and rolling it over his cock. She guided him to the entrance of her pussy and wrapped her legs around his hips. “Going to fuck me now then?”

He kissed her again, her soft lips waking more lust in him. She was beautiful, gorgeous, sexy. A treasure, if ever he’d found one.

Her pussy was wet and warm and tight around his cock, milking him as he thrust deeper and deeper, her fingers and heels digging into his back.

“Oh my God!” She reached between them, and rubbed at her clit, the movement turning him on even more, making him thrust harder, faster, deeper.

“Nnghh.” Her eyes rolled back in her head as she came again, meeting his thrusts before sinking back onto the bed as he came, too.

“That worked for you, then?” he asked.

“That’s got to be the best fuck I’ve had in my life.” She shook her head, as though she couldn’t believe it. “We’ll have to hook up again sometime, if you’re up for it?”

He grinned, his cock already bouncing back. “Oh, I’m up for anything with you.”