10 Cartoon Characters with Names that Sound Like Sex Acts

These beloved animated characters' names might give you pause.

If you found this article by Googling "cartoon characters" and "sex acts," you'll be disappointed by its lack of dirty drawings. But if you weren't searching for any such thing and don't care to see it, be careful when you're looking for information about your favorite animated characters; you might be shocked to learn just how much cartoon smut there is out there (Rule 34 most definitely applies to animation).

Once again, you don't have to worry about finding any freaky fan art featuring animated characters getting it on here. However, by reading on, you might proceed to ruin your childhood.

The characters listed here might not be sex symbols like Betty Boop or Jessica Rabbit, but they all have naughty names that sound like Urban Dictionary entries for sex acts.

This is obviously a quickie that starts with a guy whipping it out fast. I could make a joke about it ending with a "kabong," but there's nothing funny about bashing someone on the head with a guitar after sex. I guess this sex act would also include role play since ol' Quickie was into wearing a mask (how very Fifty Shades of Grey of him).

If this racist caricature still had a cartoon today, I'm sure our TV-loving president would be on Twitter ranting about how we need a wall to keep dangerous MS-13 members like the cheerful little mouse from crossing the border and stealing cheese from cats like Sylvester who don't even want or need it.

But Speedy isn't on this list to spark a political debate; he's here because has a name that sounds an awful lot like it could be the Dirty Sanchez's quicker-and-dirtier cousin. If you have no idea what a Dirty Sanchez is, go check out the highly-intellectual battle over the meaning of the term over at Urban Dictionary. And if you really hate yourself, apparently you can watch the act being performed in Dustin Diamond's sex tape.

Bronies have already ruined a cute kids' cartoon by creeping everyone out with their My Little Pony: Friendship is Magic fetish, so I'd bet money that some of them have also turned this innocent animated character's moniker into a real sex act. There's already one popular adult film trick that involves the word "pie," and the pinkie could easily be added to it (just be sure that you clear your browser history if you look up that pie thing). 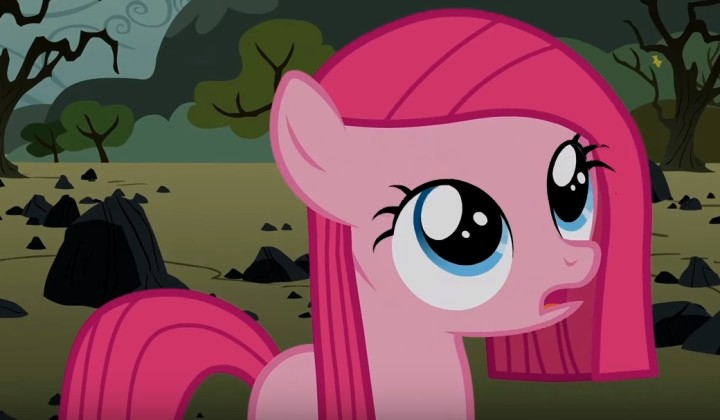 Can you believe that there was actually a G.I. Joe character with this mischievous moniker? I'll resist the urge to make a Frozen joke and will issue this G.I. Joe-style PSA instead: Watch A Christmas Story before you go outside in the snow and start sticking your tongue on cold things.

There's another character in the beloved 80s cartoon about army men named "Beach Head," a real American hero for those who prefer to perform their outdoor sex activities in warmer climates. Come to think of it, a lot of the Joes had nicknames that would perfectly suit adult film stars.

This sex act would include some hypersonic head bobbing. You just better pray that your partner doesn't cackle like this crazy bird when the deed is done (he/she might be hiding a mallet underneath the bed). Have fun thinking of this demented cartoon character the next time your partner picks up the speed while doing the downstairs deed.

This excitable Bambi character's name makes me think of that awful Crazy Town song that was popular many moons ago. Surely you remember these ever-so-eloquent lyrics from "Butterfly": "Come my lady / you're my pretty baby / I'll make your legs shake / you make me go crazy."

That was spicy stuff when you were a middle schooler impressed by the idea of getting a tongue ring. As a side note, did you know that Thumper was supposed to be a guy when you first watched Bambi? The leg-shaking seems like more of a girl thing.

Did Adventure Time ever make a Lemonparty joke? This bizarre character has a name that sounds like a rather painful sex act that involves a lot of squeezing. It's like that Led Zeppelin song with the lyrics, "Squeeze me baby, 'til the juice runs down my leg / The way you squeeze my lemon, I'm gonna fall right out of bed."

All that squeezing would probably result in some screechy screaming that might sound rather similar to this sour character's rather abrasive voice. In other words, this behavior would be "unacceptable!" 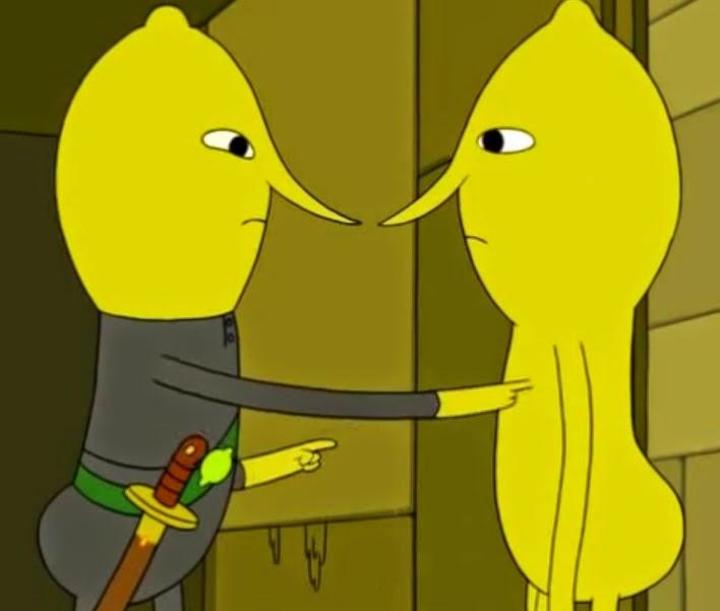 Spongebob's squirrel girl pal has a name that sounds like sex on the beach, and I could totally see a female adult film star adopting this cheeky moniker. Patrick Star would obviously be her costar. However, if someone is ever crazy enough to make a Spongebob Squarepants adult film, hopefully they don't include Mr. Krabs (ew).

You may not think that Sandy Cheeks belongs in an adult movie, but you have to admit that she certainly knows her way around an Alaskan Bull Worm.

This is obviously what happens when a guy gets his teeth flossed whilst exploring a lady's nether regions. To make this embarrassing moment less awkward, try making the object of your affection laugh by blurting out, "Heavens to Murgatroyd!" after you extract the offending hair.

Here's a fun fact about this anthropomorphic pink cougar: In 2017, DC Comics re-imagined him as a "gay Southern Gothic playwright." How awesome is that?

Sorry if this list makes it impossible for you not to think of sex whenever you watch any of these cartoons. To cleanse your brain, I recommend watching a few episode of Big Mouth.