by Ryan Patterson 5 months ago in Young Adult
Report Story 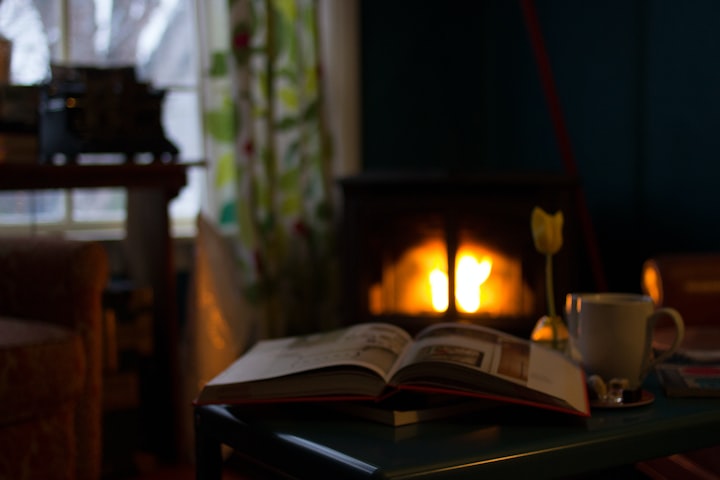 Photo by Pavan Trikutam on Unsplash

Are you bored with the traditional novel? Do you find yourself craving something new, something different? If so, you may be interested in a new type of fiction that is becoming increasingly popular: the realistic fiction.

What’s Realistic Fiction? Well, it focuses on stories that could actually happen. These stories usually have characters that are facing problems that are common in real life. Realistic fiction allows readers to escape into a story while still learning about the world around them.

This type of fiction allows the author to explore different aspects of the same story, and to create a more complex and multi-dimensional world for the reader. If you’re looking for something fresh and different in your fiction reading, why not give a realistic fiction a try?

One reason that people might think all fiction is unrealistic is because fiction is not true. Fiction is made up. However, just because something is made up does not mean it can’t be realistic. Many things that are made up can be based on real life.

Realistic fiction is often about people and their problems. It can be about love, family, friends, school, work, or anything else that is important to people. Realistic fiction often has characters that are easy for readers to relate to.

Now that you know what’s realistic fiction, you have a genre that is exciting, funny, and even tragic. You might be surprised at how much you enjoy it.

Realistic fiction deals with subjects that are plausible in the real world. This genre of writing is often used to address social issues or to tell stories that are based on actual events. Realistic fiction is often compared to other genres, such as fantasy or science fiction, but it is unique in its ability to deal with ordinary people in ordinary situations.

If you’re wondering what’s realistic fiction, it’s not a new genre of writing; it has been around for many years. One of the earliest examples of realistic fiction is the novel Mrs. Dalloway by Virginia Woolf. This novel, which was published in 1925, tells the story of a day in the life of a woman living in London. The story is based on the real life of Woolf herself, and the characters are all based on people she knew in real life.

Today, there are many different subgenres of realistic fiction, and new subgenres are always being created. Some of the most popular subgenres include contemporary fiction, historical fiction, and crime fiction. No matter what subgenre it falls into, all realistic fiction is united by its ability to deal with the everyday and the ordinary in a way that is compelling and interesting.

Realistic fiction often includes elements of other genres, such as romance, mystery, or thriller. In general, though, realistic fiction is stories that could have happened, set in the present or recent past, with believable characters and events.

One well-known example of realistic fiction is J.D. Salinger’s The Catcher in the Rye. The novel’s protagonist, Holden Caulfield, is a teenager who is kicked out of a prestigious boarding school and must confront the harsh realities of the world. The novel realistically portrays the struggles that many teenagers face, making it relatable and compelling to readers.

Another example of realistic fiction is John Steinbeck’s Of Mice and Men. The novel is set during the Great Depression and follows two migrant workers, George and Lennie, as they travel from farm to farm in search of work. The novel realistically portrays the struggles of the poor during this difficult time period, making it both eye-opening and heart-breaking.

There are many other examples of realistic fiction, including Harper Lee’s To Kill a Mockingbird, which deals with the issue of racism in the American South, and Ernest Hemingway’s The Sun Also Rises, which deals with the issue of disillusionment after World War I. These novels and others like them offer readers a glimpse into worlds that may be different from their own, while still remaining relatable and believable.

There are many, many other great novels out there, and I encourage you to explore the genre and find the ones that speak to you.