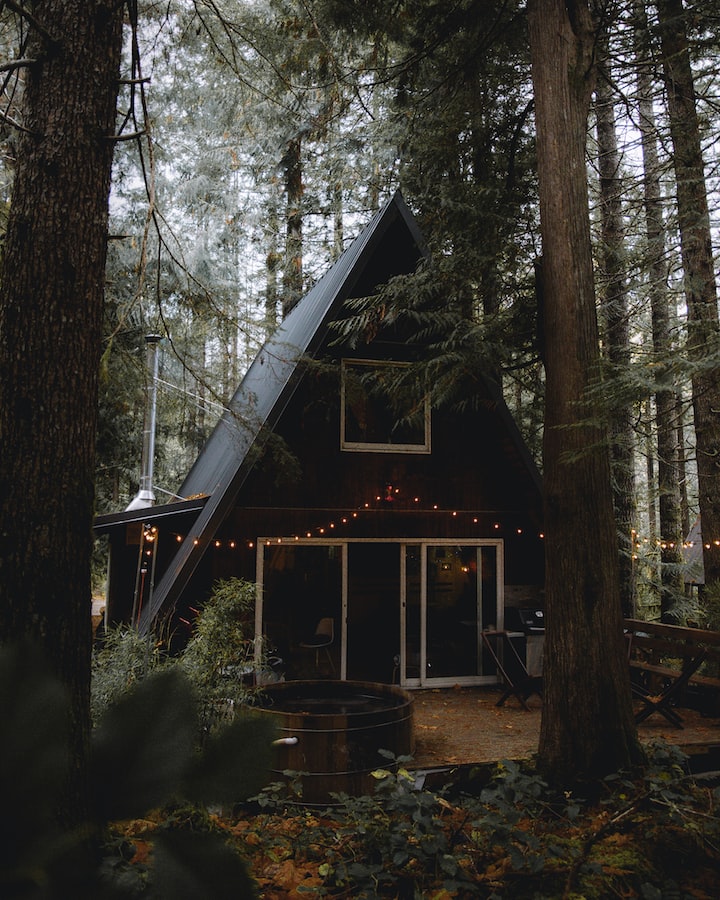 Photo by Kristin Ellis on Unsplash

"We drove up the snowy, winding road towards the cozy A-frame cabin." She sighed, remembering the last time that she saw Issac alive. "It was so cold that our fingers nearly froze in our gloves. We were wearing two pair of pants, snow boots, and thick fur coats." Phoebe looked around her therapist's office and stared at the Peace Lily on her desk. It was growing out of a vase full of water, with a betta fish swimming around in the vase. For a moment, she thought about how the fish must feel in that vase, not being able to swim outside of it. She turned back to Sandy and continued her story. "He wanted to ride the snow mobile, but I refused and went inside by the fireplace to warm up." Tears started to form in the corners of her eyes. "I should have made him stay with me, but he was stubborn and always done what he wanted to do."

Sandy sat in the chair across from Phoebe. The only light in the room came from the lamp beside of her. A sofa sat to the side of the chair that Phoebe was sitting in. Phoebe didn't believe she was crazy and wasn't going to participate in the cliche of laying on the sofa to deal with her problems. A chair would suffice. A few pictures hung on the walls something about inspiration and courage, but she didn't pay much attention to them. The window...the window was her way out of that tiny office. It was between both parties and easy for Phoebe to see out of.

Sandy took some notes but didn't talk much as most therapist expect you to do all the talking. "You do realize that you are making a break-through, right? You have never mentioned this story in the five years that I have been seeing you."

"I know but the whole thing is my fault. I should have stopped him or at least gone with him, maybe it wouldn't have happened." She held her hands in her lap and circled her thumbs around each other. "After warming up by the fire, I took a long, hot bath to ease my muscles. I figured he would have been back when I got done with supper. Instead of eating, I sat on the couch and waited on him. It seemed like hours went by." She grabbed a tissue from the box on the table beside of her and wiped her nose.

Sandy knew she blamed herself for the accident, after all, it was her idea to take a vacation at the cabin in the middle of winter. She used to go there with her family as a kid and play in the snow. She never rode a snow mobile and wasn't about to start now.

"When he didn't come back, I called the local park ranger to see if he would look for him considering he knew the area better than anyone. I got dressed in several layers, went outside and grabbed a flashlight out of the toolbox on the back of the truck. I walked around the property in hopes of finding Issac somewhere drinking. There was no light on in the barn but I checked it anyway. Nothing had been touched except for where the snow mobile was sitting before, he took it for a ride. The park ranger pulled up on his snow mobile to retrace Issac's tracks." Tears rolled down her face. She sat back in the chair and stared out the window in a daze. It was her only escape at the moment.

Sandy left her to her thoughts and got up to go to the restroom. When she came back a few minutes later, she tried to get Phoebe's attention by waving her hand in front of her face. When that didn't work, she tried to talk to her. After about ten minutes, Sandy decided to put her hand on Phoebe's. She turned to face Sandy but looked as if she was looking through her like a mirror. Her therapist finally broke her attention by clapping her hands loudly. "Where were you just now?"

She shook her head back and forth trying to come back to reality and shake those other thoughts out of her head. "Funeral...I was at the funeral."

"Do you want to finish this next session?"

"No, I only want to do this once. It hurts too bad to keep reliving."

"The more you talk about it the easier it will be to deal with it."

Sandy took some more notes. "Alright, continue then. I will postpone my next session."

"Where was I... oh the park ranger. Anyway, he followed Issac's snow mobile tacks down the hill and into the woods. After a while, from a distance he could see a light shining up into the trees. When he got closer, he could see the damage to the snow mobile. No one was around the wreckage. He did, however, see a small trail of blood going down the hill, so he slowly followed the trail. Finally..." She began to whale up with tears in her eyes, she sniffled. "I need a minute."

"Take your time." She reached for the box of tissues beside of Phoebe and handed them to her.

Phoebe pulled a few tissues from the box, wiped away her tears and blew her nose. She hated reliving what happened to Issac. After taking a few deep breaths, she managed to calm down enough to continue her story.

"When the park ranger found him, he had crawled about fifty-feet from the wreckage. His face was mangled as was the rest of his body. Apparently, he had been there for hours and froze to death. That is why I don't like cold weather. Once the police and corner showed up, they said that, it was a mechanical issue with the snow mobile and there was nothing he could do."

"Did you sue the company for malfunction?"

"No. that thought didn't cross my mind besides it was up to his parents whether or not to sue."

"Earlier, you mentioned something about the funeral."

"Yea, it was a beautiful service. It was a closed casket, and there were several pictures of him and his family together. I didn't speak when they asked if anyone had any last words. I couldn't bring myself to. I did, however, talk to his parents right after the accident. I don't blame them for being upset with me."

"Do they blame you for what happened?"

"They said it was my idea to go up there but they also know how their son is. When he puts his mind to something, he is going to follow through with it. They do blame me for not looking for him sooner and said that he might still be alive.

I like to write fantasy stories and create a new world that doesn't exist yet or maybe it already does exist. I am happily married with an adult son and a teenage football player. I have several cats and dogs that I have rescued also.

More stories from Tabitha Kristy Spears and writers in Fiction and other communities.