by Kent Brindley about a month ago in Fantasy

Of Stories and Shadows 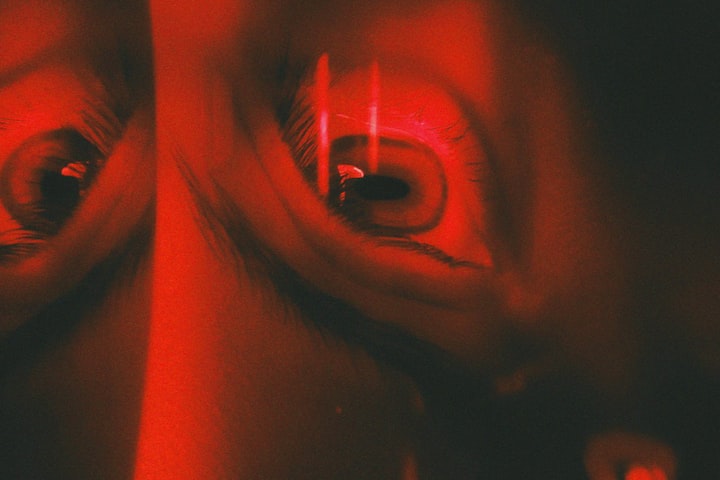 Photo by Dasha Yukhymyuk on Unsplash

"...The Storyweaver is fine. Right now, we should tend to our healing allies."

I stood right in front of the champions of Etheria and their allies from Eternia; yet, they couldn't see me? They had seen me disappear, though, in the Muscle Maiden's own words, I "should be fine; and their allies needed taken care of"? If I were not ally too, what had I come from Earth for...?

I sensed myself still being watched and pivoted to face a hooded, red and black form. I had to admit to feeling entranced. Of course, Shadow Weaver would never be conventionally "pretty;" the aura of mystery around her had always been a huge draw to my eyes.

"Welcome, child, to my presence!" the Horde witch cooed in her natural rasp.

"Thank you." I blurted before turning once more. I could see my friends and allies through the red and black haze enveloping me; was I simply unseen because they had ignored my disappearance? I went to call to them. However, as my words reached deaf ears, Shadow Weaver settled a hand on my shoulder to guarantee my attention back to her.

"You are a knowledgeable historian of lore, aren't you, my pet?" she asked as her hand touched my shoulder and her rasp tickled my ego.

"I know a little something, yes; not really that much more than I know about other animated shows." I admitted.

"Oh, but I think that you do." Shadow Weaver insisted. "You were meant for great things, weren't you, Storyweaver of a place called Earth?"

With that, she placed a pendant around my neck. I could see the car, the high-profile publishing gig, the good job, a place to live in Grand Rapids, Frosta, Adora, and Glimmer all vying for my attention, at least sixteen women from separate times in my life on Earth all vying for...

"...What is this?" Shadow Weaver demanded, impatiently. "Is that what you call greatness?"

I had to admit that she had a point and shrugged with an apologetic smile.

"No matter." she added, hastily. "I have sensed a special destiny for you here! Come to Horror Hall with me and pledge yourself to me. We will embrace your new special destiny together."

I glanced about. Everything in my heart knew that this was very wrong. I should have even walked away just then. However, I could sense Shadow Weaver growing impatient; as if her hold was beginning to fleet. Maybe, just maybe, if my will could hold out just a little bit longer than Shadow Weaver's temptations...

"Pledge to you?" I asked. "You mean pledge to the Horde, right?"

"NO, you impotent...I mean, no, dear boy." she answered. "With your knowledge of the Rebellion and my powers, the two of us could make a powerful pair on our own. Whence the Rebellion falls, then we will think of something suitable for the Horde."

Instantly, Shadow Weaver seemed to dissolve into smoke before my eyes. What stood in her place was a beautiful blonde damsel; a particular disguise of hers that I had witnessed before, plus that happened right in front of me.

"...If you'll come with me." she added in a sultry voice of innocence.

I took in the sight of the blonde damsel before me; a disguise that I knew happened to be false. However...no. My sense of will was giving way while Shadow Weaver bought herself enough time to restore her patience and her power!

"I don't...no." I answered through a cold sweat. "First and foremost, I side with a free Etheria."

"I see." Shadow Weaver hissed in her real voice as her magic disguise faded away back into her robed form. This time, she embraced a dark gem.

"Take this gem, Storyweaver." she offered, pleasantly, extending her hands. "It has enough power alone to awaken your greatness!"

"Greatness?" I asked, admiring the Power Gem up close. "The very jewel that caused you to reach your greatness?"

"Yes." Shadow Weaver confirmed. "You do know of Etherian lore!"

The swirling mist seemed to dissipate. It could only mean that Shadow Weaver's power was beginning to waver; and she didn't own my mind, heart, and allegiance; yet.

"...I know of your great power; and I know what it had cost you, Beatrix." I declared.

Shadow Weaver's gaze flared at me once more.

"Beatrix, is it?" she roared. "I am Shadow Weaver now; and you will never be more than the boy from Earth!"

"This man from Earth just saved Eternia, helped Etheria, and overcame you." I reminded her.

Instantly, Shadow Weaver vanished in a dark spiral and took her mist of darkness with her.

"You could have been greater, Shadow Weaver." I declared to the empty space. "...and thinking of that is the only time that I pity you."

With that, I turned and discovered that the Rebellion could see me again. They'd been blinded and deafened to me by Shadow Weaver's magic; and any sense that they had merely forgotten me had been Shadow Weaver's very first manipulations.

"Storyweaver!" Battle Cat roared as he and He-Man approached me.

I glanced down at my childhood favorite Rebel witch.

"But where had you gone?" Bow asked.

I glanced back to the spot where I had stood all along scant inches away from the Rebellion.

"...to a slightly darker place." I answered, glancing across the way as Glimmer and Frosta finally began to stir once more and the Crystal Falls finally thawed out.

"Let's tend to your fallen comrades." I added, turning to face She-Ra.

"Sounds good to me." The Princess of Power conceded...

Frosta awakened first as I knelt down beside her in concern. The moment felt...right...for a moment; until she caught sight that He-Man had come to Etheria as well. I could only shrink back aghast as the Ice Empress charged a bewildered Most Powerful Man in the Universe. Why hadn't I seen that development coming; it was ONLY one of my favorite episodes! Nonetheless, Frosta ran to He-Man for comfort, and his eyes pleaded for a way out.

Finally, I was tapped on a shoulder.

"Yes?" I asked, turning to find Mermista floating alongside me.

"This Earth," she piped up in a French accent, "tell me more of it."

I glanced at the Mermaid Princess and slightly blushed in her presence.

"Well, it's a normal enough world." I piped up, removing my shoes and socks before dipping my feet relaxingly into the water. "I mean, there's no real magic to it or anything like that."

"Well...in some ways, yes." I answered. "There's no tyrannical evil Horde or anything like that; but no world is all good or all bad."

"I see." Mermista answered, propping her arms on landfall a few inches from where I was resting my legs.

"2/3 beautiful water?" Mermista gushed. "You must take me sometime!"

I could only imagine how Earth would react to that.

"...What if I promise to holiday back on Etheria with my new friends someday?" I asked.

"We would look forward to it." She-Ra's voice answered, prompting me to jump in place.

"Yes." He-Man added. "And thanks for all of your help today too. You rescued Eternia and aided Etheria this day!"

"I don't know where Battle Cat would be without you!" Battle Cat rumbled.

"My pleasure, 'Cat." I answered, patting him on the helmet.

"You saved Eternia and our Etheria?" Frosta asked, finally glancing my way once more.

"Yes; he did!" He-Man bellowed as a new plan to escape formulated in his mind.

Frosta meandered over to me and took a seat.

Who was I, a writer, to deny an audience? I took my seat as Kowl and Madame Razz joined the listening proceedings as well...

I awoke once more in my own bed as an old animated DVD played its animation screen across the way. I had no idea how long the film had been over if I had gone to sleep to it again. However, it was 6:30 and time to start a brand new day. A brand new day on Earth; no car, in my parents' home again, no family of my own, and a day to go to my second job...

I staggered out of bed. However, I felt more hopeful than usual as I entered the office to turn on my computer again. I then pivoted to face the "Action Figure Table" in the same standoff as I have always left them in. "Glimmer" was still chained to Snake Mountain whilst the Great Rebellion and Eternia's champions had mounted an attack. I was meant for a far greater Earthly destiny than I saw around me; and I was ready to strive to embrace it again.

I then turned my attention to the He-Man and Battle Cat figures in their place, if not to the fortress of Castle Grayskull or the figure of Granamyr of Darksmoke.

"Thank you." I mumbled as my computer turned on like normal to run its morning scan and I left the office to grab my shoes for a daily run. "I have the power..."

Today talked a lot about destiny and greatness. You'd be tempted to believe that your "destiny" is EVERYTHING that YOU desire and that "greatness" is achieving no less. I know that I get caught feeling that way. But it doesn't always work that way. There is nothing wrong with reaching for your dreams and strongest ambitions; but sometimes, your destiny is so much more than you could ever think of for yourself. Keep an open mind and follow a good heart and conscience; and DON'T become so blinded by the desires that are not meant for you that you lose your way. Until next time...