Two Lonely Souls In The Dead Of Winter

Love never leaves you, it finds you in different forms. 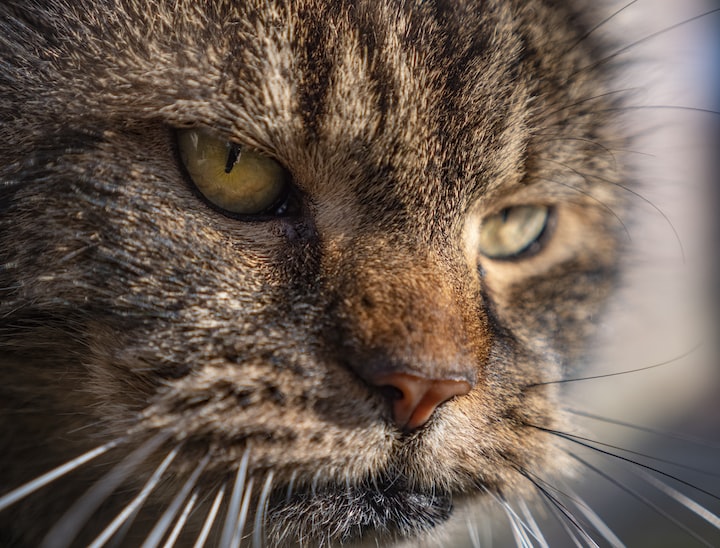 Photo by Jacco Rienks on Unsplash

It’s cold out here and I can’t remember the last time I had something to eat. Mice are getting harder and harder to come by and birds, well, I can forget about those. They all flew away before the snow came in. I’ve lived through winter before, many times in fact. But this time feels different. My legs hurt when I walk too much, especially through this thick, sludgy snow.

I try to follow a clear path every time I do my rounds, but the clearest paths are the most dangerous. Clear paths are for humans and clunky chunks of metal, two things I can’t trust. Clunky metal chunks are big and fast, way too fast to be natural. As for humans, well, they are just big and loud. The only time they are fast is when they are cruising around in their big, dumb clunky chunks of metal.

The last time I had contact with humans was with a little human. I fell asleep under a porch with no spaces big enough for a human to enter. It’s safe here, I thought to myself before shutting my eyes and dozing off. But I wasn’t taking into account the little humans. Those things can fit through almost anything. He picked me up while I was still half asleep and let out a piercing scream when I swiped at his grimy paws. Then he threw me to the cold, hard ground like a piece of trash on garbage day. I ran away and haven’t looked back ever since.

If that’s what little humans are capable of, I can only imagine the big ones.

The snow is coming down even harder now. I need to find shelter. I look all around, seeing nothing but snow and trees for miles. As much as I don’t want to, I’m going to have to head back in the direction of the humans. That’s the thing with humans, they have it all. They don’t know what it’s like to be roaming the streets as a cat. Winter is bad enough, but then you got dogs, coyotes, and the other mean street cats to deal with. I’m known as somewhat of a mean street cat myself, and I hold that title proudly. You gotta be mean in these streets or else you’ll get eaten alive.

I reluctantly head back in the direction of the humans. Someone will have a shed or an old abandoned shack I can crawl under. They always do.

I wince as I accidentally spill searing hot tea all over my blouse. I guess I thought a hot beverage would calm my nerves down, but I’m still shaking over our argument. I can’t even hold a mug properly.

Don, my husband of three years, just walked out on me. Maybe I would be handling it better if his reasoning had to do with needing the space or time to figure himself out. You know, one of those personal life crises that has absolutely nothing to do with what their partner is lacking and everything to do with wanting to better themselves as a human being. But no, it couldn’t be that simple.

He found another woman. Somehow, within three short years of marriage, I went from being the most beautiful, most perfect woman in the world to being a mere average, boring housewife. Before living with Don, I was all he ever wanted. He wouldn’t even look at other women when we’d travel the world together or go out on the town. But I guess living with someone washes away a certain façade of mystery that can only be found in the dating stage of a relationship. The only difference is... I liked the unmysterious, up-close and personal side of Don. Meanwhile, the façade is the only thing he ever really liked about me.

I look outside my window. It is six o’clock in the morning. Don left at five, of all times to leave a person. So now I’m sitting here all alone, in the kitchen of the house that my grandmother left behind for me, staring out at the early morning snowfall. It’s coming down slowly, but it seems to be getting heavier and heavier as each minute passes.

I’m going to have to shovel the front porch, I think to myself. That was always Don’s job. I’ve never lived alone before, so I always had someone around to do the heavy lifting for me. But I can’t keep depending on others to take care of me, much less to be there for me. If Don has taught me anything, it is that.

For a normal human, you’d think shoveling their porch at six in the morning in a near-blizzard would be the last thing they’d want to do after having just been dumped. But alas, I am not normal. Keeping myself busy is my way of distracting myself from feeling all the emotions.

I throw on my winter parka, grab a flashlight and make my way out the back door. Don kept all the snow equipment in the old, worn-out barn that’s been sitting in our backyard for ages. Apparently, the barn is even older than the house itself. In my grandmother’s days, it was used to keep horses. Now it’s just used for seasonal supplies and old car parts.

The snow is almost up to my knees. Looks like I’ll have my work cut out for me today. I slide the barn door open with a loud creak and point my flashlight into the abyss.

Taking one full step into the barn, I feel enveloped by the darkness that surrounds me. Not so different from how I already felt, so I think I’ll survive. “OK, shovel. I don’t have time to dilly-dally. Reveal yourself.”

And then, just as I take one step further, I see it. Something dashing from left to right. I let out a quiet gasp. Am I imagining things?

“Hello?” I call out, pointing the flashlight in the direction of what I can only assume is a wild animal. I spot a lantern sitting on the ledge above me, so I quickly grab it and press the ON switch. It works. There, this should be less frightening than having a flashlight pointed in their face.

I squat low to the ground and place the lantern to the side. Miraculously, the shovel I was looking for happens to be standing right in front of me. Only now, there is a furry creature hiding behind it. His little tail peeking out as if he is invisible as long as he remains behind that shovel. I can’t help but feel my heart leap in the chest. It is both so adorable and so sad that this creature feels the need to hide from me.

I reach into my parka and pull out my thick winter gloves. “OK, sweetie. I’m just going to remove this so I can shovel my front porch.”

I slowly lay down the shovel and gasp again. It’s a cat. By the shortness of the tail, I thought it would be a rabbit or some other small animal. But this cat looks like he’s been through hell. His tail seems to have been severed a long time ago judging by the way it has healed over, and I can tell by his face that he's reaching the end of his life. His eyes look hardened and scared at the same time, and I can feel the emotion that is emanating out of them. Almost as if he is sending me a very, very reluctant cry for help.

“Oh, my goodness. Aren’t you just the cutest thing I’ve ever seen?” I hold out my gloved hand for the cat to sniff, half expecting him to run off into the wilderness, but he remains still. I think at this point, he knows he has no other choice but to trust me. It’s freezing out there and he is far too old to live another winter outside. Forget shoveling. I have to find a way to get this cat into the house.

Something about this human made me trust her. The gentle way she walked, her soothing tone of voice… and oh yeah, the ham she brought me didn’t hurt, either.

I couldn’t do it any longer. By the time I figured out how to get inside the barn and curled up on a tarp that was spread across the floor like a welcome mat, I gave up. Gave up on trying to survive out there. What was the point? With my legs, I would just collapse somewhere and never be able to get back up again. At least here, I was safe. I could enjoy the feeling of warmth in my last remaining moments, if not anything else.

This human respected my personal space. She didn’t lunge at me like the little human from years ago. She gently reached out to me and petted the top of my head. Boy, did that ever feel good. I’ve seen cats being petted by their humans before and could never understand what the big deal was. I think I know what the big deal was now.

Then, she took me inside her home – which is even warmer than the barn, by the way. She gave me loads of water and ham. Never before had I been able to eat so much all at once. She laid out the comfiest cushions for me to rest after my feast, and rest I did. How could any of this be real? Have I died and gone to heaven?

After what feels like a lifetime later, I wake up and slowly open my eyes. Hearing a soft, muffled cry coming from the kitchen, I instinctively get up to investigate. My legs are feeling a lot better now that I ate and rested up.

The woman who saved me is sitting at the table, hunched over and covering her face. Even her sobs are quiet, as if she was trying not to wake me while I slept. Something about this human is not like the rest. I rub my face against her leg to get her attention. I need to comfort this human.

She instantly sits up straight and looks down at me with the kindest expression I’ve ever seen. “Oh! Look at you. Somebody had a good nap, it seems.”

I let out a meow to let her know I’m coming up, then jump onto her lap with ease. She starts to cry again, but this time it looks like happy tears. Mission accomplished!

By the looks of it, this human is feeling just as hopeless and alone as I was. Maybe that is why she found me, so I can help her feel less alone. She wraps her arms around me and stares off into the sunset. Something about her presence tells me that everything is going to be OK. That she’s here to take care of me now, and that I don’t have to worry anymore.

I roll my head back as she gently scratches underneath my chin. A beautiful feeling I have never experienced before. I think I love this human.

i love to read + write