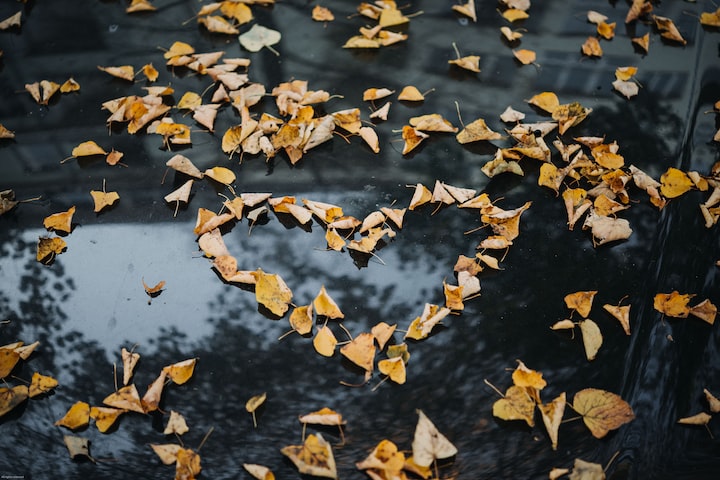 Neala Fitzgibbons had sworn she was done with relationships.

She’d survived two divorces, raised two kids, outlived two dogs, a hamster, and three goldfish. At age 54, all Neala had to show for it now was a tired-looking face framed with grey hair, crow’s feet around her hazel eyes, a lacklustre credit score, and the invisible scars cleft from travelling her trail of broken dreams.

Neala wasn’t blaming anyone. She was an active participant in her life and she owned her choices.

Just like she’d made this decision: to go it alone from here on in.

She had been chuffed and feeling in charge. She would be her own woman and rely on no one. Firm in her mindset, she would have faith in herself and herself alone.

Life is funny though. It’s what happens when you’re busy making other plans.

She’d known him for years, but had only recently seen him again with new eyes.

She stood there in the front yard of her humble single storey two-bedroom home, raking leaves and reflecting.

Fergus was the widower who lived just up the road.

A few days ago, he’d dropped by her place to say hello, something he’d done numerous times over the years. It was part of their dance. She’d share her leftovers with him and sometimes he’d blow out the snow from her driveway. It’s what neighbours do. It was always innocent enough.

This time, though, something was different.

She was struck at how the blue ring around his eyes lit up when he smiled… the way his eyes wrinkled when he giggled… the way she felt when he put his arms around her to hug her goodbye.

Something had changed. And now she couldn’t shake it.

She had to admit that it was possible she’d been attracted to Fergus since she first laid eyes on him several years prior. They were at different stages in their lives then. She, with two teenagers still living at home; he, caring for his ailing wife in his. Perhaps it was in the course of their evolving lives and in getting to know him better that he became that much more attractive.

Those shoulders, broad and strong…that smile, playful and infectious… those eyes, bright and full of concern… those hands, calloused yet tender…. and that ass, though…

She caught herself blushing… then resumed her yard work.

As of late, to be near him would cause her voice to seemingly raise an octave. To have a few stolen moments with him, even platonically, would make her heart race.

To feel his touch… even to just think about it… would cause her breathing to quicken, her skin to goosebump… to imagine his breath on her skin, his lips on her body… anywhere… She felt vulnerable and ashamed at once. It was a trip she had taken in her mind on occasion previously, but more frequently this past week. And along with her mind, her body would follow… and react.

“Easy now, Neala,” she admonished herself aloud. “Don’t be getting all hot and bothered with your fantasies…” and she resumed her yard work.

She wouldn’t call it “love”. She didn’t trust that she knew what “love” was anymore. She didn’t even know if she could label it as “like”. Maybe it didn’t even need a name. She just knew that it was something, a very deeply appreciated and intense affection, a strong urge, an undeniable feeling.

And Neala didn’t want to lose it.

She continued to rake the leaves, stacking them in neat piles - and set aside all thoughts of Fergus. Yard work wasn’t about to do itself. Fantasies and feelings would have to wait.

Thank you for reading! If you enjoyed this story, here is the next chapter...

Ms. Carroll is a 40-something year-old veteran public servant and mother of three adult children. She and her partner Hal live in Amherst NS with a sweet, anxiety-ridden rescue dog. Shelley loves running, red wine, and laughter.

More stories from Shelley Carroll and writers in Fiction and other communities.