Thoughts and Feelings After Janine's Departure of the Earth

"Sorry, she is in heaven now. I'm sure she shall appreciate your thoughts." 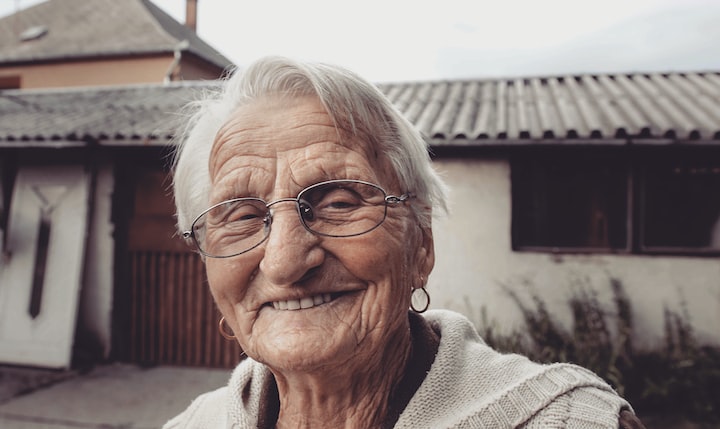 Photo by Paréj Richárd on Unsplash

I felt like having a lucid dream when I read a poetic text message on my mobile phone. A night before this message, Janine was waving me warmly from a distance in a dream. I was able to see her hands and eyes only in the dream. I tried to talk to her but lost my voice in the dream. Dreaming about dreams is a mystical behavior in my life.

Losing my voice in my dreams forever make me feel self-conscious. These types of indicative dreams bring me unexpected and unusual news when I wake up. Intriguingly, my psyche whispered in this specific lucid dream: "Here we go again, your voice disappeared in a trance! Watch out, something is about to transpire".

Janine used to call me or text me at least once a month for a quick touch base. However, the frequency of calls recently dropped. It was around three months ago when I got the last message from her.

Since I was swamped in this period with many changes and developments in my life, I neglected to call her and many other lovely friends regrettably. But, my negligence came to my consciousness after the lucid dream. I wondered why she did not call me so long.

I sent a brief message. "Hi Janine, I haven't heard from you for a while. I hope all is well with you." A few hours later, I received a message back. "Hi there. This is Sheila. Janine's daughter. Janine is in heaven now. I'm sure she shall appreciate your thoughts." I thought it must be a lucid dream again, as I kept having several of them recently.

When confirmed it was not a dream, I decided to call Sheila, whom I never spoke to before, but heard a lot about her, including her fascinating childhood stories, from Janine.

The way Sheila presented herself on the phone reflected a cloned version of Janine. She painted a beautiful picture of Janine's peaceful departure of this earth with her charming words. Her acceptance of reality and decision to live with a mindful approach was beyond reproach.

What was unique about Janine?

Janine played a significant role in my life. She was older than my mum. I considered her as a second mother to me. When other friends teased me as "Metal Head", she used to say, "He is our Turkish delight" affectionately to show her platonic love. Gratefully, she has helped me understand the value of spiritual love, which I had no understanding before meeting her.

I met Janine several decades ago in our local sauna introduced by Algor. She was outspoken and asked about my background without intrusion, and listened attentively, evident from her mental health professionalism. The more she asked and attended to my words with no judgment, the more I revealed layers of myself. I had instant trust in her and felt safe in her presence. As a principle, I rarely share my personal details with others, but Janine was an exception.

My subconscious did not detect risks in telling my personal stories starting from my childhood. She gave me new perspectives to understand me by adding a different and complementary narrative to my stories. Some of her narratives helped me find my truth at later stages of my life. Many conversations I had with her turned to be a therapeutic pursuit for me. She helped me detect my blind-spots and became a catalyst to resolve some of my childhood disturbances.

Janine used to have a colorful professional background in mental health. She had just retired from a half-century of service as a psychotherapist in private practice when I met her. She had a professional doctorate degree in psychoanalysis and a medical degree specializing in psychiatry. We talked a lot about Jung, Freud, Kraepelin, Bleuler, Kline, Beck, James and other prominent leaders in the therapeutic field.

She once met Wilhelm Reich and learned about "orgone energy" from him. Even though I read several books of Reich in my postgraduate years, I did not fully understand "orgone" - radiating biological energy, which raised many eyebrows from scientists. Janine was the first person who explained it to me in a simple language with powerful metaphors that I could understand. Janine's explanation aligned with my learning from quantum computing studies. I told her I wish Reich were a scientist in this era! She nodded, approving my wish.

According to Reich, constrictions known as "orgone deficits" in the body were the root causes of chronic diseases, especially cancer. Furthermore, he associated the depletion of this radiating biological energy with neuroses defined by Freud. This esoteric knowledge construct was precious to me. Janine's teaching helped me understand the thesis behind the Function of Orgasm. It was the first scientific book I read about sexology, touching psychology, psychiatry, sociology, and biology. In our opinion, Reich was more sophisticated and eclectic than Freud.

Many scientists thought that Reich was crazy in his multidisciplinary approach, but Janine and I were constantly amazed by his genius attributes and shared ideas from our understanding and citations of his ideas in many literary books and movies. Unfortunately, not many know about Reich nowadays; however, some older scholars still find old versions of his books from historical bookstores and papers in old psychiatry journals kept in archives in some parts of Europe.

I learned a lot from her wisdom and esoteric knowledge. She was my trusted realization source. I used to call her walking library. She knew about every significant book or paper I read during cognitive science studies. She was more knowledgeable than many lecturers I had. The way she articulated the matters were distinctive and convincing. Her magical words tapped into my subconscious mind. She kept adding new meanings to ordinary words by uniquely linking and skillfully presenting them.

She turned complex scientific constructs into simple stories for people in the sauna. Many of us were fascinated by her narration of mystical stories with scientific substance. Everyone wanted a bit of Janine. She was generous in her hugs, smile, praises, and patting people on the shoulder gently.

Earlier, she introduced me to many thought leaders in her social circle and was attentive to our philosophy group meetings. When I introduced her to Benoit Mandelbrot, she got delighted. She paid her appreciation by taking my family and me to an affluent opera followed by a delicious barbecue in her backyard on a Sunday.

She used to read a lot in various disciplines - every day, for several hours. In addition, she was volunteering in public libraries as a speaker and donating books she read. If she found a new and inspiring book in bookstores, she bought a few copies and shared them with her friends and libraries.

She always saw good in me and others without criticizing people. Instead, she added something complimentary to steer negative behaviors towards positive actions. She radiated love, empathy, and compassion to everyone around. She believed everyone deserved love and affection. She taught us the importance of self-compassion.

One day an elderly coughed badly and spat on the hot stones of the sauna abruptly. Everyone was shocked and remained in deadly silence. Then, decisively and compassionately, Janine broke the silence with confidence, talking to the guy, saying, "Well, now your lungs will thank you for clearing this awful thing bothering them. You look better after burning it. Time for your lungs for fresh air. Let's take a stroll." gently held his arm, and they walked outside for fresh air.

Even though the guy looked embarrassed during the silence, they started a friendly conversation with Janine's affable words. I didn't hear their conversations outside but assumed Janine positively influenced him to acquire better behavior in public. I never saw that person spitting again. He carried a handkerchief with himself.

I had a lot of common traits with Janine. Even though we had different diet regimes, she used to eat one meal a day like me. She loved body and mind exercises, including occasional long-term fasting. Sauna and cold therapy excited both of us. Algor and several other centenarians adored her. Like Algor, Janine loved singing beautiful tunes from her favourite operas and humming chants from exotic cultures.

I talked a lot about death with Janine, who was never afraid of it. She was in total acceptance of death and saw it as a transformation into a new entity. She practiced stoic learning about the meaning of death in our lives, repeating the wisdom of Seneca, Marcus Aurelius, Epictetus, and Zino. She had a spiritual approach towards everything with a pursuit of a mindful existence. Her emotional maturity was something I tried to model.

Janine left many beautiful memories that I cherish now.

I look at the beautiful signature in handwriting with the words "With Love, Janine" in several books she gifted me. The bookmarks with quotes from timeless wisdom remind our warm conversations.

She now lives in memories of many clients she healed during her decades of psychotherapy. Those people whom she never saw their mental illness as their identity

And she lives in memories of many friends whom she touched their hearts warmly. Per Sheila's text message, I envision Janine in a mystical utopia now.

Thank you for reading my story.

The original version of this story was published on Euphoria where you can find other inspring stories from my circles.

I am a technologist, postdoctoral researcher in cognitive science, author of several books, editor of publications, and digital marketing strategist with four decades of industry experience.

I invite my readers to join Vocal and find their voice in this diverse and collaborative writing platform.

More stories from Dr Mehmet Yildiz and writers in Fiction and other communities.