by R.O.A.R. 5 months ago in Short Story · updated about a month ago 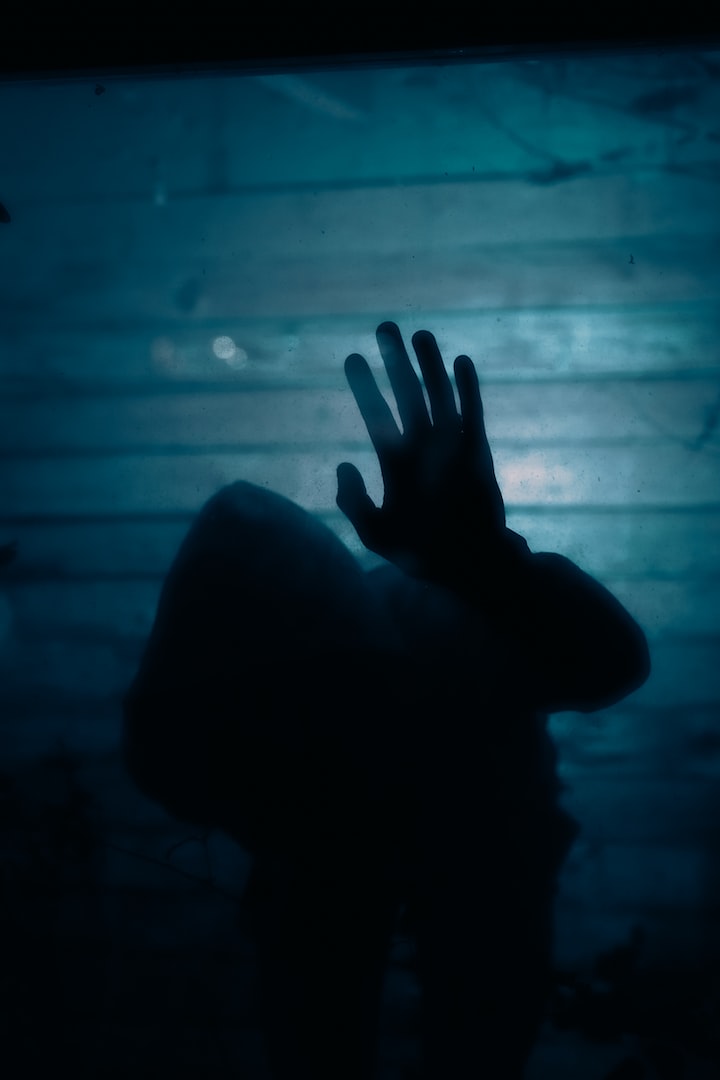 Photo by Jonas Jaeken on Unsplash

Four of us sat in my girlfriend’s room as she showed off her latest weapon, a longbow made by her dad. It wasn’t anything special, he wasn’t a master craftsman or anything, but it was still pretty cool. As she demonstrated the draw, her form nearly perfect as she shakily pulled the string back to her ear, an idea sparked like a candle in my mind.

“Hey, babe,” I pointed to her bookshelf, “you have anything on summoning spirits?”

I’ve always had a deep fascination with all things undead and spiritual. My mom and I binge-watched all the best ghost hunting shows on the Travel Channel. My girlfriend and her ‘coven sisters’ also shared this interest, which made the idea of holding an actual seance sound like the perfect way to spend an otherwise dull evening.

Dropping her Legolas-style pose, my girlfriend thought for a moment, then went to the bookshelf and began to scour through her vast collection. She moved to sit cross-legged on the floor between her two friends, disregarding this book and that one, until finally, she pulled a rather hefty tome with a singular bookmarked page from the bottom shelf. Muttering quietly to herself, she flipped through the pages almost methodically until she came to the marked one.

“This what you had in mind?” She held the open book out carefully, almost as if it were an ancient text discovered at some burial site.

I scanned the pages and nodded, “Yeah,” my voice was low, and dragged the affirmation on like a cold breeze. “You got that painted circle in your basement, right?” She nodded. “Well, let’s grab what we need and get down there.”

It took some time looking through her collection to find the right tools; a package of purified salt, candles of various colors, and white crystals to help the connection. She handed me two candles; red for love and black- she didn’t tell me what the black was for. Once we had what was needed, we crept like rats through the quiet hallway and down to the basement.

Basements have always creeped me out, but the one in my girlfriend’s house was the worst. It was filled to the brim with junk and toys, except for the spot where the red-painted circle sat. Around it was a good three feet of clearance, and even though the area was the best lit in the entire basement, it was still oddly dark. Darker than the rest of the place.

We placed all the candles at the points of our imaginary star as my girlfriend lit them one by one; the black candle was the last. Something happened at that moment when the flame fluttered to life on the wick. A dull discomfort balled itself up in my belly.

Shrugging it off, I sat down on the cold concrete. One of the other girls sat across from me, the other on my right. We watched in silence with unmoving heads as my girlfriend opened the book, then inside the circle chanting the spell.

With every step she took around the circle, the discomfort grew. What had started as a dull marble was now expanding to a focused point in my stomach. As if some bony finger was pushing into me. The room around me was becoming hotter until I could feel sweat trickling cold down the back of my neck. I smiled when she drew closer to me to assure her I was fine- I didn’t want to come across as scared or something, and I noticed the page she read from had a bookmark. She must have moved it before we came down.

My girlfriend then picked up the salts and began sprinkling them in the circle.

When the first grain hit the floor, searing pain ripped the air from my lungs. I gasped and doubled over, clutching my gut. When I could catch my breath, I glanced up at the others and was surprised and a little embarrassed to see they were fine—and staring at me.

She stood still, a tiny mountain of salt in her hand as she analyzed my face. Her face was unreadable in the flickering light of the candles, but in the glimmer of her eyes was something... malicious.

I tried to assure everyone I was okay and sit up, but her expression left me stunned. Then the rolling and churning of my stomach drew my attention away from her eyes. The moment I looked away, she resumed her steady, meticulous circuit around us.

Every step she took was thunder in my ears, echoed by an ever-increasing sharp wrench in my guts. All I could see were blobs of people and tiny lights from the candles. All I could hear was her walking, her distant, discordant voice, and roaring winds that sounded like monstrous screaming.

When the final grain of salt fell to the concrete, I howled as pain tore through my abdomen. With the remaining control I had over my legs, I pushed myself from the circle, hoping, in my agonized state, it would end when I was out. My legs wobbled as I struggled to stand. The room began to spin, colors melted into one another, faces became distorted, and I thought I could hear an angry voice yelling at me in the room, not in my head but in the very space itself.

“Baby, what’s wrong?” That voice I knew, but it shook me far worse than anything else.

I charged blindly upstairs, shouting back that I had to get out of there!

When walking seemed possible again, I ran through the kitchen, nearly slamming into the wall in the hallway. I wobbled to her room at the end of a seemingly endless hallway and fell onto the plush mattress. Breath gasped in and out of my lungs as I collected myself before I threw up on the carpet. The pain pulsed a few times then subsided, and I collapsed, spent, panting.

The next thing I felt was my girlfriend rubbing my back. “Are you alright?” she asked with concern. “You ran up here so fast I thought you were going to be sick.

I nodded and mumbled something about the pains but that I was better now. More than fine, now that my beloved girlfriend was here with me. Better knowing the person soothing me after that horrible event truly cared- was the only one who truly cared for my well-being. It wasn’t malice I saw back in the basement; it was concern and worry. Of course, it was because she loved me.

And I loved her.

Education student who enjoys writing as a hobby. I do hope to get published one day, but for now I'm just having fun and hoping to learn some new tricks.

Read next: With Love from the Government