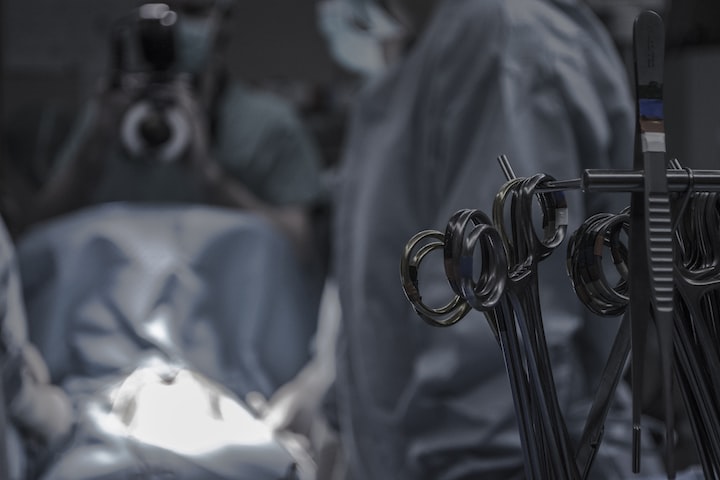 Photo by Piron Guillaume on Unsplash

The party was over; it went on longer than anticipated, until about 2:30 AM. The night, having gone better than expected, ended with several strong drinks with Rhiannon, an old friend whose reputation has caught my attention. She got a ride home from one of my chauffeurs, I insisted. No need for my new partner to catch an Uber when I have many employees under my belt. After her departure, I received a call from a potential client, a wealthy man from the Middle East who wants to sterilize his teen daughter to keep her from procreating. A very powerful statement for his two younger daughters to honor their father. Sounds like my specialty.

The job requires me to leave ASAP, so I call my driver. On the way to my private jet downtown, we hit a burst of traffic.

“What is the hold-up, Reagan?” I asked, visibly angry for stopping the vehicle.

“I am afraid there are too many cars to make any progress, Mr House. “ he responded calmly holding onto the steering wheel.

There is a strict time schedule; if I do not make it to my destination by tomorrow evening, there will be repercussions, potentially fatal ones at that, there is no way I can miss it.

I am pissed. Too intoxicated to control my rage, so I force my way out of the vehicle and onto the crowded interstate. Nobody will keep me from my work!

“Sir!” Reagan called after me, “it is not safe for you out there; please get back into the car.”

I staggered away, paying no attention to him, nor my surroundings, until a bright light blinded me. A red Chevrolet charged in out of nowhere and sideswiped me, throwing me into traffic. Several cars broke my fall, but not well enough.

I briefly lost consciousness and woke up in the ER, seemingly fine except for a large gash on the back of my head, a busted rib, and mild head trauma. I stood up after being examined and immediately began seizing and vomiting up last nights dinner, saliva, and liquor.

I am rushed to an OR with no hesitation, nor explanation,

I can see Dr. Rhiannon Blase standing over me, between my lack of blood and oxygen, she appears to be glowing from various operation lights above her. She looks like a goddess, no, an arbiter of life and death itself. My life is in her strong, yet delicate hands. Yes, the very palms that have severed ligaments, carved faces, and modified unhappy individuals into their preferred bodies, will save my waning existence.

She will do the right thing. I know it, although I lay convulsing on an OR table, quickly descending into darkness, I know that my kindred spirit won't disappoint me. Her beautiful, twisted, skilled work will save me. After all, we have so much to accomplish together. There is so much to teach her!

Several minutes after being sedated, I begin to feel the effects of her work. Clarity and sensation return to me, oxygen levels are stablizing, I feel like I could awaken any moment. However, I resist. I must rest for now to recuperate my lost energy. It would do me no good to die from complications, especially considering Rhiannon Blase has done me a considerable service.

In this new world of ours, she will be mine!

Thanks for reading! This story is the second in a series by members of the Vocal Creators Saloon group on Facebook. Look out for the next story! It will be written by Samantha Kaszas

Twitter @angied7592. Long time lover of literature. Obsessed with adorable animals and coffee I spend my days playing video games with my brother and fiancee. I got a medium account too https://angeladerscha.medium.com/ check it out.

More stories from Angela Derscha and writers in Fiction and other communities.