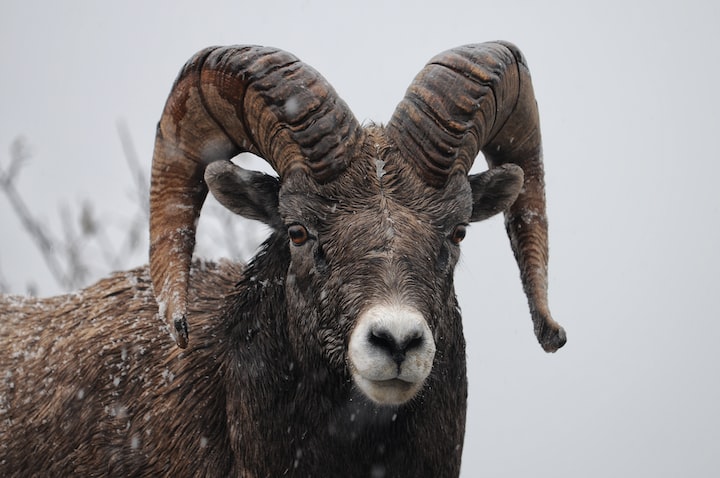 Photo by Paxson Woelber on Unsplash

When I was very young, I loved to visit the zoo. I admired the laziness of the hanging sloths, the gentle stroll of the massive cats, and the natural beauty of the rainbow lorikeets. I loved the constant noises and excitement. I yearned to be a part of it.

But more and more, I found myself standing in front of the ram.

There was no ewe or lamb, and I could tell that the ram was lonely. So I sat just outside the bars and talked to him.

“I don’t trust that ram,” the giraffe told the zookeeper. The zookeeper merely shrugged.

The ram shook its head at the giraffe. “I think it is you who can’t be trusted. Just because you have a long neck doesn’t mean you should pry into the affairs of all the animals around you. Maybe focus on your own space.”

A few weeks later, the giraffe was gone. “Where is he?” I asked the zookeeper.

“He went to another zoo,” he told me simply.

“It wasn’t right the way he was watching you,” the ram insisted.

I would miss the giraffe, but I didn’t want to disagree. After all, I liked talking with the ram; he was a good conversationalist.

I was seven when the zookeeper allowed me to go into the habitat with the ram. We had become mates, and the zookeeper locked me in with my friend. The ram nuzzled and doted on me. I was happy to have the attention.

We had long talks while sitting in the nurturing sun. Sometimes we played together, and it was nice.

I was ten when the ram began demanding more time with me, more companionship. I spent less time with the sloths, tigers, and birds, and more time with him. Did the others miss me? I’ll likely never know.

But no matter how much time I spent with him, we still played less than before. Our conversations felt insincere, and I missed the long talks. Sometimes, I noticed him ogling me when he thought I wasn’t looking.

Instead of talking and playing, he wanted me to pet him and say kind things to him. And I did. He was my friend, after all, and sometimes friends need extra attention.

But… I wished that the zookeeper would realize that the ram was acting strangely, and he would make me sit outside the enclosure again. I wished he would give me an excuse to visit less.

I was twelve when I started to fear the ram. His large horns were sharp, and he threatened to use them if I gave him a reason, although he never told me what those reasons might be. Sometimes, he’d stand so close, I could feel the horns nearly prick my skin.

Still, I was the only one who could hear his low threats, and the zookeeper kept locking me in, leaving me alone with the ram and his horns.

Another child told me a zookeeper had left her alone with the ram, too. I saw the fear in her eyes. It washed over me like a warm tide in the depth of winter. But what was I to do with that?

I simply left the ocean.

And returned to the zoo.

A year later, things changed. When the zookeeper wasn’t paying attention, the ram charged at me. Hit me with its horns. Pinned me against the rock. Whispered terrible things I won’t repeat.

But it was a different zookeeper who realized the problem: the ram was deceptive, not protective. It might play like an innocent wether, but it was truly a vicious brute.

The information about this long con was gossiped about at every water cooler in the zoo.

As for me, I visited and apologized to the giraffe, and then I stopped going to zoos altogether.

Later, the ram was taken away to live in a flock with other duplicitous rams. “You won’t have to see him again for a long time,” the zookeepers told me.

But a long time isn’t as long as you’d like. I know, one day, he’ll return.

“What a nice summary,” she says, the stereotypical yellow pad balanced on her crossed legs.

“Thanks,” I smirk, staring at her pen and suddenly annoyed at the soft tapping.

I'm a full-time educator and part-time writer. My best ideas usually end up on Vocal.

Alex Casey is not accepting comments at the moment

More stories from Alex Casey and writers in Fiction and other communities.