The Poppy and the Rose

by Kimberley S. Klein 7 months ago in Fable
Report Story 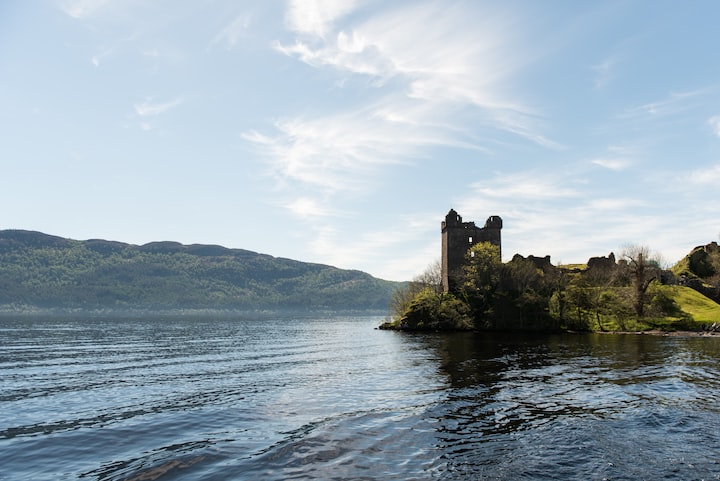 Photo by Ramon Vloon on Unsplash

The Poppy and the Rose

Two flowers stood at the edge of Loch Ness in the Scottish countryside overlooking the water on a bright sunny day. Sunlight reflected off the glassy surface as the waves churned in the wind. A storm was brewing in the sky behind them, and the humidity was rising off the charts along with the sun. The one on the right was a poppy, the one on the left was a red, red rose.

‘Tis a nice day, is it not, dearest Pops?” The Rose called over and the Poppy lifted her petals, opening a single, blue eye in the middle.

“Aye, that it is dear Rose.” Poppy said, swiveling her stem in order to make conversation simpler. The Rose blinked his own brown eye.

“I cannae believe th’ blue of th’ sky! Th’ green of th’ grass! Th’ softness of th’ dirt between my roots. No one can be pilly-wally on a day like t’ day! Even wi’ th’ storm a-brewin!” The Rose gushed and gushed to the point the Poppy simply began nodding only to appear as if she were listening.

“Aye, aye! I agree so so much! Pure bally, my friend!” She turned toward the loch, sliding her eye closed so she could feel the breeze blowing in off the water. “Th’ water is wunnerful like a kiss upon my fronds.” She said, rotating herself this way and that in order to allow the gust to dance across her leaves. The Rose watched and grew envious, so he positioned himself similar to she.

“You are right, my beloved wee yin! ‘Tis as lovely as it is refreshing!” He giggled before peering over at her. “But ya’ know, the Loch hides a terrible secret?” The Poppy, intrigued, looked at him with question in her eye.

“Oh?” She asked with interest and the Rose nodded enthusiastically.

“Aye. It’s a swimmin’ devil it is.” He said, voice getting soft and dangerous as he entered the mood of the story. “Some say it’s a sturgeon. Others say it’s even a misplaced elephant. Either way, it be a monster among us.” He said, voice now becoming even lower and growly for the effect. The Poppy leaned forward, shifting back and forth a little in newly-found nerves.

“Keep going, please.” She breathed, her own tone becoming shaky with a little trepidation. The Rose chuckled darkly.

“Oh, HOH! Caught your attention, did!? Well, then, of course, I’ll whet your appetite for fear and the gruesome.” His eye narrowed. “Stories tell it can come on land and move as easily and slippery as in water. Its skin is leathery and black as night or grey as steel. It has rows and rows of jagged teeth akin to serrated knives. Eyes piercing as to burn you to a stub. It is like a snake or water horse.” He paused. “It likes to feed at night, where the moon can watch it tear the flesh of the body of a fish or mammal.” The Poppy blinked.

“Well, if it’s in this Loch, how come I’ve never seen anything like it in all of my time here at the edge?” She asked point-blankly, and the Rose stretched high away from her as he thought of his answer, but eventually shrugged.

“Maybe it hides in th’ deep among the sea weeds. Maybe it’s not a real entity at all. Who truly knows?” He said, shrugging his leaves again as if that should satisfy every answer to any leftover inquires. The Poppy reared up as well.

“Oh, come on! Tha’ ending was such a scabby cop out! I’m not even scared anymore!” She insisted very loudly to show her displeasure at the anticlimax, but the Rose could only shrug one more time, which annoyed her more.

“Don’t blame me, wee bairn, I am only reporting th’ rumors.” He said airily in a hand-wavey sort of fashion, making the Poppy even more agitated.

“How do I even know you are telling the truth, you flapping wopper?” She demanded hotly. The Rose held a steady gaze upon her then before sloooowly inching back toward her way with his eyelid narrowed. The Poppy, in response, leaned back; her expression a bit cowed but curious. A heavy, waiting silence hung in between them for drawn out minute.

“You. Don’t.” He said at long last. “That’s the beauty of it, wee yin.” The Poppy stayed quiet, stunned.

Before either one of them could say or do anything else, a head on a long, slender, wet neck rose up out the water. In a snap of lightning quickness, a great, elongated maw descended and snapped up the Rose with a loud CLAMP! Leaving nothing in place but a few bloody red petals and a severed stem behind as it disappeared like a serpent beneath the waves. The Poppy didn’t even have time to flinch her friend was taken so fast, but after a minute she stooped forward and picked up a petal to examine it. A black tear escaped her eye when she finally realized what happened.

It began to rain lonely buckets.