by Craig Lipscomb 4 months ago in Short Story

A Picnic to remember 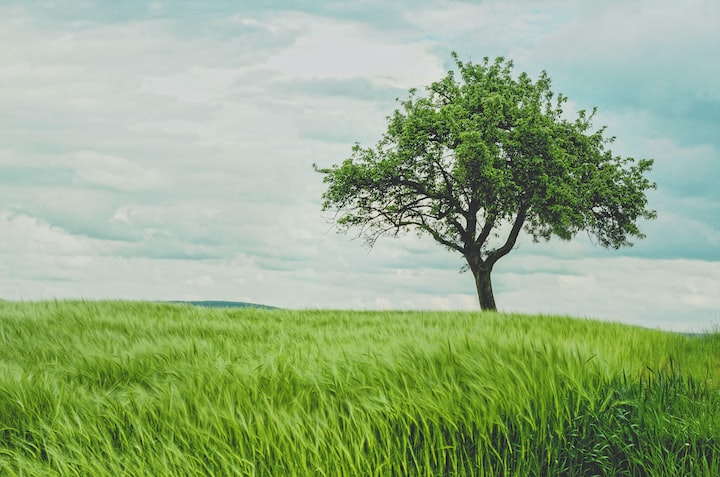 Photo by Johann Siemens on Unsplash

“Where are we headed?” I asked, trying to figure out why it was so important for us to be traipsing up this hill in the middle of the pitch black so early in the morning.

It wasn’t an overly long trek from the base of the hill, but certainly not one to be taken willingly with the limited early morning light, the rays of the sun still hidden beneath the horizon. Silence was the answer, as my friend continued his silent, deliberate path up to the crest of the hill. My sister had taken a detour to retrieve a more comfortable pair of shoes from the car and hadn’t quite caught up yet. Neither of us really knew why we were there, but Ney eil was neither forthcoming, nor bending under our onslaught of questions about the trip. He said he needed support so we all hopped in the car, and not much was said about what were going to be doing once we arrived here.

The soft, methodic crunch of the foliage as we continued up the hill would have made for a nice hike on an ordinary day, but the eerie lack of explanation had left a queasy silence hanging in the air that even our jokes were finding it hard to penetrate.

The past hour had settled mostly into the lull of simply making sure we were all taking one surefooted step at a time. One foot in front of the other, keeping an eye on our progress without ever being sure if we’d made any.

My question about what should have rattled the deafening silence and shaken some life into our journey was squelched quickly by the mood, leaving us to admire the cadence of our footsteps instead. Neil seemed to prefer it, and I was left questioning whether this trip was going to leave much room for our usual forms of entertainment.

My sister had recently flown in from New York and was already comparing the difference between a hike from her third floor apartment to a local cafe and spending over two hours hiking in one direction dreading the return trip. True to New York fashion she had plenty of colorful protests to not being given time to check into the hotel, have a proper shower and clean-up, and then be brought along for the ride. Poor planning was always unacceptable in her world of schedules, events, and what precious little time there was for fun to be had.

Usually she had the uncanny knack for taking a half hour and fitting a full week’s vacation activities into it. She was a master of making the most of every second of freedom available since there were so few of them. I thought not for the first time whether it would have been better to let her plan the trip’s activities in the first place, but then we wouldn’t be on this hill, and Neil wouldn’t have the opportunity to explore whatever need he had for support.

As if acknowledging that there was something we needed to be here for was a cue for the universe to start shedding light on the subject, the first rays of early morning light began to turn the pitch black into the fading grey of early morning, and in the growing light the crest of the hill was a lot closer than it had seemed before.

The grass was a little disheveled at the top of the hill revealing an empty plot where a grave had been dug. I looked askance as to what we were going to bury, but the look on Neil’s face said he wanted to wait. Checking the slope to see how far away Jamilah was, I could see we had a few minutes to wait before she’d catch up, so sitting down in the grass, I decided to take in the scenery.

There was an overlook not too far away with a view of the city in the distance. From the road we took to get here even the freeway was visible, but that’s pretty common in this part of Colorado. He had said something about Highlands Ranch being like a combination of suburb and main street in a western movie, but from this distance a good portion of the sounds were too far away to hear. At this distance the city looked like a picture on a postcard.

“So what’s the plan?” I asked, trying to lighten the mood.

“I brought you here to let you know how special you guys are and to thank you for years of friendship,” he began, pulling out a blanket and a few packet sandwiches for a picnic.

“We’ve been through so much together, but I’ll wait to tell you about it when Jamilah catches up.’ He said, a smile finally beginning to crack through the stone and hard angles in his features on the way up the mountain.

“You guys could’ve waited.” Jamilah said, when she finally crested the rise, and plopped herself down on the blanket grabbing a sandwich from the basket as she made herself comfortable.

“Could’ve, but it was much more fun watching you try to catch up.” I said, and we all laughed.

“ As I was saying, I brought you two up here because I’m really grateful that we’ve been friends all these years. Back in college we had no idea that day after Philosophy would turn into close to fifteen of the best years of our lives. Well best years of my life anyway.”

“Yeah, for me too. Remember when Brandon proposed after our third date and I called you to come save me from Filiberto’s?” Jamilah asked, shaking her head.

“Yeah, and then I had to run quickly to get a ring from Walmart to cover your story that someone had already asked you that day and you were thinking of saying yes?” Neil chimed in, laughing with her.

“We have a ton of stories like that, we were such goofballs back then.” I began, “Remember the time we got lost on the way to New Mexico and had to spend three days in the desert because nobody wanted to risk coyotes to get gas?”

“Yeah, and there was the time…” Jamilah started and then cut off as Neil stood, walking over to a pear tree to grab three pears off the branches and hand them to us. “Wait a minute, we could’ve had this conversation at a Ruby Tuesday’s like we used to all the time… why are we here? What are we burying?” Jamilah asked, curious.

“Me.” Neil said, sitting down with his piece of fruit as the gravity of that one word seemed to settle on all of us at the same time. The moments just before getting to the crest of the hill when he had looked so solemn, the size of the grave, all hit us at the same time.

“I had about twenty four hours left yesterday when we began the trip here, and I didn’t tell you because I didn’t want you two to freak out and start calling everyone we know to tell them the news. I just wanted us to laugh and have an adventure like we always used to, and that’s how I’d like to be remembered; by everything that led up to this moment, right now.”

“Why so short a time?” Jamilah asked, trying to hold back the tears threatening to choke the words from her question.

“Well there was a toxin they found in my blood with this latest infection and apparently it acts pretty fast. I was hiking about three weeks ago and just like you’re finding out, I found out… They thought I’d have a month at best… but I think it’ll be a lot sooner than that. They said I’d have some pretty massive headaches and I’ve had one since we started our hike here. Figured I’d let you know just in case. Anyway, you are exactly who I wanted to spend my last moments with, so I’m glad you didn’t tell me you already had plans.” And he laughed. He laughed so heartily and heavily that we had no choice but to join him.

But in joining him, it was like the release holding back our emotions to the news was also unhinged, and the tears came right along with the laughs. The pears forgotten, we found ourselves wrapped in a hug that none of us knew how it began, sobbing together for the last time.

There was no way to tell how long that time span had been, or whether any intelligible words made it through, but just as suddenly as it began, it was over, and he was gone.

Even as his body slumped against ours we tried with all we had to hold on, as if holding on would somehow bring that laugh back, bring the memories back, bring any piece of him back… but it was too late.

There was no way to ask how he had known today would be the day, or how long ago he had dug his own grave; No way to tell why he chose us over family, friends, and whoever else might have been there to share his final moments.

Through the tears, Jamilah helped me drag him over to the plot, neither one of us willing or able to fill it as he had obviously planned for us to do. So we sat there, silently underneath the pear tree, waiting for something, anything, to take us back an hour and rewrite everything that had happened since we started up the hill. The sunset seemed to play a silent procession of blowing leaves as the final moments came and we decided we had to do what he brought us there to do.

After what seemed like an eternity, we woodenly set about to covering him in the plot, and then packing up the picnic and making our way back to the car.

It was almost poetic though, because many of us complain about not being able to choose how we get to live. Few of us ever get to choose how we’ll die, and there was a touch of grace in that.

As I was scrolling through my social media I found a challenge related to a fantastic first date.

So, in a world full of cat calls, here I am to add my words to those who want to make our world better through the power of the pen.

Read next: no good dead.