by Mark Gagnon 4 months ago in Sci Fi
Report Story

Sometimes what you think is the end is really only the beginning. 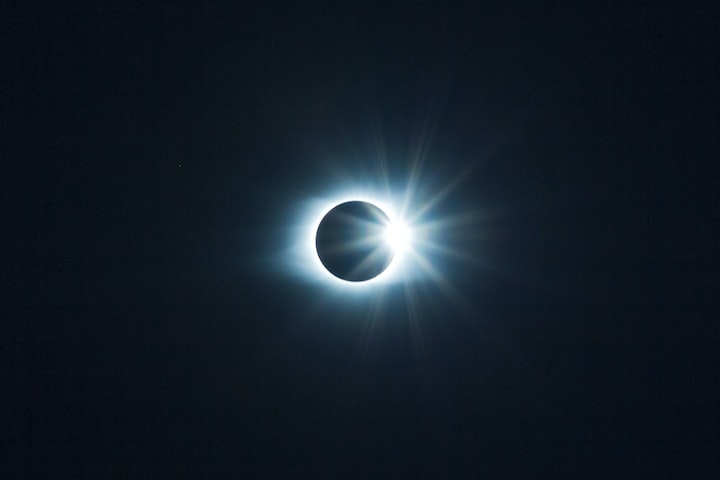 I was looking forward to spending time on Earth after a 3-year deployment on Sentinel-4, a large rock orbiting Proxima Centauri. Our mission there was simple. We were to observe all galactic anomalies, collect samples from neighboring planets and asteroids, and, of course, search for intelligent life. We were never sure if the last directive was meant as a joke, since no one in all of our outposts and colonies had ever come across other forms of life.

Sentinel-4 was 4.24 light years from Earth, which meant the trip would take almost 6 years traveling at just under the speed of light. The weird thing about traveling that fast is everything surrounding you is aging at the normal rate, but you age slower. People of my age when I left Earth will have aged 20 years, while I will only be three years older. It can all be very confusing.

Earth had once again become a great place to live. Once the great migration started, people volunteered to move off world in droves. Many planets outside our solar system were terraformed and supported human life as well as, if not better than, Earth. The home planet once again had clean air and water, abundant wildlife, and enough food for all the remaining people. I had decided to resign from my position at the space agency, find a new job, a wife, and start a family. My days of being a spaceman were about to be over.

Humans have been traveling in space now for approximately four hundred years. Most people feel about space flight the way they felt about air travel in the twentieth century. There are risks involved, but overall, it’s safe enough. That was my attitude as we boarded our ship for the flight home. We were all experienced spacemen, and this was a routine trip back to the big blue ball.

Phase 1 of the trip involved reaching maximum velocity. Unlike the old Star Trek shows, where the captain gives a command and the ship blurs into obscurity, only to reappear in another part of the galaxy. It takes several weeks to reach top speed, and several more weeks to decelerate to a velocity that will enable us to orbit a planet. Once we reached our cruising speed, the takeoff/landing crew went into cryo-sleep and the rest of us took turns babysitting the ship. When one crew finished its tour, the next watch relieved them and they would enter the sleep tanks. It was a way to keep everyone involved while reducing boredom on long flights.

My watch started at the beginning of Phase 2. We weren’t quite at maximum speed but close to it. I had just settled into the pilot’s chair when a faint vibration caught my attention. It seemed insignificant, but the first thing they teach cadets is, “Take nothing for granted when it comes to space travel.” It’s the mantra I live by and the one that’s kept me alive.

When I asked the other crew members if they knew what was causing the vibration, like me, no one had a clue. We deployed in a grid pattern to search the ship for any interior anomalies, but found none. The vibration increased in intensity, from a minor annoyance to shaking items off the shelves. Having found no visible reason for the shuddering on the inside of the ship, it was time to check the outer hull.

Taking a spacewalk while the ship is still accelerating is extremely hazardous. The person, in this case, me, needs to be tethered to the ship at all times or the speeding craft will leave them behind. I slipped into my suit, checking that all the joints were properly sealed, inspected both tethers twice, and stepped through the hatchway.

I let the tethers payout allowing me to see the entire ship. There was no mistaking what was causing the vibration. The antenna array mounted on the rotating artificial gravity portion of the ship must have been struck by a micro-meteor. The impact sheared away a portion of the mounting brackets, allowing the massive array to strain against the remaining restraining cables. If I didn’t cut it free immediately, the ship would be destroyed.

Unfortunately for me and my shipmates, the worst-case scenario happened. Two of the three remaining cables snapped under the tension. The remaining cable spun the antenna directly into the center of the ship, breaching the hull. The bulkhead my tethers were attached to broke off, and I was set adrift in deep space.

They say nobody can hear a scream in the vacuum of space, but I screamed anyway. My oxygen was almost gone, and I had made peace with the fact that I was going to die. Suddenly, what started as a single flicker of light burst into a bright flash, revealing a de-cloaking ship. It was unlike any craft I had ever seen. A mechanical arm with extended tongs grabbed my tethers, pulling me into a landing bay of some description. Several entities gathered around, as curious about me as I was about them. As I lay on the ship’s deck, I thought, “Someone heard my scream in space.” It was time to begin humanity’s next chapter.