by Leigh Hooper about a month ago in Fable 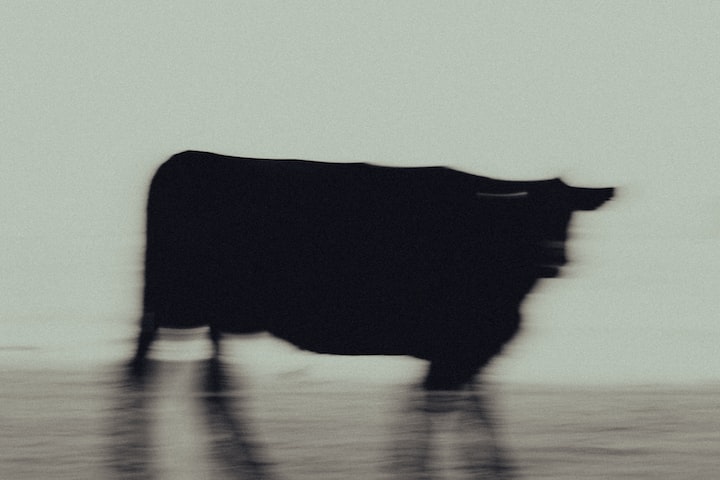 Photo by Geronimo Giqueaux on Unsplash

The Minotaur had heard all of the idioms, all of the stereotypes and prejudices associated with the bulls. He'd heard them on the wind, of conversations carried from far away. The phrases were chucked so casually into conversation that he wondered if anybody stopped to care about how the bulls might feel.

Of course, nobody did care. Nobody had cared for him since the moment he was born. He was dubbed a freak, unnatural to be in the presence of humans until his only choice was to become exactly what they said he was, a monster. Neither man nor bull, he rested precariously on the balance. Being both human and inhumane was the price he had to pay for somebody else's sins.

At the heart of the labyrinth, the Minotaur waited. Being trapped in the centre of an endless, shifting maze had never been the life the Minotaur dreamed of, yet there was no life for him on the surface. People were scared of him. They pointed, and ran and screamed, and who could blame them? The Minotaur had done terrible things to survive, terrible things that he knew the Gods would never forgive him for. It had been centuries since he'd seen the sun, and he'd given up on escaping for just as long.

Every now and then, a stray would appear. A dog, a human, a demigod. As much as the Minotaur wished for a friend, he wished for food even more. Perhaps the Gods had heard his prayers and took pity, or perhaps nobody was listening to him at all. It was better to think of it that way, instead of spending his days hoping for somebody to take notice. No matter how the strays stumbled upon the heart of the maze, the Minotaur was always grateful for the meal.

He had heard, in his time in the labyrinth, whispers of stories. Whispers of legends and folklore. Some claimed the Minotaur was dead, slain by the great Theseus. Some claimed that the Minotaur had died of heartbreak, being neglected by his mother. Some even spoke of modern words he didn't understand: video games and films. According to the wind, Madness and The Minotaur was spoken with excitement and kindness. Eventually, after many moons, society shifted. Only slightly, like the maze changing course, only by one turn.

No more bull in a china shop, no more bullshit. As time grew on, the symbolism of the bull changed. It morphed and grew into something better, something hopeful. The wind spoke of fertility and strength. It spoke of grabbing the bull by it's horns - an unmatched confidence. It inspired the Minotaur. It shook him from his sorrowful stupor and charged him forward.

He began exploring the maze. Remembering every twist and turn, feeling every wall with his human hands. The labyrinth came with its surprises though, the way some tunnels shrunk and changed. Some had been completely submerged in water, and some twisted so narrowly that the Minotaur's horns scraped against the stone walls, leaving indents from the countless times he had tired, and failed.

The Minotaur never gave up though. He never once succumbed to the discriminating expressions that still lingered in the back of his mind. He tried, and tried again, calling on the strength that the wind had spoken of to power him on.

He was determined now, and he didn't care how many centuries it took him. Maybe there was life above ground for him, the symbolism of the bull now giving him a new purpose. Yes, perhaps people would be scared of his appearance, but in time they could come to accept he meant no harm. The Minotaur was sure of it.

There was a life out there. It may have a maze of issues and problems to deal with in the real world, but for the Minotaur if he would navigate the labyrinth then anything was possible.

This is my fifth SFS Challenge entry, and you can read my fourth entry for the Golden Summer Challenge here:

Receive stories by Leigh Hooper in your feed
Leigh Hooper
Read next: Love is in your golden eyes (I am Bexley part 36)