The Karen, the Mitch and the Bathrobe

by Josh Lowe 2 months ago in Short Story 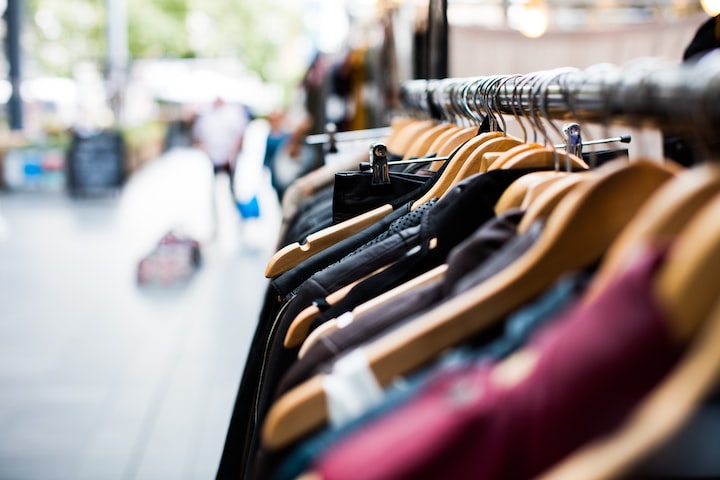 Photo by Artificial Photography on Unsplash

It was essentially an immediate warzone when I arrived for my shift shortly after eight in the morning. Not in a literal sense, but the sharp noises and snappy remarks which emanated from the customer at the service desk were hostile to say the least. She was a Karen for sure. An above-the-shoulders platinum blonde bob cut was draped over her head, and she wore a hideously bright green pantsuit that screamed 'I'm middle-aged but in denial about it'.

Unfortunately I only managed to catch the end of the conversation as I'd been running late to my shift, and poor Mitch had copped the full heat of the woman's outrage. He was a good employee but was also fairly new to the store and didn't have much prior experience in retail.

"See? Now that wasn't so hard was it?" the woman barked as she spun around and walked briskly towards the exit with a handful of cash. A malicious smile pulled at the edge of her dark red lips, which were probably stained with the blood of all the young helpless retail workers she'd mauled previously.

For a moment I considered intervening and catching her before she left, but quickly changed my mind when I decided I didn't really want her in my store for any longer than she had to be. So I made my way over to the service desk instead where Mitch was standing, pale-faced and staring absently at the cash register.

"What was all that about?" I asked, slightly concerned that the woman had sucked the soul out of my newest employee.

"Uh, well, I- I don't really know. I'm not sure if I handled that properly, Sam..." Mitch replied shyly. He still had a confused look in his eyes. There was a weathered dark blue bathrobe splayed across the counter in front of Mitch which was strangely out of place.

I let out a sigh and looked around the store for a moment. It was empty, which wasn't surprising, people didn't typically start trickling in until about an hour after opening so it was strange that the woman had arrived right when Mitch must have opened.

"That's ok. You're still learning. How about you walk me through what happened?" I said, trying not to make Mitch feel any worse. He looked up at me and nodded.

"Well, the woman arrived basically as soon as I opened the store. She was saying she had bought a bathrobe from here last week and wanted to return it. So I asked for her receipt and then she got angry because she didn't think she needed one."

"Right? Except her name was Kathleen. She was getting angry saying she had more errands to run and that I was wasting her time, so I asked for her email and phone number so I could try and look up her purchase in the system, but she wasn't in the system at all."

"Of course," I rolled my eyes.

"And then she got really angry and started saying she was going to report me. Apparently her husband is the chief of police and what I was doing was illegal. She said I should just pay her back the value of one of the bathrobes that we have on display..."

"Oh, that must have been Troy's wife. I've only met him once before when I had to drop off a wallet I found at the police station. He's a nice guy but apparently his wife is a piece of work. So what did you do?"

Mitch stiffened up and looked noticeably guilty, "Well... I did what she asked."

"Oh no. So you gave her money without evidence that she'd actually purchased the bathrobe from this store?"

I let out a sigh of frustration that was a little more audible than I had planned. The colour still hadn't returned to Mitch's cheeks. I picked up the bathrobe which Kathleen had thrown onto the counter and flipped over the tag on the back. Noticing the production date, I let out another frustrated sigh.

"What is it?" Mitch asked cautiously.

"It's not your fault, Mitch," I said sympathetically, "But the tag says this bathrobe is seven years old. The bathrobes we have on sale here were all made this year. There's no way she purchased this from us last week. We've been robbed."

Mitch's jaw dropped open and his eyes looked like they were about to pop out of his head. A series of spluttering noises came from his mouth as he tried to respond before he stopped and took a deep breath to recollect himself.

"I can't believe it," he said in shock, "What a horrible woman."

"That's retail for you, Mitch," I sighed, dropping the bathrobe back onto the counter. A loud thud came from the gown as it hit the bench and both Mitch and I immediately looked down at the bathrobe.

"What was that?" I said curiously as I picked the gown back up and began patting it down. My hand brushed over something solid in the left pocked and I reached inside to investigate. It was a mobile phone.

"How on earth did she manage to leave her phone in the bathrobe?" I laughed.

"Surely she'll be coming back to get this as soon as she realises?"

Mitch's eyes bulged with fear at the thought of Kathleen returning. He looked something like a traumatised hamster, "Oh no," he groaned.

Suddenly, a notification popped up on the screen. It was a flirty message from someone named Mathew which, in a rather colourful way, suggested he would like to see Kathleen with less clothing. As if it were a reflex, I dropped the phone onto the counter and the word "Ew" came spewing out of my mouth.

"What?" Mitch asked curiously, picking up the phone. After a moment he reacted exactly as I did, dropping the phone to the counter in disgust. After a moment of silence, we both started laughing.

"It's disturbing to think that this woman has a love life. She probably eats her mates afterwards," Mitch chuckled.

"I thought this woman was married to the Chief of Police?"

"So she's cheating on him?"

A quick browse through her messages proved our theory. It was nosey, but the woman was a complete and utter witch so we didn't exactly have much respect for her privacy.

Holding the phone in my hand, I thought for a moment about what Mitch had told me. This woman was a truly horrible person. I was so mad that this entitled middle-aged woman had ripped us off like that. It's not fair that awful people like that always get their way. Not only that, but she was clearly cheating on her husband and using their marriage as a power-play. Suddenly, I had what was perhaps the most vindictive thought that had ever crossed my mind. I could feel my lips pulling into a smile as I thought about it.

It was almost 10:00am by the time the Chief of Police arrived. He was a little confused as to why we had specifically requested him when we called the station, but after showing him his wife's phone and explaining how she had essentially robbed the store, he seemed to come around. Mitch and I felt bad for him, but Troy wasn't even that surprised when he found out about his wife's affair.

"I guess I'd kind of known about this for a while but was in denial," he sighed, "At least I won't have to put up with her anymore."

I didn't really know how to respond so the three of us just stood around the service desk in silence for a moment. Thankfully the awkwardness was interrupted when Kathleen stormed back into the store. It had taken her almost two hours to realise she was missing her phone, which was weird, but I suppose she must have been preoccupied dismembering other helpless store workers. She didn't even seem to notice her husband at first.

"Is there a mobile phone here?" she screeched at no one in particular.

"Yes, there is," I replied as I politely handed her the phone. It was hard to wipe the smug smile off my face.

Kathleen snatched it out of my hand and then suddenly noticed her husband.

"Oh, what are you doing here, Troy?" she said, becoming noticeably nicer.

A confused look drifted over Kathleen's face which almost instantly turned into an annoyed scowl.

"What have these morons told you?" she hissed.

"Well, I could spend the next ten minutes explaining to you how deliberately scamming stores into refunding you money is problematic, or you could just come with me peacefully to the station."

"Oh please, you're not going to do anything, Troy," Kathleen smirked, overflowing with confidence, "I'm your wife."

In a split second, and without hesitation, Troy slapped some handcuffs onto Kathleen's wrists and began pushing her towards the door, "Not for much longer," he said coldly.

"What?! But I've done nothing wrong. I've just been shopping for clothes all morning!"

"I wouldn't have bothered if I were you Kathleen," Troy said sarcastically as he pushed her further towards the exit, "From what I've heard, Mathew prefers you with less clothes anyway."

I would have given anything to preserve that moment in my mind forever. The way that woman's smug smile was knocked from her face when she realised she'd been exposed was priceless. Even if she didn't end up getting charged or going to jail, the sheer embarrassment she must have felt as the other customers watched her get dragged away in handcuffs by her own husband will keep me smiling for years. The witch had finally gotten what was coming to her.