by Nathan Miller 9 months ago in Short Story
Report Story 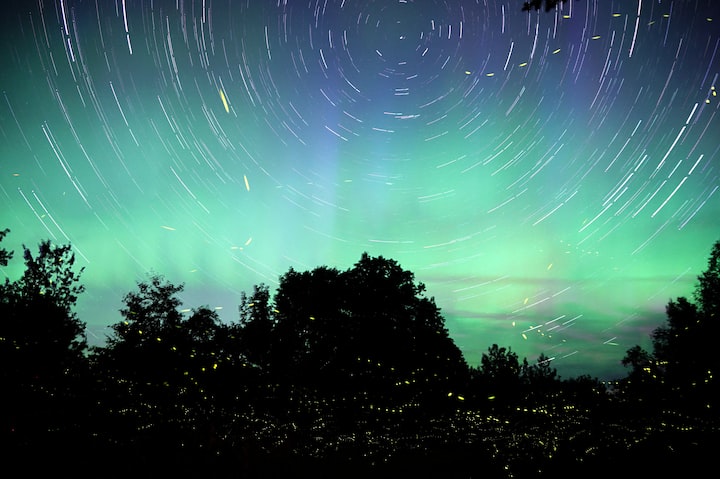 Photo by Mike Lewinski on Unsplash

It’s over, it’s all over now. I wish I hadn’t seen it coming but I knew all about it. I still remember reading every message she sent him and hearing every conversation she had. I knew about her, the guy she was with, and how everyone just thought about how gullible I was. I’m just some gullible idiot without a care in the fucking world. But if they really think that I would just let it all happen, maybe they’re the gullible ones. I was ready to just give up and I didn’t really matter to any of them. But it’s all over now, from the moment I saw the green light to now, I had grown to realize that my life never had to be like this and now, it will never will.

I just got home from another hard day at work. They never really took me seriously there either. Been working with them since I was still in high school, yet they still don’t see me as an equal, they never did. But I figured, jobs are always supposed to be like this, right? Go to work, do whatever they tell you to do, come home, and relax with the wife, that’s what I always thought. Soon after though, I realized that thinking that it gets better when you get home was a mistake and it finally hit me.

I came into the door, and I went straight to the bedroom. I didn’t care about having any dinner or watching any TV, all I wanted to do was to rest in my bed. However, when I opened the door, it appeared that some other guy chose to do that first, right next to my wife. I honestly don’t even know how either of them didn’t hear me, but what’s probably more baffling is that I didn’t try to wake them up. It’s like I said, I knew this would eventually happen, everything in my life was meant to fall apart. So, I just grabbed some clothes and left, maybe they’ll get the hint in the morning. But as I was leaving, I saw something weird outside.

This strange green light just appeared out of nowhere, just right outside my window. It seemed to follow this strange object that also, just appeared out of nowhere. Normally, I wouldn’t have cared and have gone to bed but obviously, I didn’t have a bed to go back to anymore. I had nothing and with nothing left to live for, I had nothing to lose. I went over to check out what seemed to be a…porta-potty? No, no, like some strange mechanical, yeah, it kind of looked like a porta-potty. Yep, as usual, anything that I find interest in leads to nothing but, in this case, actual shit.

No, wait, the green light, appearing out of nowhere, this can’t be some teleporting small bathroom. Then, I saw the person that came out of it, some guy in a dark suit and sunglasses. He looked like someone that definitely doesn’t look like he’d just use a teleporting porta potty. He even had this strange lock on it that he used, it seemed extremely advanced. I just looked in awe and confusion, I didn’t know what to think. I watched him lock the device before he looked over and saw me. “Can you watch this for me?” I didn’t say anything, but I nodded as he thanked me and left. Then, I saw the green lights again and the machine disappeared as I heard laughter from the man.

That moment, I felt my life change. I searched all for him with no answer, he was gone. This machine had entered my life and I desired to know more, but I didn’t go for it. I desired a change in my life, but no one took me seriously and when I told others of this experience, I went from the gullible man to the gullible, crazy man. Nobody believed me and it’s all because of the man. He laughed and left my life just as my wife had laughed and left for another. But, one day, suddenly I saw a green light flash before my eyes, and this time, I was prepared.

The man looked older as he walked out and I ran into him. I don’t know what came over me but I wanted to know. I asked him, I pleaded with him, just what this thing that changed my life is. He refused and suggested to himself that I should have my memories wiped away. He looked at me before going back for the machine. But I refused, I even broke down and cried at his feet. He spoke with me but he explained that he can see if he can help but I must not know how. He said it would be pointless and he chose to leave. But I wasn’t about to let my fate be decided against me this time.

I don’t know what came over me, but I got scared and shot him. I don’t know why, I was never a person to use my gun like this, but I just needed something to change my life. This machine was the first thing that I had seen that could potentially save me and if it really can change things for me, then I must do it myself. So, I let the man live and I took his machine. He pulled out a gun to stop me, tried everything but I managed to escape. That’s when I saw some kind of computer with some complicated details surrounding it until it all made sense. This is not a porta-potty, I had just entered a time machine.

So, now it’s all over. Finally, I have something to use to fix all of this. Now, I know what I must do. That green light has changed everything and now, I have a chance. If I can prevent all the bad from my life with a simple trip to the past, that is what I shall do. No more shall I live under this fear of being attacked and seen as just a little gullible boy. I’d like to think it began with one simple day and now, I will change things. It truly is all over now and I am about to change everything.