by Lisa VanGalen 10 months ago in Short Story
Report Story 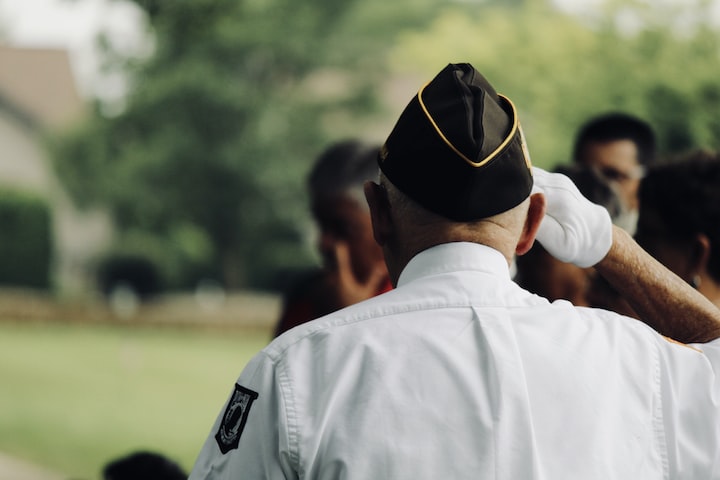 Photo by sydney Rae on Unsplash

“The old man shuffled past my house every morning. Most days he returned empty-handed, his head looking down at the path, his feet barely clearing the edges of the stonework. It became part of my morning routine, watching him carefully make his way down the uneven sidewalk. At first, I was merely curious. Over time, I looked forward to seeing him. Sipping my coffee as I sat on the front step, a smile blessing my face.

Brush, brush, brush, brush. The soft sound of supple leather on stone marked his progression. One of the neighbors told me he lived two blocks down in a small war-time house. He was probably the original owner, I thought, as his thin frame moved along the hedge at the front of my garden. No one seemed to know much about him.

Over time, curiosity crept in. What reporter wouldn't want to know about the stories he could tell, what he had seen in all his years? In the absence of fact, my mind created scenarios about a secret past. It was an idle pastime, the thoughts easily discarded as flights of fancy. It became a game to guess his name, often based on what he wore. The shoes never changed. The leather gleamed from the polish he used, shining like molten glass. Today, he had paired the oxfords with a pair of pressed pants and a white button-front shirt. In deference to the heat, he was without a tie or jacket. And though he was frail, time eating away at a frame which once held more mass, he stood erect, unlike most his age.

The more I observed, the more I became convinced this old man was a veteran, with years of service in his country's armed forces. My imagination filled in the chest full of medals, the tales of bravery on the battlefield, the sorrow at comrades lost. The coffee in my mug had cooled and I grimaced at the bitterness. In my haste to watch the morning parade, I remembered to add a splash of milk but neglected my usual three spoons of sugar.

Startled, I looked up to see the old man on his travels, a grin on his wrinkled face, his footsteps never slowing.

I chuckled as he moved out of my line of sight. One more checkmark. I dumped out the chilled beverage and headed back inside, a smile lighting my face as I prepared for work.

It would be several weeks before I saw the old man again, my boss having me chase a story and working odd hours. I spotted him outside the old courthouse, leaning on the iron railing, his chest heaving with the effort of walking across town in the middle of July.

“Don't waste your time recording all that hot air, young man. It's contributing to climate change.”

I smiled and retorted, “And how has the world changed since the last ice age?”

My face reddened as I realized he had called me an 'ass'. I deserved that.

“Well. Are you coming or not?” His voice still carried the tone of a drill sergeant even if the volume no longer echoed through the front facade. Curiosity compelled me to return to the old building, reaching the door in time to open it for him.

“Age before beauty,” I offered, as I held the massive door out of his way.

“Youth is wasted on the young,” came his swift reply. The entrance echoed with our laughter as we continued exchanging pithy sayings and quips, mostly ageist and often juvenile. He had a storehouse of witticism he was more than willing to share.

Days turned into weeks and our exchanges became more frequent. Casual meetings on the sidewalk turned into pleasant afternoon chats about distant cities, of countries he had deployed to. Many stories started with “So there we were...” and with his wispy voice he would transport me to places I hoped to see, sharing tales of war best unseen by all.

One day I glibly commented about being a superhero and his face darkened. “I didn't do it for your admiration, boy.” he puffed. “I did it so you wouldn't have to.” An uncomfortable silence followed and there were no more stories that day, or for several after that. My greetings were met with a slight wave, without the slightest hesitation in his step. Inside, I ached, for I had meant no disrespect, but Edward wasn't hearing it, my apologies sounding hollow.

Work took me away for a few days and upon my return, I found this parcel on my front porch. The package was elegantly wrapped in simple brown paper, the edges crisply folded, marked solely by three delicately scribed words: 'You'll know when.'

He'd gotten to me again. It was making me crazy. He knew it would. I can see you all shaking your heads, your smiles getting wider. You know what I am talking about. I dropped it on my desk where it sat and mocked me. Its silent presence grew until the room was filled with curiosity. And no small amount of frustration.”

I reached beneath the pulpit surface and pulled out the offending package. Its once pristine condition was now marked with the salty remains of my tears and a smattering of fingerprints.

“It seems strange to talk about. There were many times after I received the box, when we would meet at the end of my lane, his shuffling feet preceding him. We resumed our coffee chats and I believe he delighted in creating new quips and insults to get under my skin. Until last week. I don't know what was harder; preparing this eulogy for Edward? Or listening that day. And hearing nothing.

You may never comprehend why someone comes into your life. Edward became such an integral part of mine. These last few days have felt flat, empty, without his banter. I didn't understand how much I would miss those scuffed-soled shoes.”

I picked up an old pocket knife to slice the tape, the paper falling open to reveal a black keepsake box. Tears welled in my eyes as I stood in front of the congregation, my friend's casket standing quietly on display. A squeak broke the silence of the church as I opened the lid and I smiled. Edward always made sure you noted his presence. My vision blurred as I lifted the items from their nest. The letter I would read later, as per the instructions on the envelope. Beneath the parchment lay a stack of photographs, neatly bundled in an old ribbon. The last images of most of his childhood friends.

The record of a hero. Without opening the final item, I knew. I knew why he had stopped talking, why he would not tell me any more about that day. Crying, I stepped to the casket. I never told Edward I had researched the battle he could not talk about, the one commemorated by the Medal of Honor nestled in the little blue box. He didn't believe he deserved the simple token that lay within, but I did.

I promised Edward not to dwell on his past, to let it go as he had. But as I stand here, in front of all of those who remember him, some who served with him, I need to break that promise. Looking out at the rain-heavy clouds hovering around our town, I sent a prayer of my own.

“The man who lies in the casket deserves to be remembered for all of the great things he did. For the life left behind when he answered the call. For all that he gave up overseas. We can't replace him, but we can honour him.

As we exit this house of worship, I ask that each of you say a word of remembrance, aloud or silently as it suits. Not a prayer, for Edward did not believe he was worthy of forgiveness. But a blessing. A wish for safe travels. For fair winds and following seas.”

My voice broke as I finished my speech and stepped to the back of the casket, motioning the pallbearers to step forward. Age and grief slowed their movements. Their uniforms were sharply pressed, medals shining. Hands, wrinkled and warped from use and disease, moved as one to slowly and deliberately salute the final journey of one of their own.

Tears flowed freely to drop on the cherry box Edward would never have approved of. In fact, it was the first of many 'suggestions' I had ignored. May he haunt me forever, but I simply couldn't let his life disappear without the pomp and ceremony earned decades ago. As we approached the rear doors, two young men snapped to attention before pushing the oak panels aside.

Always inclined to have the last word, I had nothing further to say when I stepped beyond the confines of the church to stand within the glow of the rainbow. This time the last word was his.