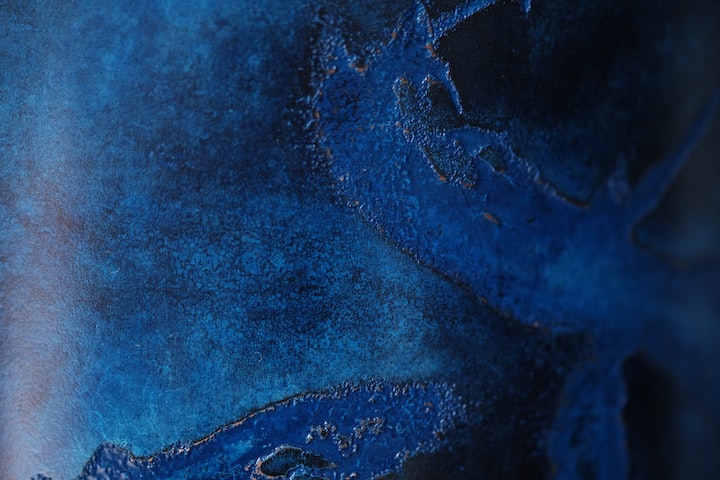 Photo by 五玄土 ORIENTO on Unsplash

She knew that it was morning when she woke. The room was still dark and the air was still. Dawn was not yet there and the birds had not yet started their welcoming invocation. She tried to wrap her mind around the images and the messages presented to her while she slept. It seemed familiar in its tenor, the detail altered. Maybe it was just more.

The color of the sky began to slowly fade from midnight blue to deep crimson indicating that the sun was climbing steadily beyond the Eastern Ridge of the Wobath Range. The crisp air stirred for a moment reminding her that the ground outside was covered with snow.

Cold. Her mind still swirling through all that she dreamt. Was it a dream? Actually, what was it? It still was familiar.

The first note of the daily invocations rang through the air and at that moment a real memory flashed through her mind. From so long ago. She was eight and it was her birthday. They lived somewhere else warmer and the air was always sweet with the fragrances of orange blossoms and lavender.

The first rays of morning flashed through the open windows and doors and she remembered.

Today, in the dead of winter, she would be celebrating her 16th year with her family at the very hour of her birth. She knew the significance it was to her family and to her order. But her mind still grasped at why she dreamt the same dream she had on the eve of her eighth birthday.

She began to recall with great clarity that day. She remembered that the ground shook, splitting the earth; releasing water and fire into the fertile valleys of Cypress Spires. Palace walls crumbled and roads broke into pieces.

She remembered her mother gathering her and her younger siblings to keep them safe from falling objects within their home. It seemed that the episode ended as quickly as it had begun.

That night when her father returned from the institute he described the destruction he had seen. The images flashed through her mind and then there was nothing.

She could not recall the days that followed the great quake. She couldn’t remember her birthday celebration. She only remembered the dream. She saw the marble pillars of a beautiful palace and the green grasses of the orchard. Pinpricks of ice and fire tingled through her fingers and toes as her mind flashed through the river and desert.

There it was. She knew what was different. The boy was now a man. The eyes were the same. They were like black olives in her dream when she was eight; last night they were chestnut. And his hair was long, pulled back in a thick braid, as a boy it was wild and was allowed to whip across his face.

She continued to analyze the differences. The dream lasted the entire night and seemed as if it was a chapter in a greater story. When she was eight the dream repeated; a never-ending cycle that seemed to increase in velocity and strength. The order would change and the apples ripened in winter snow while they rotted in spring. The river flowed with reptiles and insects and the desert shifted with pools of icy water and the sounds floated slowly toward the light blue sky.

Her chest tightened as her memories pulled her to deep sadness. Each breath she drew was labored with despair…

The summer of her 8th birthday, the family left the bright sunny city of Cypress Spires. The harsh winters of Pardine Pines University would be her home for the next eight years.

Arwen had grown into a woman in those eight years.

The warm sun and the chilled air brought Arwen to complete awareness of the present and she felt excitement well up from her core as she anticipated seeing her closest friends.

The tips of her toes touched the ice-cold stone floor as she rose and turned out of bed in a single fluid motion.

Daemon, peering out from under the chaise greeted Arwen with a long low howl as she moved across the room to the dressing table. Each brush and pin, evenly spaced across the smooth cedar top.

She sat on the matching bench and gazed into the mirror hanging low on the wall. How many times she had started her days with the same pair of eyes looking back at her. She knew every expression of emotion. Those eyes could not lie, hide or conceal anything from her.

A red squirrel landed on the windowsill to scold Daemon who slowly emerged from beneath the chaise.

As she finished pinning the braids and curly tresses the sounds of the family stirring signaled Sabastian to crawl out from under the covers.

“Seriously, why are you always in my bed?”

Sabastian winked back and extended his front paws. And then in a moment of complete mischief; lept into the air landing with all claws into the thick black winter coat strewn across the floor at the foot of the bed. Daemon yowled and then a battle of claws and fur clouded the room.

After the battle subsided and each opponent in their respective corners, Arwen walked over to the bed to straighten the covers and fluff and place the pillows in the same configuration as the day before and the many days before that. Each pillow had its place and all the embroidery faced out to paint a picture or tell a story to any guest in her room.

Yellow beams of light crossed the room from the open window revealing the detail of the stone floor. The silvery flecks of granite sparkled and danced reflecting diamonds on the walls.

As Arwen walked from the bed to the wardrobe flashes of light blinded her momentarily. As she extended her hand to the knob, she heard the soft pad of feline paws hit the floor. She stood examining the choices before her. Sabastian weaved slowly between her legs, flicking his tail against the folds of her nightgown. He began to purr and press his head against her legs hoping for a touch or a scratch from her.

Her extended fingers were an invitation and Sabastian stood tall on his hind legs so that his head could reach her fingertips.

The wardrobe exploded with vibrant satin and silks mingled with crushed velvet, wool, and leather. The poppy red day dress was quickly laid out upon the bed as the hunt for the winter white bolero commenced.

“Really!” exclaimed Arwen. Aislyn had not returned the sequinned bolero.

“Aislyn!!” Do you still have my cream-colored dress with the jeweled cover?” Arwen asked as she reached the bedroom door across the hall from her room.

Aislyn groaned, peering out from beneath her covers. “I don’t know.”

“You borrowed it. Where is it? I hope it’s not on the floor and wrinkled.”

Arwen returned to her room and searched for her second choice. In short order, a plain black high-waisted dress lay next to the red dress.

With a deep exhale the search for a third alternative dress resumed. Long delicate fingers passed between each option, separating enough to reveal the detail of embroidery and color.

Another sigh escaped tulip-shaped lips as a third option lay across the red and black dresses.

This dress had never been worn. It was a gift from her parents.

A symbol of their hopes and dreams for their daughter. The usual appearance represents the strong will of a tomboy whose companions included cats, dogs, and horses. The fresh-cut hay and freshly tilled soil; her favorite perfume.

The cultural refinement and education often felt like shackles. She just preferred the outdoors and the freedom felt while traversing the vast woods and fields that surrounded their home. It was expected that the house of “H” is educated; being trained in the arts, developing skills that would edify the body of the order. The pursuit of excellence, supported by mother’s reassuring words: “Visualise your success in mastering this skill.” Still being swapped for other studies like language and talent. Father often spoke of discipline and of self-mastery. Younger siblings played more often and had no care.

More stories from Rebecca A Hyde Gonzales and writers in Fiction and other communities.