The Burning Start of Mary Gold

by Nathan Miller 10 months ago in Short Story
Report Story 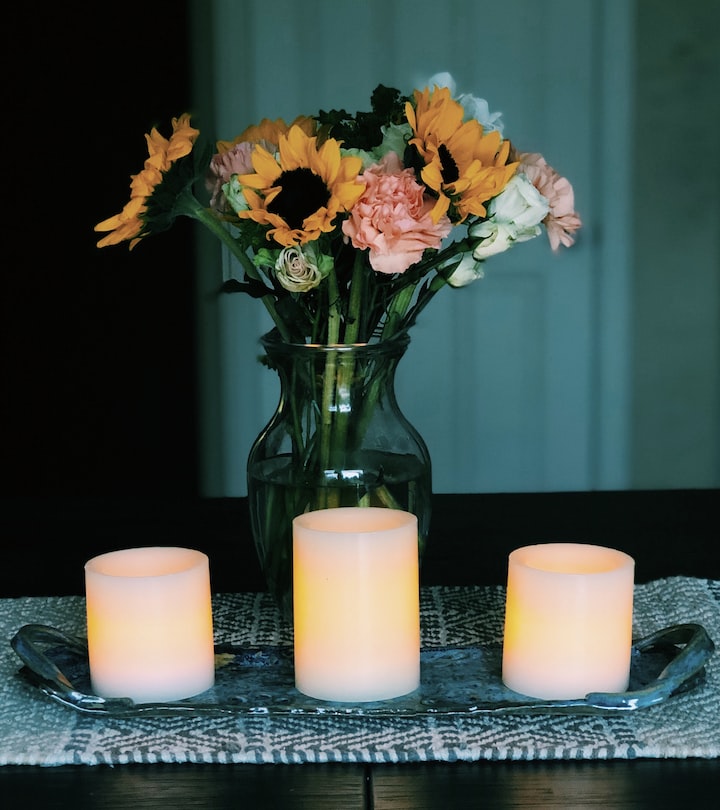 Photo by mia swerbs on Unsplash

Bet she never knew it would come to this. Sitting alone, drinking scotch out of a bottle, and thinking about how it all went wrong. The only thing that gave her company was that fucking flower. A marigold flower in a vase was given to her by her dad, as it was all that was left of him. She was named after it since as a gardener, he always admired their beauty. They represented such hope and passion, just like the early days of her career. But now, the flower sits as dead as any of her dreams for success. Though, you may be wondering how it got to this point. Well, let me tell you this, every good story starts at the beginning.

She was just a young detective working on the biggest case of her career. At the scene of the crime was nothing and that was the problem. Millions of dollars were stolen by a man who was said to have disappeared. Now, she had heard stories about this happening before, but she was never hired to solve one. Every single person that had previously tried and either died or went mad while the cases went unsolved. They had spent all of their time and money, even destroyed relationships to solve cases that ultimately lead to nothing. But this served to be no problem for Mary, she didn’t even have family anymore.

This criminal however seemed to impress her. He left no fingerprints at the scene and no evidence other than the money being missing and some guy named Albert Clemings claiming to have seen it happen. But if Albert saw it, why didn’t he try and stop him? Well, she asked, and he responded, “I would’ve if he didn’t fucking vanish.” So clearly, this guy didn’t help much. However, the bank was furious and so, it was up to Mary to find out who did this. But also, how could someone just vanish? It made absolutely no sense to Mary. People don’t just vanish out of thin air. And so, Mary was convinced that Mr. Clemings was hiding something, and she needed to know what.

Deep into the night, Albert was sitting at home watching some TV. But watching outside his window was Mary Gold. She could smell suspicion from a mile away and desired to find out what Albert knew or even… if he’s guilty. That TV looked nice, something that an average person couldn’t afford. Later, when he left to take a shower, she snuck into the house. She looked around to check if he had hidden the money anywhere in the house. However, while she was looking, she spied a marigold flower. A graceful and healthy marigold flower with a beautiful vase. Except, while she looked at the flower, reminded of her father, a weird strike seemed to hit her. As she looked back and saw Albert with a tranquilizer gun, Mary felt tired suddenly and fell to the floor.

She awakens, tied up and in a chair, while being watched by him. Albert looked at her, smacking her awake before finally taking a seat himself. He immediately had asked, “I told you everything I knew, why does that justify you breaking into my house?” Mary knew that her suspicions were correct and tried to question him only to continuously be screamed at. “I TOLD YOU THAT HE DISAPPEARED! THERE’S NO WAY IN HELL THAT I COULD STEAL THE MONEY, I DON’T EVEN OWN THIS DAMN HOUSE!” Just then, Albert’s rage may have got the best of him.

He knocked over a candle. But…no, that can’t be right. There wasn’t a candle. Was there? It kind of just appeared and…it appeared. Why did it just appear? Anyway, right as the fire grew, some of it burned Mary free. But the walls began to fall, and the television fell right on Albert. “Officer, please...I’m sorry just…help.” The fire was getting close, but Mary was determined to find out the truth. Albert may have been a person but hardly an innocent one. She stepped onto the TV to look past the walls that were close to destruction only to find nothing. The money wasn’t being hidden. Albert didn’t have it. “Officer…. Please.” Albert began to suffocate due to the TV that crushed him, not to mention having Mary stand on it. But without evidence, she left. Albert pulled on her leg to save himself but, she kicked him and watched as the fire grew close enough to burn his face. And Mary left. She found out that Albert wasn’t the thief but let him die. The last thing she saw as she escaped was the marigold flower he had. It burned slowly and killed the one piece of beauty about that house.

Now here she sits at home, drinking her lost bottle of scotch. She looks at the now dead marigold flower that she had but all that it reminds her of is the flower burning in the house. She failed and it hit her hard. She didn’t even choose to save Albert, she just let him die. Why, would she even choose that? It makes no sense. She assumed his guilt simply because he didn’t say enough for her, she broke into the house and when he tried to fight back only to beg for his life, she let him die. She questioned her will as a detective, but it led to that realization. This case is unsolvable for her, she couldn’t even figure out why a candle showed up…Why did it show up?

Suddenly, she got a notice at her door. She opened it to a box with a marigold flower, a candle, and a note. But whoever appeared to have dropped it off was gone. This made no sense…wait a second. They sent a candle and a candle appeared mysteriously at the house despite her not seeing it before. Just like how the thief was said to have vanished. It finally picked up in the mind of Mary Gold. She was a detective after all, and nothing made sense about the case which exactly is what made it solvable for her. If nothing makes sense, then the unexpected is possible. The only way to find the thief is to predict the impossible.