by Bella Blue 10 months ago in Mystery 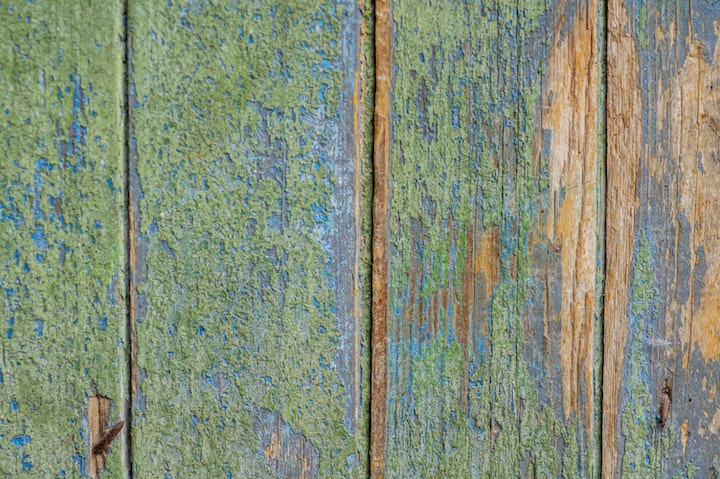 No one had been to the Livingston Farm since Old Lady Bell shot and killed her husband and his mistress as they engaged in their usual Tuesday afternoon delight in the farmhouse master bedroom. The affair had been ongoing every week for over a year when Old Lady Bell drove the 43 miles to town to sell her fresh eggs and cheese, and then perform her household errands, including shopping, banking, and visits to the library. She was usually gone for a few hours, giving the lovers ample time to talk, tryst, and kiss goodbye as the mistress tightened her fist around the three-hundred-dollar bills, the husband lovingly gifted her after each session.

When the police arrived, they found her sitting in the hayloft of the barn, doors wide open, her legs dangling from the ledge. She was watching the bright orange flames devour the remnants of the house she had loved, the life she had lived and the man she had lost.

According to the incident report, she had shot her husband twice between the legs before aiming the gun at his mistress, shooting her in the chest. Most women agreed that there was a wry justice in the bullets being fired into her husband’s genitalia. When asked about the bullets fired into the woman’s chest, she stared blankly, confused, as if the inquirers should know the answer. She responded, calmly, “That’s what heartbreak feels like”.

The charred remains of the farmhouse were eventually bulldozed to the ground. The crops had withered and died. The animals were dispersed to the local rescues. Only the barn was left, standing tall and proud, despite the weathered wood that had been battered until it cracked under the unforgiving cycles of hot sun, and punishing rain. The bright green exterior had faded into a depressed grey. The slate floors and remaining windows were covered in a thick film of grime and dust.

It was all but forgotten until a large tax lien had accumulated from years of non-payment. To collect all or at least a portion of the monies owed, the county tax collector had visited Old Lady Bell at the State Institute for the Criminally Insane where she had been since her arrest. He had left quickly nervous and afraid. Afterwards, rumors circulated that Old Lady Bell was found laughing hysterically and cackling “play now pay later, play now pay later, ”. The farm was put up for sale and waited patiently for a buyer.

“It’s perfect!” Elizabeth beamed as she jumped out of the car while it was still moving.

“Bloody Hell Elizabeth! You could have been killed! Then what do I tell Mister Sinclair?” Lindsay yelled.

Elizabeth ignored her, already taking pictures of the barn, including several selfies, to post on social media.

Lindsay surveyed the property while taking a mental inventory. She was not impressed and couldn’t understand why her employer, Mr. Sinclair, asked that she drive his bubble brained fiancée to the barn. She also couldn’t understand the entire relationship between sensible, corporate attorney Mr. Sinclair and his choice of woman to wed. What she DID understand was that despite her high IQ, ivy league education, common sense and better judgement, she would do anything he asked.

Lindsay studied the small stone ridge in the ground that framed a large parcel of land and decided it must have been where the farmhouse had once stood. She walked around the perimeter of the stones, counting each step in her head to approximately 4300 square feet.

She looked over at Elizabeth who had moved onto live streaming video and was chirping with glee as she showcased each splinter and rusted nail on the barn.

“It’s shabby chic! It’s the latest thing and so “right now” Elizabeth insisted in the car. Lindsay rolled her eyes and kept silent, watching as the old barn became smaller and darker in her rear-view mirror.

Lindsay reported back to Mr. Sinclair citing the full spectrum of concerns regarding the Livingston Farm, highlighting the lack of proper toilets, the barrenness of the grounds, the long distance between the farm and the nearest town, health hazards, liability, concluding with the history and highlighting the murders that had occurred on the property.

“I must have it “Elizabeth decreed to her fiancée, who kissed her hand, bowed in acquiescence, and wrote a check.

So, Lindsay traveled the 43 miles to meet with architects and contractors. Lindsay arranged for landscapers to make the grounds look lush and inviting. It was Lindsay who negotiated with the utility companies to restore power to the farm. They had all affirmed and reaffirmed that it would be easier and much cheaper to knock the barn down and erect a new one in its place with all the modern amenities that were desired. Lindsay relayed the message silently hoping that Mr. Sinclair would agree and realize the insanity of this frivolous project.

“She’s trying to ruin my shabby chic wedding! “Elizabeth bawled loudly, tears falling on cue with a desperate lunge into her fiancée’s arms.

Lindsay drove to the farm, the old barn standing there defiantly, as if it had won an imaginary competition and was awaiting her return. She pulled the doors, propping each one open with cinderblocks left by the contractor. The sun was shining, but the barn was dim and cool inside.

There was a staircase with perfectly symmetrical slats leading up to the hayloft. Had it always been there? She hadn’t noticed it before. It was remarkably well preserved. It looked almost new. She determined that the contractor must have built it to access the hayloft.

She grabbed the wooden rail and proceeded to climb the steps to the hayloft. The roof of the barn had yielded in various places allowing the sun to dimly light the hayloft. The platform seemed solid as she took small steps towards the double doors with the intent of opening them as well. She moved gingerly, looking down at her feet, encased in her shiny leather flats, and instantly remembered when the contractor had jovially commented about them as they spoke in front of his truck, fully equipped with a large metal ladder strapped on top. The realization that there had been no need to build a staircase grabbed her in a phantom grip. The doors burst open, banging loudly against the exterior and blinding Lindsay with the sudden light that illuminated the loft. Lindsay lowered herself to the floor and attempted to cover her eyes with her arms.

At the same moment, in the Institute, Old Lady Bell stood up from her chair and walked to the window. She peered out of the glass and looked westwardly, towards her home.

Ethan Sinclair was not used to non-response from Lindsay who would respond to drunken texts he would send at 2:16 am on Saturday nights with prompt cordiality. He drove the 43 miles to the farm where he found Lindsay’s car unlocked. Her purse fully intact; Her cellphone blinking with a myriad of missed calls and unanswered texts. He entered the barn.

Ethan climbed the stairs growing impatient. She was supposed to compliment his life, not complicate it.

Lindsay sat on the platform, naked, except for her shoes. Her legs were dangling out of the open barndoors.

Ethan was stunned. He could only stare.

“My, my, Ethan, I do believe you found me.” She teased huskily.

He felt lust overwhelming him as he grabbed her, pressing her on the floor beneath him, returning the unrequited desire she had endured for so long.

Had he been more astute, he might have noticed that in six years of employment, Lindsay had never called him anything other than Mr. Sinclair.

Had he paid better attention, he might have remembered the security agreement he had signed the prior week, allowing the temporary installation of video cameras to ensure the large machinery would not be stolen or vandalized overnight.

Had he been less oblivious, he might have realized that a remote signal from the cameras would indicate activity in the barn and send an alert.

When the police arrived, they found an inconsolable Elizabeth wailing helplessly and a contractor covered in soot and sweat with a half-burned blanket and an empty fire extinguisher.

The incident report would state that the death of prominent corporate attorney Ethan Sinclair and his assistant Lindsay Buzzle was an accident. The two were at the old barn on the former Livingston Farm apparently working diligently on the wedding preparations for the upcoming marriage of Ethan Sinclair to Miss Elizabeth Marlton. The video recordings had been lost in the uncontrollable blaze that engulfed the barn. According to the security company, there was no backup. The memory card that might have recorded the incident was destroyed along with the cameras.

Rumors circulated that Elizabeth was stricken with grief and couldn’t possibly be expected to remember the details that might help police like dates and times and places. Her facts were fuzzy and the outline of her activities were blurry. She didn’t recall how she got to the barn, or why she went there or even that she was there. She admitted that she misunderstood the questions, subsequently crying on cue claiming that the policemen were being unnecessarily mean to her and she was more of a victim than the deceased, because she was being constantly badgered with inquiries.

The shabby chic wedding of “right now”, became a small private ceremony as Elizabeth married the owner of the construction company.

The metal frame of the barn was still standing. It had not yielded to the flames. It was hailed as a tribute to architecture and repeatedly featured on several home improvement channels.

Old Lady Bell watched as the camera panned the landscape of her farm before returning to focus on the barn. She closed her eyes and found herself walking through the barn doors. She could feel the warmth of the sun and smell the hay. A single tear rolled down her cheek.