by Lauren Jane 2 months ago in Horror
Report Story 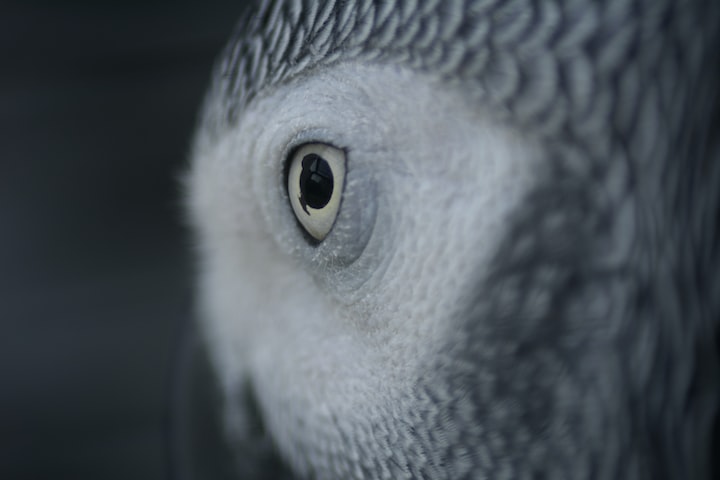 All it took was the gust of wind that seeped through the shutters to snuff it out. He was grateful to the unknown person who helped to light his way at this stage of the long and arduous journey.

Sensing it was safe to come out, the runaway slave fumbled around in his knapsack and found a match. It was a risk, for sure, but he had always been afraid of the dark.

Using the tip of his thumb, he flicked the match’s head and it flared long enough for him to peer around the abandoned cabin.

There! Just as he had hoped, he saw the tallow candle on the windowsill sitting on a chipped saucer. He quickly cupped his hand around the precious match flame and crept over to the window sill, and held the flame to the wick. The candle slowly sputtered back to life.

Now there was light in the little cabin, the slave looked around the room. His dark eyes seized upon a tattered old blanket, gray with age, with a flash of red in places.

He wrapped himself tight in its dusty lengths, then took a hold of the saucer holding the candle. Moving furtively, he found a dark corner away from the window, placed the candle on the wooden floor, and curled into a ball next to its weak flame.

Fatigue seized him; both his mind and his body hungered for sleep. As he drifted into darkness, the blanket’s colors spun in his mind. And when he was somewhere between wakefulness and sleep, the slave could hear the whisper of a voice he had not heard in many years. His mother’s voice.

He let the soft threads of her voice wrap around him like tendrils, and, despite everything, the slave felt a sense of comfort he had not felt in many years before he was wrenched from his mother’s grasp.

In her soft strains he could hear her begin to tell an old African tale from his childhood.

This bird was the cleverest bird in the land. It had feathers of pale gray, apart from on its tail, which were bright red. Its eyes were silver, and had a knowing look deep inside them. The bird would sing when it was happy, and shriek when it was not.

One day, the ancestor was hunting on the open grasslands when a lion approached. This lion was pure white, like the snow on the far away mountain peaks. It stalked the ancestor with stealth, hiding in the long grass.

The ancestor’s eyes were keenly following an antelope, and he did not know the lion was there. The hunter was being hunted.

Suddenly, a shrill shriek pierced the purple sky and the startled antelope fled. The trees which surrounded the grassland were home to the African Gray, and the bird had watched the entire spectacle unfold before its knowing silver eyes. The bird shrieked its warning to the ancestor once more, who turned, and saw the white lion.

The ancestor summoned all of his courage, and yelled at the lion, shaking his spear menacingly in its direction.

The lion, knowing the game was up, stood to its full height, turned, and walked away from the ancestor, its long white tail swishing the long grass as it went.

Now safe, the ancestor held his spear aloft and called out to the bird, which had now fallen silent, but still watched on from its lookout in the tree on the edge of the grassland.

And, as if knowing its job was done the bird took flight back into the sanctuary of the forest, a flurry of gray and red, singing as it went."

The slave was almost asleep by now, the voice of his mother and the story of his childhood cradling him in his rest.

Suddenly, he was wrenched from his rest by a piercing shriek. He sat upright, his heart thudding in his chest. He listened.

There it was again! A long, piercing shrill, which rattled his brain.

The slave was wide awake now, and sensing danger, snuffed out the candle on the wooden floor beside him, got on his hands and knees, and crawled to the window.

Peering through the shutters into the darkness outside, he could just make out the lone figure of a man, his skin glowing white in the flame of the torch he held aloft. He was the slavemaster’s man, hunting the runaway slave.

A quiet as a mouse, the slave abandoned his knapsack and crawled to the cabin’s rear door. He nudged it with his hand, and waited for it to swing open. Then his muscles exploded, and he ran for his life into the darkness, not for the first time.

The slavemaster’s man, hearing the commotion, ran to the back of the cabin, knowing he had found what he sought. The torch threw enough light for him to see the slave run for the woods behind the cabin, and he followed in hot pursuit.

Suddenly, the slavemaster’s man stopped dead in his tracks. He could hear and feel wind whipping around his head, but he could see nothing. Then, he sensed what felt like razor-sharp claws digging into his shoulder, but again, could see nothing.

Frantically waving his free hand around his head and shoulders to fend off the unseen assailant, he fell to the ground, waving the torch in front of him wildly with the other.

Out of the blackness, the slavemaster’s man could see two silver eyes appear right in front of his nose. The eyes chilled him to the bone, for they were knowing, and as cold as ice.

The eyes faded from view. Something cold and smooth rubbed itself along the length of his nose. Frozen stiff, he was too terrified to scream when he felt something razor sharp sink into his flesh. The slavemaster’s man lifted his hand to his face, and he felt the warm trickle of blood.

The wind had not ceased to whip around the slavemaster’s man’s face. It felt as if wings were beating around his head. He recovered his wits sufficiently to get to his feet, and ran for his life back towards the plantation, leaving the torch laying in the dirt.

The slave had stopped in his flight to hide behind a tree when he heard the screaming. He could see the man who pursued him fall to the ground. He saw him wipe the blood from his face. And he saw him flee in terror.

He also saw the ghostly apparition of the bird from his mother’s tale. He saw its silver, knowing eyes, its long, sharp black beak, and its flurry of gray and red feathers. The bird who saved the ancestor from the white lion. It had saved his life from a different kind of white hunter on this night. The slave saw the bird fight off their foe, then fade into nothingness in the blackness of night.

Knowing he was safe for now, the slave took lifted the torch from the dirt, went back to the cabin for his abandoned knapsack, then continued on his journey north towards freedom. He felt a newfound sense of courage, knowing the African Gray’s ghost would protect him on his passage.

Somewhere, deep inside the woods, the spectral bird began to sing.