by Leo Dis Vinci 5 months ago in Mystery

A short story with a mystery briefcase 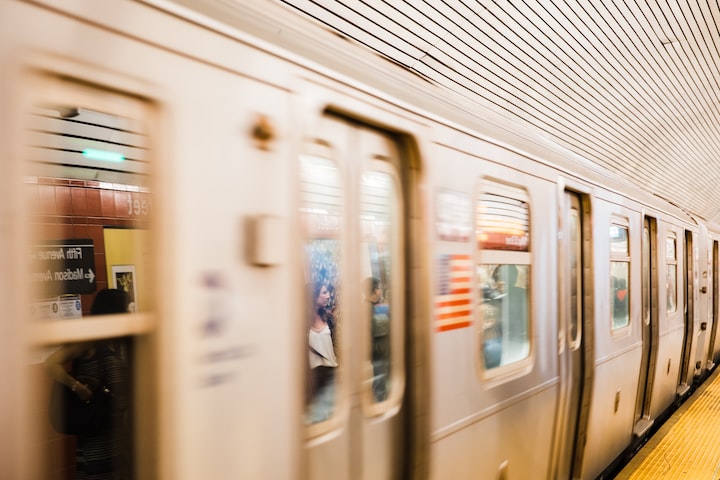 Photo by Jenna Day on Unsplash

People love metaphors for life, don’t they? Life’s like an onion, a rollercoaster, a box of chocolates, an ocean, a seed you gotta plant and nurture. Seriously? Fuck off! I’ve heard them all. We all have a glass ceiling to shatter. We all must stare into the looking-glass. We’re all the authors of our own novels. Well, no shit Sherlock. But, none of those metaphors are right. Do you want to know what life really is? Do you want to know my metaphor? Here you go! Listen up Forrest! Life’s a frozen pond.

It’s a frozen pond inhabited by two types of people: those under it gasping for the few air bubbles that meander across the meniscus between water and ice, and those on top terrified about where a crack will appear and when they will fall in and freeze. My problem though, my whole life, I’ve never known if I am a bubble-sucker or crack-fearer. I just don’t know where I am or why I am here.

Once when I was seven, in the summer of 1988, on a particularly hot June day, I was laid in a cornfield near our home in Maine. A single-engine plane flew by. Somehow the distant sound of its motor concentrated the silence and space around me and for that moment there was a timelessness, and I had a profound feeling of something or other. It felt, just for a few seconds, like life did have meaning. And I might have a place in it.

But right now, sat on this train, staring at a balding middle-aged man sporting a top-knot, I have to wonder, is there really a point to it all?

Next to me, there’s another man on his cellphone. He’s got to the coda in the conversation, which consists only of polite exchanges where he is clearly attempting to gracefully get off the line. Hang up already! Should I do it for him? No, I just need to sit here with the briefcase, I’ve been given.

You see, that’s my problem. I never know what to do. I don’t know my role, ever. You know that feeling you get at four pm in the afternoon when you realise you haven’t got enough done. Well, that’s how I feel all the time. I am a fly trapped in double glazing. How the fuck did I even get here?

Some people just get life, don’t they? They always seem to win. My oldest friend, Chad Myers. He’s a winner. Chad’s the kind of infuriating guy who always manages to look more handsome and dashing at any party even when he turns up unshaven and hungover. The kind of guy who can balance the hot and cold faucet in a shower – every time. And the type of man who has perfected the art of always standing nonchalantly even when reading the titles on book spines on people’s shelves. He never doesn't look cool. I hate Chad.

I cling to the briefcase, in my arms, a little tighter.

A fiercely ugly woman with a fiercely ugly but tiny dog has just sat down opposite me. Is she who I am waiting for? I raise my eyebrows in an attempt to catch her attention, the same way I try to get a waiter’s, it's as familiarly unsuccessful. She ignores me. It’s clearly not her.

Most days I feel like a snaggle on a toenail - you know the bit that always catches the bedsheet? I know I am here, but I am just annoying. If Chad was a bit of toenail, he’d be the ditch by the side of your big toenail where you can pick out all those satisfying clumps of black fluff and grit. I really do hate Chad.

“Take this briefcase and get on the next A line train, that’s all you have to do. They will find you.”

The man had disappeared in the platform crowd as fast as he had appeared. I was left standing. The train arrived. Without much thought, I had just got on it. I always do what I am told, I guess. I really hope I am not holding a bomb. No, it can’t be. It’s far too nice a briefcase to blow up. Italian leather, it says in embossed letters.

Canal Street, the train stops, more passengers get on. Maybe it’s one of them. An attractive woman has just smiled at me. That doesn’t happen often. Maybe it’s her.

I've no doubt I would enjoy life more if I was more successful at understanding the opposite sex. In my comprehension, the smile of an air hostess is as equally genuine as that of a female who might actually like me. I was in love once, I think, Esther McGowan – the thought of her still causes terrible pangs even though she inexplicably married an account called Gordon.

The woman has just pulled out a book to read. A hefty looking tome, the kind I frequently buy, keep on a bookshelf, and never intend on reading. I don’t think she is interested in the briefcase.

The man next to her is wearing an ensemble of especially unflattering and weird clothes which tell me he is, in theory, at the cutting edge of fashion. And another man leaning on the car door clearly has at least half an erection in his pants. Large enough to be noticeable, which I suspect is what he wants, but not large enough to be of use to anybody. Thankfully the attractive woman has shown no interest.

Wait! Should I be looking for more than one person? I hope not. I am even worse with groups of people than I am individuals. I am the person who has to leave a party before it can relax and enjoy itself. I have a lifetime of making people and myself feel awkward normally for no other reason than trying too hard. I particularly specialise in nervously finishing other people’s sentences whenever in a group. And on more than one occasion, I have kindly try to point out or wipe food off a person’s face at a dinner party only to discover it to be a mole or wart. I am inept. Seriously, invite me to nothing.

The doors of the car open again with a gasp of hot funky NYC air. Two men get on. One is wearing headphones and happily conducting whatever he is listening to. The other...The other might be who I am waiting for.

Involuntarily, I pull the briefcase closer to my chest. Irrational, I know, if this is the man I am supposed to give it to.

He sits opposite me.

He doesn’t look like he is looking for a briefcase. There was no obvious signal. Although, I wouldn’t know what the signal is if there was one. You know when you are looking for scissors at home and you make a vague opening or cutting movement with your fingers in the delusion it will help some way, well he wasn’t mimicking opening a briefcase. But I guess such actions wouldn’t be typical for whatever covert operation I am now caught up in.

Should I open the briefcase? A peep wouldn’t hurt, would it? Unless of course, it was a bomb. Then it would definitely hurt. But what if I opened it, and just like the movies my face was suddenly illuminated with the glow of whatever was in it. All the other passengers would want to know what it was I was staring at. For a moment, I would have potential, a plot, a point.

Obviously, I am not going to open it.

You know that fear of peeling too few potatoes for a family meal. Or that momentary panic you have when you think you have lost something out of your pocket because you can’t feel it against your thigh but then realise it’s in your hand. That’s the level of emotion between which my psyche constantly oscillates. The thought of opening an unknown briefcase handed to me a few moments ago by a stranger creates feelings in me I can’t even. Seriously, I can’t even…

I need to calm down. Any minute now, some suave double-oh agent muthafucker is going to whisper some codename words in my ear like “Tiger Claw Monkey winks at the summer bay moon.” And then take the briefcase from me. It will all be over soon.

Think of a place where I feel calm. My grandma’s bathroom. Think of the pink horseshoe-shaped rug which went round the toilet seat. Remember the photograph of the lighthouse that hung on the wall, which you always wanted to visit. Stay calm, you’ve got this.

There’s a different man sat next to me now. He smells good. Definitely, the way a secret agent should.

Instant panic, the kind you feel when you move hurriedly between one cubicle to another in a public restroom desperately trying to find one with a lock on the door, a seat on the bowl and no brown steaks on the seat, but multiplied by a thousand.

The hairs on my neck flick up.

“At the next stop, release your grip on the briefcase. I will get up and I will take it from you. You stay seated.”

I have absolutely no desire to move.

The screech of the train tells me we’re about to stop. Passengers are standing up around me. The woman with the dog, the man with the bulge, they’ve all made a move to the doors.

Now, I see the man. He’s so clearly a spy. Debonair and distinguished - Miles better looking than Chad. In one movement he stands, takes the briefcase off my lap and hangs a black raincoat over his arm to conceal the briefcase – slick.

He looks at the attractive woman. Shit, is he going to just sweep her away with him too? For fucks sake.

He looks back at me. With a wink and a nod back to the girl, he says to me, “Break the ice, Kid! Sometimes you got to learn to skate on that pond.”

The doors open and he disappears. I am left looking at the woman. She smiles at me again.

Have I been talking out loud? How did he know about my metaphor for life? What the actual fuck?

Without thinking I slide into the seat where the man has just been sat. The usually uncomfortable heat of another person’s recently vacated seat actually diffuses through my body and provides comfort. I need some of his suave energy to absorb into me now.

I’d always thought there were just two types of people on the frozen pond of life. Those drowning and those waiting to drown. But the man’s right, there are skaters too.

The woman looks up from her book at me and smiles again.

Is that a crack appearing in the ice? I don’t know. I don’t care. It’s time to put on my skates, breathe that lung-busting cold air and learn how to glide.

I lean over slightly towards her and with a smile and the best James Bond eyebrow raise I can muster I ask:

“Hey, what you reading?”

She smiles again, lowers her book and begins to speak.

I feel the cold air on my face and for the first time in my life, I begin to move without friction.

Read next: No Romance