by Ford Kidd 3 months ago in Series
Report Story 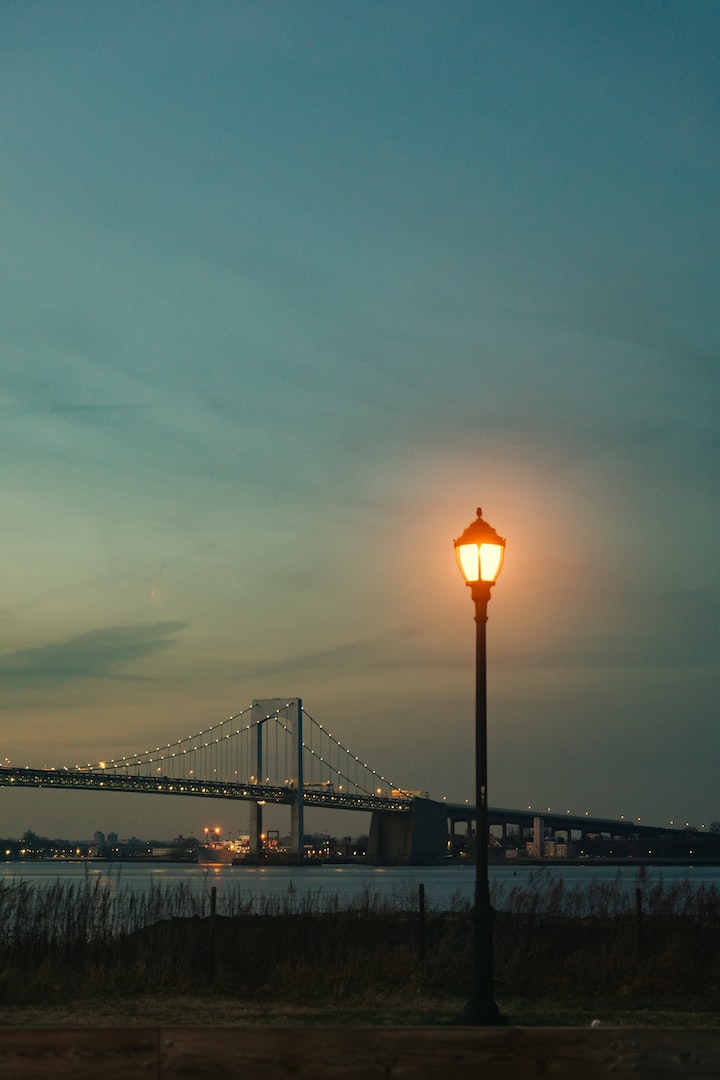 Photo by Andre Frueh on Unsplash

Sean woke up from the cold.

Nasty dampness crept through the thin shabby blanket, clung to the body under the clothes, and wrapped the cold skin. Sean tensed, trying to run the blood through his veins and warm up a little, although he knew it was useless. Falling asleep, he did not feel the constant permafrost in the apartment, his body simply turned off, but in the morning everything was repeated with sickening precision. Cold, dampness, and the monotonous sound of dripping water.

«I would've been down with rock but I'd be broke

By the punk, I'm opening up my trunk

To reveal debt, living it up my life is like a story,» repeated D.O.C., the rapper's revelations were interrupted by screams that often mean the usual dialogue in the hood.

The gray morning pierced holes in the filthy rag that curtained the oily window and sliced ​​through the body huddled on the bed. The block woke up loudly, interspersed with screams and swearing. Somewhere the doors slammed, children cried and female voices howled angrily. Sometimes a dull thud was heard, which could not be confused with anything. The sound of a fist on someone's face and the thump of a falling body. For a second, everything fell silent, as if frozen in space and time, and then resumed with a new deafening force. A police siren howled in the distance, another echoed it, and so on endlessly. It was a real beehive, buzzing and seething, and not a minute passed without incident. Every second someone was killed, raped, robbed, beaten. A purulent wound, tearing up without end and edge. Sean was used to it. He adapted to it, like trash rats do, devouring everything they can reach and processing in their gut everything that can be processed. He got the vaguest picture in his head that life could be different. He just didn't think about it, just like he didn't think about the existence of such things as poetry or the Mona Lisa. For him, life outside the hood was a continuous Colosseum, a world in whose existence he saw no sense. His purpose was to survive another fucking day.

“… Fuck ya, Jimmy!” Something shattered behind the wall, almost covering Sean with gray plaster. In some places it had already peeled off, exposing rotten spots, in some places it still held on, but turned into a loose powder and, and in any encounter with reality, sprinkled itself on the brown floor. Or Sean.

There was a crackling sound, then a screeching scream and a new batch of bickering. Sean turned his back to the wall, his eyes were already open, but his mind was still swimming in dull prostration. The quarreling neighbors behind the wall were called Skinny Jimmy and Lora. Jimmy was dealing the dope and beat Lora from time to time. This did not stop her from giving birth to his son, and just as periodically leaving with him to spend the night with her friends. Who also had dubious brains. Their apartment, soaked through with cheap perfume and beer, was always a mess. As well as Sean’s one. Although, not so much. His flat was dirty, but not messy. He didn't have enough junk to be scattered about everywhere. Sean knew the story of Jimmy and Lora, as well as the stories of all the inhabitants of that bedbug. He could retell the life of everyone in the borough. All of them were like carbon copies.

Realizing that he had no chance to sleep anymore, Sean reluctantly slid off the creaky bed. Bare feet touched the cold floor, and the guy tried to find sneakers by touch, pulling thin black socks from under the dirty mattress.

« But whatever you do, take the time

To enhance the record by making moves like smooth

Sean heard through the flimsy partitions as Jimmy went down the stairs, probably, as usual, hiding stuff in his pockets. Sean never understood that. He was not in the habit of keeping the stuff home, hiding it in walls and behind the toilet. He had understood one rule for himself: money and drugs should be kept away from the place where he slept. There were many reasons. Suddenly arriving cops were not the only nuisance.

The thing hidden in the left shoe was an exception. Necessary measure.

The door to his room swung open, slamming sloppily against the wall. Sean's mother, Martha, appeared on the doorstep. Her messy, matted hair was pulled back into an unkempt bun, giving her the look of windshield wipers' brooms. A greasy T-shirt opened a flabby chest. Martha was still a young woman, she barely turned 37, but the cocaine and other crap prematurely turned her into a crone. The skin, dark with thinness, stretched loosely around the bones, looking like Shar Pei’s wrinkles. The bluish circles under her eyes made her look like a sad version of Jack Skeleton. Sean barely remembered her in another way. For the first few years, she was a normal, healthy young woman who went out of her way to feed him. He knew how it was. These streets offered only two ways: prostitution and drug dealing. Both lead to one end. The Bronx put you on the end like a heroin needle, and you couldn’t get off it.

More stories from Ford Kidd and writers in Fiction and other communities.