Billionaire oil companies buy off a group of employees at a Geoengineering company, leading to the destruction of Earth. 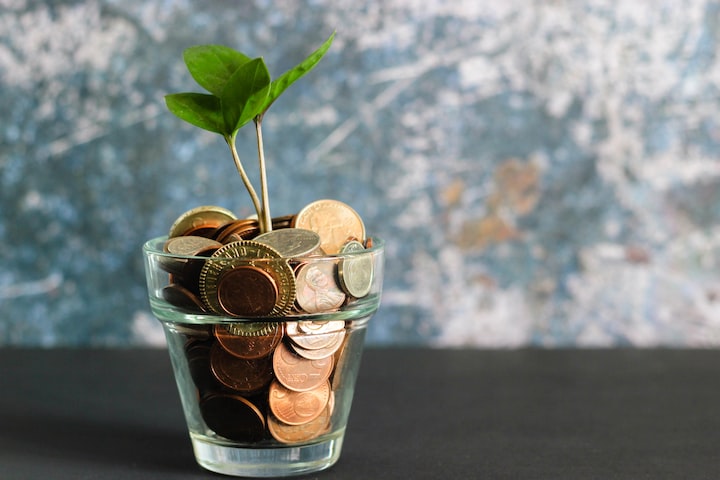 It' been about 3 months, there still hasn't been any signs of life besides me. I still can't comprehend how I got stuck here. Everyone is dead and I'm here, alive, in a city I know nothing about. I've tried to remember the day it happened but it was all a flash. All I can remember is laying out in the sand, sun bathing. Never thought my honey moon would turn out like this. My family is most likely... gone. It hurts to even think about it but there's no point in being hopeful. Today I'm going to go looking for food, a lot of the grocery stores I've come across were mostly trashed. I haven't found any animals to hunt and most plants I've come across aren't edible or barely sprouting. Licorice is the only thing I've eaten in the past two days. If I have to eat another piece of this red rope... Okay, I should go.

The morning sun was red and the day a little cooler than other days. I had gone through my newfound routine: wake up, journal, stretch, eat food or go searching for it. As I stretched my stomach growled, a reminder that I needed to go out looking for food. The family who owned the home I'm living in seemed pretty prepared, lots of toilet paper. The neighborhood was destroyed; stationary cars everywhere, homes burnt but positive attitude was important to me. That is why I chose to have a little fun. "Going out for a run!", I yell to the empty home as I walked out the door. "Good morning dirt! Good morning bent street light! Good morning squirrel!"... squirrel, a squirrel!? I couldn't believe my eyes. It did a double take and walked towards me with curiosity in it's eyes. After a few seconds it went off on it's way. I continued my run scoping out the area for a grocery store, gas station or any place that may have food.

The skies were slightly brighter than the past few weeks, less foggy. Something felt different, the air felt lighter. Maybe it was because my survival skills really kicked in, I was more confident in this situation. Although it's been bizarre, it's exhilarating to finally get to use what I've studied for so many years. Almost ten years studying Environmental sciences and survival tactics. Now I get to experience a true planetary collapse and see how the earth recovers from it. No more humans so it'll probably go very well.

I was on autopilot, runner's high, but moments later I was slapped back into reality by my necklace. A lovely heart-shaped locket that I received from Kai, my spouse, on our second anniversary. I never took it off. We met in a survival training course when I was in college. Both of us were in school; Kai was finishing their master's in Sociology and I, my master's in Environmental Sciences. When we graduated we found a job at SNergy(Sun Energy), an organization focused on Solar energy and geoengineering, as researchers for their sociology and environmental departments.

A few years after working for this organization Kai began acting differently. I figured it was all the pressure they were under. It was like there was something that wasn't being shared with me. Then one day Kai proposed! I was madly in love so I agreed and pushed all those thoughts of there changed behavior aside. A week later, we eloped. Now, what seems to be three months, I'm here. What if I was right though? What if there was something Kai wasn't telling me about? As soon as I began to think about it, something caught my attention. It was a new place I hadn't encountered before.

Corner store! My stomach grumbled as I got closer, like it had a mind of it's own. Doors were open and lights were on. Ding! My heart stopped as the door announced my entrance. I began to scan the store for food but the shelves were mostly empty, up until I got to the very back of the store. Food! There was a large bag of ships at the center of the shelf. My stomach grumbled so loud that it echoed off the walls. As I went to pick up the bag, crumbs fell out a hole. While reaching for some large crumbs that were near the base of the shelf I saw a dark candy-bar-sized object. Trying not get my hopes up, I reached for it. I couldn't believe it, a candy bar. Punching the air in victory seemed to be the appropriate celebration for it. The first bite threw me in a trance of flavors. I wanted to devour it but I folded the wrap over the candy and stuffed it in a pouch for later.

Ding! My heart stopped, my eyes widened and I froze. This couldn't be, something triggered the entrance bell. All these thoughts began rushing through my mind but stopped as my old friend the squirrel ran past the aisle. I took a breath of relief and got up to follow it. Initially I hoped it would lead me to food, which there was but not only was there food, there was an elevator. It was in the back of the dark room, a light slightly dimming the doors. Curiosity overtook me and next thing you know I'm on an elevator going who knows where. Down, Down DOWN. No buttons, no music, just myself and a squirrel going somewhere. It wasn't as if I'd lose anything. I kinda liked the change of pace. My current routine was getting kinda old anyway. Finally, the elevator doors opened to our destination. I couldn't believe my eyes. A vivid underground, filled with people. I lost all feeling and seconds later everything went dark.

A door creaked in the distance, Kai's voice echoed "You're my world, Lux" Suddenly, our wedding vows began to replay in my head "I do." "I love you, Kai" Then everything went black again. Simultaneously, every emotion rushed through my body. Where am I? Why can't I move? Why can't I speak? It burns! My chest! Kai! Kai! I flung my arm finally able to open my eyes. A stranger was looking over me as they spoke, "You were being tracked. That's why we had to put you to sleep. The squirrel was a ploy to get you to find us." I could feel my heart jumping out of my chest. Everything was coming at me too quick. How was I supposed to wrap my head around this. I frantically gripped my chest looking for my locket. "Where's my locket!? It's a heart-shaped locket. I had it on me right before I went into the elevator.", I demanded. "We had to remove it" They said emotionless. How could they! It was all I had. Tears ran down my cheeks. The stranger watched as I held on to my chest. The room was spinning and before I could accept my loss, a calm familiar voice spoke, "It was a tracker. You are safe now."

"Who are you?" I asked unsure of where I'd heard the voice before. "Did you just say tracker?" The person who's voice I recognized stepped closer and looked me straight in the eyes. "It's me Ash. Do you not remember me?" Their name rang a bell but I couldn't remember. "That sick fool erased me from your memory. I won't force it. I'll give you as much time as we can afford to get you on track.", Ash sighed hopelessly. They left me in a chaotic state of mind. Images flashed in my mind. All memories of my times with Kai were clear. As much as I tried to search for memories of friends and family I couldn't see anything.

The locket, where did they put it? "How could it be a tracker" I asked to the now empty room. A video flashed in front of me, a rerun of myself in what seemed to be the past couple of days. Who was tracking me? A robotic voice began to explain everything. "You have been tracked through your locket. You were chosen by Andro Niabé, Head sociologist for the world's leading organization in planetary modification." Kai? It can't be. "Andro, also known by you as Kai, chose you to carry out the assignment of monitoring Earth after it's collapse." the voice continued with a spiritless tone. "Andro and a few engineers were secretly paid off by big oil companies to throw off the projects, which unknowingly to them was going to cause the destruction of 95 percent of the world. These projects would've put oil companies out of business, hence their desperate need to shut SNergy's projects down" The room began spinning again. I couldn't believe what I was hearing "A week from now, your tracker would have alerted the organization that our Earth is once again habitable. Our team managed to hack into your device to block that transmission to their station."

The room became dark and cold. All of my body froze as I took this new information in but the voice continued. “The world began to go off in flames little by little. When the paid off crooks caught wind of their failed equipment making a mess, they began preparation to ascend to the space station that was supplied to them by their multi-billionaire employers. June 20, 2050 was the first explosion.” The day Kai proposed. “June 27, 2050, everything was set up and the countdown began for complete destruction.” This can't be. The day we eloped! “July 1, 2050” I couldn’t take this anymore, “Stop stop stop!", I yelled as I hugged my knees and sobbed. The voice continued but my mind veered off. All this time I was being used as an escape plan for someone who I thought I knew. The voice, continued with it’s presentation, “Today, October 15, 2060, the world above is once again habitable and we want you to help us keep the corrupt billionaires out”. "Ten years!?”, I gasped in disbelief.

It's been a week and a half since I last got to journal. I was looking for food and found truth instead. Apparently, it's been TEN years not three months. The past ten years I've been in an induced coma, on a bed like a tool standing by to be used by a ton of soulless billionaires. Kai, my spouse is actually just an idiot named Andro who was part of a group that decided half a million dollars was worth risking the entire planet for. They were paid off by billion dollar oil companies to screw up some solar radiation projects. Which they did and now we are here, world burnt up, finally about to heal and they want to come back and rule earth with their corrupt ideologies. The worst part is that these multi billionaires paid them off, then hired them to come along on a space ship so they could work for them. Everything has been chaotic but I've been caught up to speed. My adrenaline has been running high and let's just say that being right about my suspicions on Kai's secret life fueled my desire to eliminate these fools. We've rushed to initiate our plans. Finally, today we will go through with them. I don't know if I'll make it back alive, this might be my last journal entry, but I'm willing to risk it all. Lux

Everyone was in place and ready to begin. Once above ground, the locket was engaged and we waited.

More stories from Frida Ramos They/her and writers in Fiction and other communities.