by Chloe Evangelista 5 months ago in Short Story
Report Story

A man walks into a nail salon... 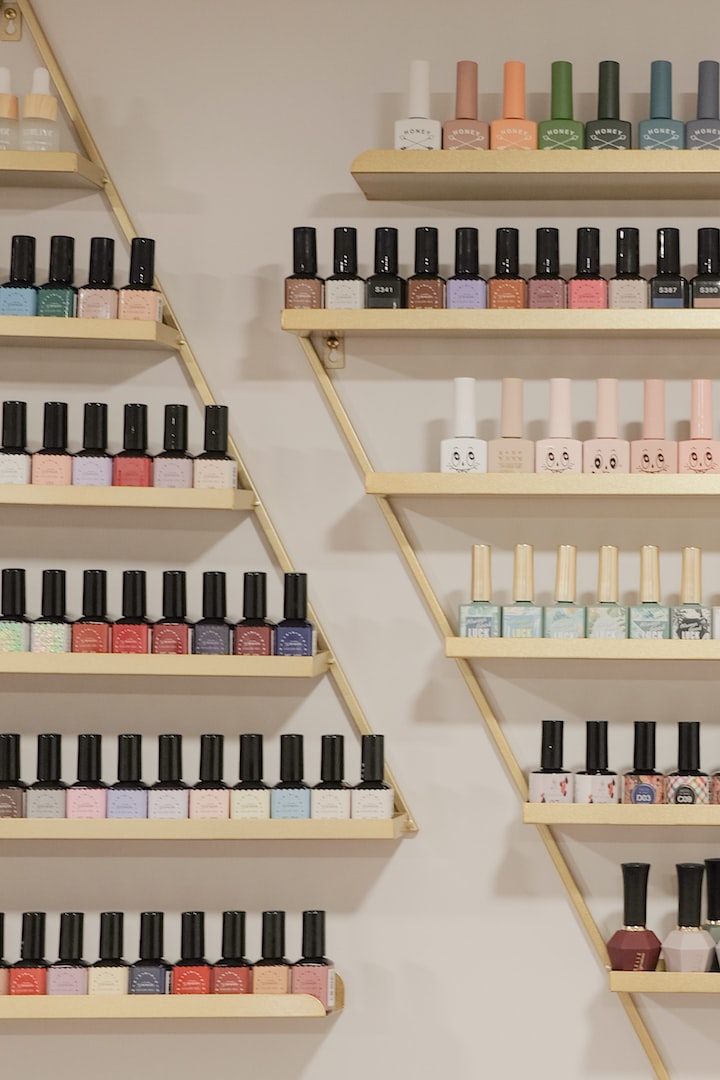 Photo by Henry & Co. on Unsplash

I only glance up because I can feel his presence — and see it, too. Half of the salon’s floor to ceiling window is shrouded in the darkness of his silhouette as he approaches the door, its bell chime rendered obsolete as customer and nail technician alike are, like me, already stopped in their tracks to witness the titan’s grand entrance. Standing at the front desk, he gives himself up unwillingly for inspection; dozens of pairs of eyes dart from his patched up work boots, up to his sleeves of traditional tattoos, and rest on his eyes, so bright blue that they eclipse the deep scars on his cheeks.

“Package delivery?” The apprehension in our secretary’s voice is audible.

“Oh, no. I um…” he pauses to look around the room at his audience. “I have an appointment under Jack?”

“Oh. Yes! I see,” she smiles before looking over in my direction. “Have a seat with Nina over there.”

I never should have come here.

Nina looks at me expectantly as I sit down at her station, a window into her personality; Spongebob stickers adorn her plastic cubbies of nail polish, beanie babies line the conjunction between table and wall, above them years of Christmas cards are fastened with scotch tape. By now, the eyes of the entire salon have grown bored of me and refocused on calloused feet, finger nails, and cell phone screens. All except for Nina’s. She stares at me. I stare back. She looks down.

“You gonna let me see your hands?” she asks rather bluntly, less a question and more of a demand. I place them on the table and can see a twinge of disgust flash through her expression as she examines the permanent dirt under my fingernails, my hangnails, the dry skin on my knuckles.

“I suppose you’ve come here for a basic manicure? No color,” she doesn’t look at me as she speaks.

“Uh. No, actually. I would like… a color. How about purple?” She hastily rummages through her bins and pulls out a light purple — lavender I suppose is how it would be described — and slams it on the table, then quickly gets to cutting my nails.

“Not a very masculine color,” she suggests.

“Yeah, well, it reminds me of my daughter.”

“When she was little, she used to love painting my nails. It had to be Daddy’s nails, Mom’s wouldn’t do. Purple was the only color polish she had.” She dunks my fingers in a clear liquid.

“Did something happen to her?” She pushes back my cuticles with reckless abandon. I clench my toes in my boots to keep from wincing.

“No, no. I just haven’t spoken to her in a while,” I look up at her, but she’s busy twisting the lid off of the lavender bottle. The pigment is splashed on as she jumps from finger to finger.

“The latter, I suppose,” I say. This time I look down. “I know it’s my fault. I know I can’t repair what I’ve broken, the trust I’ve lost. I wish I could just talk to her again. It feels like a piece of me has been missing these past two years.”

Nina grabs my wrists and places my hands in a little box emanating a fluorescent pink light.

“They’ll be dry in about fifteen minutes,” she says, and then, turning to walk away, “Just give her some more time. And never show up at her job unannounced again.”

Fifteen minutes. Two years. Patience. I’ll just have to give it some more time.

More stories from Chloe Evangelista and writers in Fiction and other communities.