by Kenneth G. 10 months ago in Short Story 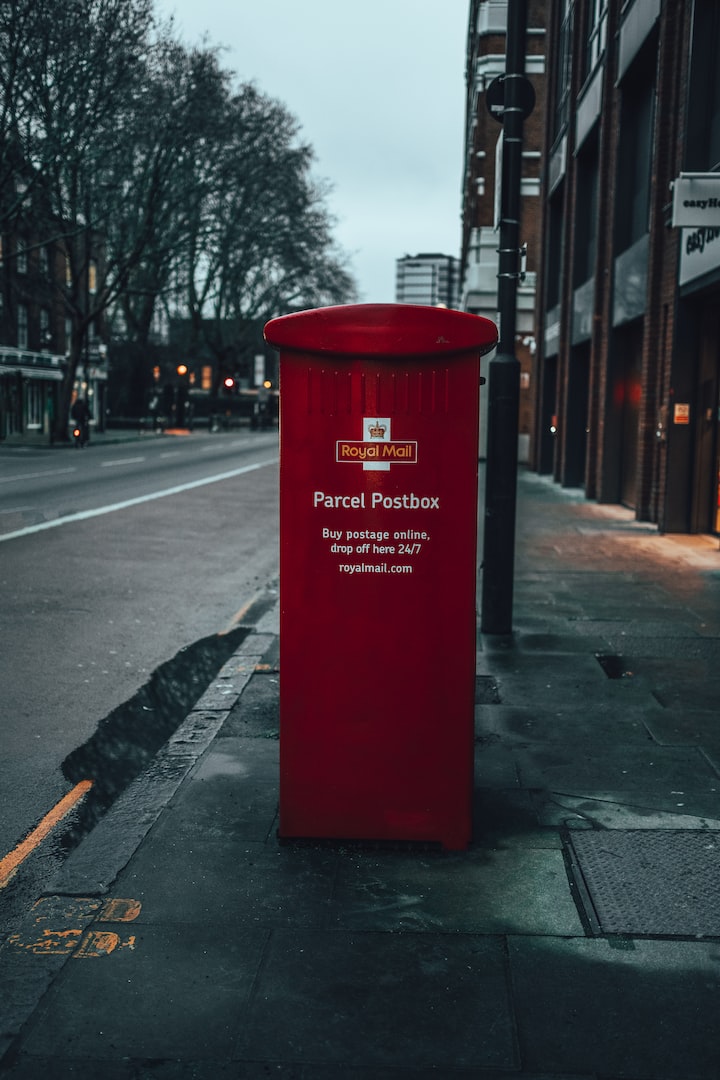 Photo by Joshua Lawrence on Unsplash

23 years on the job. Today was the day Larry Dawson finally said goodbye. As usual he delivered all his mail the way he was supposed to and collected the packages from the drop slot and brought them back to be sorted and sent out to their inevitable destination.

He did this everyday without question for the entirety of his career. Rain, sleet, ice, wind or the brightest of Sunny days Larry would be seen in his truck with his red thermos usually filled with soup of the day for lunch. Larry was the guy everyone spoke to but knew nothing about. Larry was always friendly, apprehensive about dogs and other various animals but who could blame him. It was a hazard sometimes. Slippery decks, unclean driveways and even sometimes the odd firecracker in the mailbox. It was harmless small town stuff that he was used to.

Larry absolutely knew better than to ever ask questions about suspicious and odd looking packages but he always had to when there was no address on it. He never fully understood why people would do that. Make a package with no address on it. He rode around all day on his last day with a small package in the back. Wrapped in brown Larry kind of felt bad that on his last day of all days that there was going to be a package without a destination that would be forever lost. To many that may be crazy but to Larry he always hoped that the packages he picked up along the way brought people joy.

Larry left the package in the sorting room. He went to wash up for the last time. He looked out the window at the row of trucks. 23 years on the job and everyday he brought the truck's back to this lot. When he went to his office to grab his name plate and the rest of his stuff he noticed the small package sitting on his desk.He was bewildered. Maybe someone had left it there because they weren't sure what to do with it, Larry thought. Larry brought it back to the sorting room where a few of the workers were still going through stuff. He set it on one of the tables and made his rounds through the building. He felt a wave of emotion overcome him as this was his last time ever seeing these walls as a worker. For 23 years he had given so much to this environment. When he went to his car the package was back on the hood of his car this time there was a sign on it that said open me.

Larry quickly opened the package and in it was a note with an address. He immediately recognized the address and knew what had been happening. He smiled to himself and drove over to a small restaurant on the docks. He made his way to the door with a big smile on his face and when he opened the door he was greeted with the biggest surprise anyone could ever encounter. His beautiful wife Jenna and all his colleagues for the past 23 years were waiting there for him.

"You remember this place Larry?" Jenna asked him.

"Absolutely. It's the same place I delivered a package on my first day after spending an hour trying to find the place. I remember the woman that greeted me. She was stunning. I almost couldn't explain myself but she just smiled and said thank you. Finally after a few times delivering there I mustered up the courage to ask her out and that's why we are here today."

Larry looked into his wife's eyes and knew that everything was going to find a way to work itself out. Destiny had found him 23 years ago on that day and this is the beginning of their biggest journey together yet. There was no one else Larry would rather take this journey with.

More stories from Kenneth G. and writers in Fiction and other communities.