by Richard Shurwood 2 months ago in Horror
Report Story 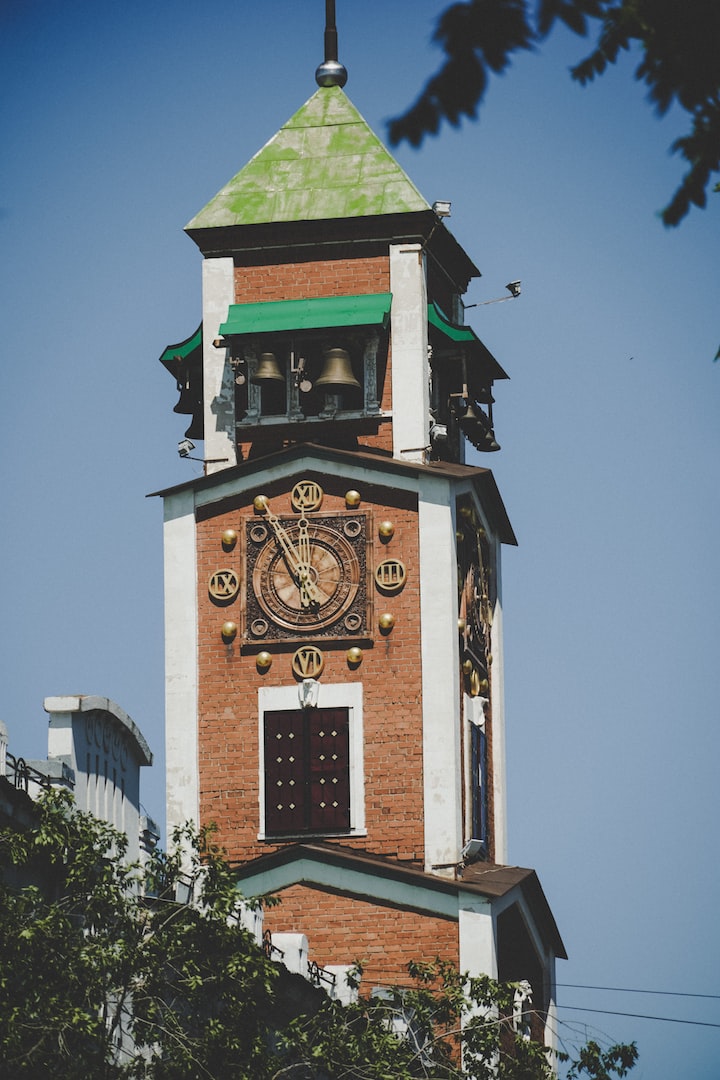 Photo by Pavel Neznanov on Unsplash

In ancient times, one winter, to take the words of the present, the army's ordinary employees Zhang Dayong, suddenly got the leader Liu Gui's attention, so that he, a short-haul messenger, leap to become a long-haul messenger, the treatment is naturally incomparable.

Speaking Zhang Dayong looks big and thick, ugly face, but more importantly, is not doing a good job, is confused, and has not been the leader of the leadership, nor by colleagues pro. Now get Liu Gui so valued, his heart is beautiful, thinking that in the future must be faithful to serve Liu Gui.

Zhang Dayong promised to do so. Liu Gui then told him that he must be fast and furious, day and night to reach Beijing within 8 days, otherwise ......

Zhang Dayong is really dumb, there is bitterness can not say. But the military orders like a mountain, he had to accept the letter with a stiff upper lip. Go home and casually pack, on the horse galloped on the road.

He did not dare to slow down, a series of four or five days, pinch a finger, should have arrived in Nanjing. By this time he was so tired that he could fall asleep sitting down.

Winter days are particularly short, a short time will be dark. He saw a house halfway up the hill in front of him, so he thought he would go to the house to squint a little and let his horse rest a little, and then hurry up when the moon came up at night.

When he approached the house, he found that it was an abandoned temple, the roof, and walls were already in disrepair, and the front and back of the temple were full of weeds.

"Ugh!" He couldn't help but sigh in disappointment, there was no choice but to make do with it.

He bolted his horse and went into the temple. The temple is not large, the middle is the "living room" for the gods, and the left and right are two "bedrooms". He first went into the right bedroom, and could not help but be surprised to see a coffin in the room! So he went to the left bedroom, but unfortunately, the roof tiles missing a large piece, the cold winter wind whoosh blowing in, apparently can not stop.

He put down the knife in his hand, curled up and lay down in the space, and soon drifted off to sleep.

In the night, a clattering sound of horses' hooves from afar, woke up Zhang Dayong. He wiped his eyes and lifted a bit of silk cloth to look out.

The white light of the moon shone in, and the scene in the living room could be seen clearly. He saw a burly man standing there with his head hanging down, and a big shiny knife standing at the back of his neck!

"Kneel!" I don't know where a barking order came from, the man poofed and knelt heavily, it turned out that there was a short old man behind him, that voice was from him.

"I have taught you long ago, the line has a line, robbery has a robbery! You and a few brothers steal and rob property, justifiable, after all, this is what we do for a living. But you robbed the property, but also raped and kill women, kill young children, corrupted the division, really unforgivable!"

Although the man was stout, he did not dare to disobey, trembling, holding the sword, pulled it to the neck, and fell to the ground with a scream. The short old man flew onto the back of a horse and galloped away.

I didn't expect such a major event to happen in just a quarter of an hour, Zhang Dayong was scared to death. He carefully climbed up, patting the dust on his body, thinking that this place is not suitable for a long time, and intended to go on the road. Suddenly from the right bedroom came a strange sound, so scared Zhang Dayong hid again, he did not forget that in the right bedroom, there is a coffin!

Soon, I only see a figure jump out, two hands straight out in front. The man was pale and white, wearing a tattered suit. He jumped to the corpse, smiling cheekily, two hands grabbed the head of the corpse, side, the head was broken off! Then the man put his mouth over, to the neck break, the new chirp sucked up, followed by throat gurgling gulp, he was sucking blood!

Hiding behind Zhang Dayong was scared half to death, he did not dare to make any sound, he was afraid that the vampire found. What a second like a year!

For a long, long time, with the sound of a chicken crowing in the distance, the vampire suddenly stopped, he stood up and reluctantly went back to the right bedroom. Then the sound of the coffin board being covered by Kaga Kaga was heard.

Zhang Dayong understood that this was the best chance to escape! So he lifted the silk cloth, rushed out of the temple door, untied his horse, leaped on, and galloped away.

Until far away from that mountain, he dared to stop to take a breather. This break only to find that the knife and weapon are left in the temple! He was anxious, to go back to get? Afraid! Do not go back? Later the body was found, and found his knife there, and the knife and chiseled with his name, it must be unclear, will not be more trouble?

So, he went back to the temple with a stiff upper lip. Flying to get the knife tool in his hands, it was too late to leave, only to hear the sound of the coffin board moving again from the bedroom Kaga Kaga. He fixed his mind and gripped the knife tool ...... The Kaga sound is gone again. He did not care to breathe a sigh of relief, leaping onto the horse, flying whip and go.

On the 8th day, he finally arrived at his destination! The recipient Wang Ming eagerly received, and received the letter immediately sent to the leader. Then he came back to entertain Zhang Dayong with food and lodging. Wang Ming mentioned that his hometown was none other than Jiangsu, and even mentioned the vampires in the temple halfway up the mountain.

Once Zhang Dayong heard it, he told the horrible things he encountered.

Wang Ming listened, very surprised, it took a long time to come back to his senses: "Brother Zhang, listen to these things you said, our Hao leader's wish can be fulfilled. Hao leader's hometown, also in Jiangsu, received bad news a while ago, saying that the family's wife and three-year-old son, have been killed at home. The home was also ransacked. Hao's leader was very angry and decided to find out who did it. From what you said, the one who killed them should be the man who was given death by the master in the temple! Tomorrow, we will go to see Leader Hao, when you tell him about this in detail again."

Early tomorrow morning, they went to the Hao leader, Hao leader listened to Zhang Dayong's account, so excited that his eyes were red, he patted Zhang Dayong's shoulder, and said: "Dayong brother, thank you for telling me this! Your courage is extraordinary, stay with me and do something!"

You know, Hao leader's official, compared to Liu Gui leader's most! Can get his esteem, Zhang Dayong is of course very happy, but also thinking of Liu Gui's leadership, said he wanted to talk to Liu Gui first.

Hao leadership listened, a little strange eyes glanced at Zhang Dayong, did not speak, and walked away.

As soon as the Hao leader left, Wang Ming scolded him: "You people, really stupid! Hao's leadership of this case, was originally sent to Liu Gui to investigate, but he could not find out, they sent you to send a letter to explain this matter. Liu Gui knows, the Hao leader is in a fit of anger and is likely to kill the messenger. The previous long-distance messenger is Liu Gui's relative, can not let relatives send death, right? So let you come. Get it?!"

"Good thing you came across the temple and inadvertently checked out the case for Hao's leadership, otherwise, your head would have moved long ago!"

After listening to Wang Ming's words, Zhang Dayong was in a cold sweat!