possessed by a ghost

by Richard Shurwood 2 months ago in Horror
Report Story 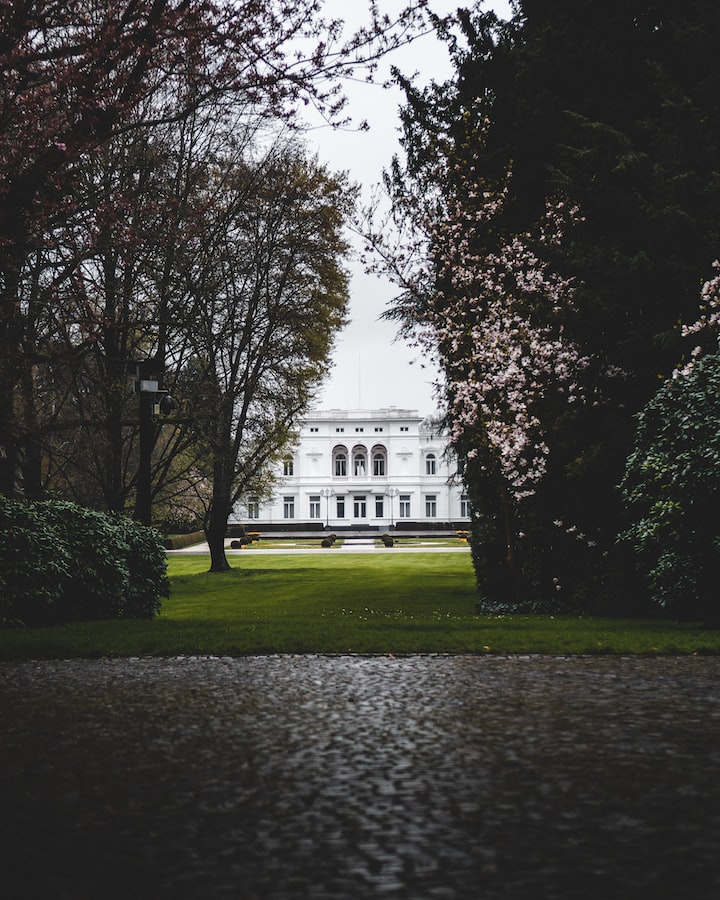 After several years of struggle, Xiao Hua finally owns a small company of his own and also buys a villa near the foot of the mountain. Xiaohua was so happy about this that he prepared to host a banquet at the city's top hotel and invited his relatives and friends to celebrate his family's housewarming.

Who knows that before the invitation was written, Xiaohua's family had an accident. His wife, who was three months pregnant, had a miscarriage shortly after moving into the villa and had to be admitted to the hospital with heavy bleeding from her lower body. Xiaohua was so distraught that he entrusted the company to his subordinates and stayed with his wife day and night.

On this day, Xiaohua finished feeding his wife breakfast. His wife then said to him, "Xiaohua, it's too dark in the ward, so close the curtains and open the window."

He walked over and pulled up the curtains and was about to open the window when his wife suddenly said, "Quick! Quickly pull down the curtains!"

Xiaohua's wife looked horrified: "When you pulled the curtains up, I saw two people outside the window, a man and a woman, both wearing white clothes, with unusually pale faces, looking at me with eyes wide open. I suspect it wasn't something clean!"

"Something unclean?" Xiaohua froze for a moment and quickly understood, "You're not saying it's a ghost, right? Really, where are the ghosts in broad daylight? It must be your eyesight."

"Okay, okay, you say it is. I am here you do not have to worry, rest well," Xiaohua saw his wife a little agitated, afraid of affecting her body, and quickly echoed.

Xiaohua's wife continued: "I'm sure I'm not dazzled, from the first day I was hospitalized, I feel that this hospital is strange. There is no one in the ward and corridor, but I keep hearing the sound of someone talking. Last night I went to bed and woke up in the middle of the night, I vaguely saw a person floating on the ceiling of the ward. Honey, how about we go home, I do not want to live in the hospital. I'm afraid that if I stay for a few more days, I'll be scared to death by these unclean things."

"This ......" Xiaohua some hesitation, his wife said with conviction to see a ghost, he can not help but have concerns. As the saying goes: I'd rather believe it than not believe it. If there is a ghost, it is not a joke. But if he leaves the hospital, he is worried about his wife's health. After all, his wife has just recovered from a serious illness, I'm afraid that this time will affect the recovery of the body, and again, can be discharged from the hospital, but also the doctor's approval to do so.

Xiaohua was hesitant when his wife's attending doctor came over and after a careful examination said to Xiaohua that his wife's health was fine and she could be discharged. After hearing the doctor's words, Xiaohua was overjoyed and said a lot of words of thanks before helping his wife to be discharged from the hospital and go home.

Xiaohua's wife is a beautiful woman who loves makeup and dressing up, so once she got home, she went back to her bedroom without saying a word and sat on the dressing table to dress up. When Xiaohua saw his wife dressing up with that serious look, he could not help but be angry and funny: "You said you saw a ghost, I'm afraid it's your excuse to go home and dress up, right? For you used to dress up every day, living in the hospital those days can not be dressed up hard."

Xiaohua was startled by his wife's scream and ran into the bedroom in a panic and asked, "What happened?"

He looked toward the mirror, the mirror only himself: "No ah, there is no female ghost in red ah."

Xiaohua helped his wife to sit in front of the dresser: "See for yourself, whether there is a ghost in red or not!"

Xiaohua said, "Maybe you have just been discharged from the hospital, the spirit is not very good, and hallucinations. You'd better go to bed and get some sleep, I'll check my email online and make your lunch."

Xiaohua said, picking up his wife and putting her to bed, covering her with the blanket before going to the study.

The study was next door to the bedroom. Xiaohua was afraid that he would disturb his wife with the computer, so he closed the study door as soon as he entered study. Xiaohua turned around after closing the door and was shocked by the sight in front of him. He saw a woman dressed in red, floating in front of the computer desk with her back to him, staring at the monitor. And the monitor was open, showing a bloody woman's head! But this horrible sight lasted less than ten seconds before it disappeared.

Shortly after the horrific sight disappeared, a strange laugh came from next door, and a man was heard screaming: "Dig me out! Dig me out!"

As soon as Xiaohua heard the strange laughter, he knew that something had happened to his wife who was sleeping in the bedroom, and realized that the matter was quite serious. After he called a senior person he knew, he quietly came to the bedroom to probe a look, and could not help but suck in a breath of cold air.

In front of his wife's bed was a man in rags, lying on his back with his hands flailing in mid-air, just like a man buried alive, struggling and screaming: "Dig me out! Dig me out!" And his wife was watching in horror.

Xiaohua wanted to go up to his wife to calm her down, but reason would not allow him to do so. His reason told him that the situation could only be solved by the high person, and he must not act rashly before the high person came.

The master soon arrived. As soon as the master entered, Xiaohua couldn't wait to take him to the bedroom and said, "Master, look, there are ghosts in my house, please drive them away!"

The master said, "Are you sure you've seen a ghost?"

Xiaohua said, "Master, what do you mean? Do you think I'm lying to you?"

The tall man did not say anything, Xiaohua looked at him angrily. Suddenly the master took out a talisman paper from his pocket to Xiaohua's forehead with a thunderbolt, Xiaohua "ah" shouted. Fainted on the ground, it took a long time to come to his senses.

As soon as he came to his senses, he asked the guru, "How did this happen?"

The master said, "You are possessed by a ghost!"

The tall man said, "The ghosts you see are all illusions caused by the ghosts that have possessed your body and affected your brain. I sensed this when you brought me in just now. I saw no sign of the ghost in your bedroom at all, instead, I found your forehead blackened and knew what was going on."

Xiaohua said, "But my mind was clear enough to know that I was me, not some other cat or dog. Didn't you say before that person who is possessed by ghosts usually change their personalities and become different people? Also, if I am possessed, the ghosts of the human body will be able to hide from you, so why would I call you for help?"

The high man laughed: "That's because the ghosts in your body do not want to take your body, but just want to find me through you, begging me to overtake them."

Xiaohua said, "Really? Which is the same for my wife?"

He took out a talisman paper from his pocket and tapped Xiaohua's wife on the forehead, and she fainted like him.

The master said, "You and your wife are two ghosts, a man and a woman, who was buried alive and died as ghosts wandering in this villa after death. If I am not wrong, they are buried alive in the ground of this villa. Now you take a shovel over, when I find the burial site, you use the shovel to dig out their bodies, I will give them a supernatural puja that can be dissolved."

The tall man said with a compass in the villa to look around, Xiaohua took a shovel from the utility room to follow him. Finally, the master came to the kitchen of the villa, pointed to the floor near the kitchen door and said, "This is the place."

Xiaohua took the shovel and dug up the place indicated by the master, about two meters deep, and saw two decayed bodies to the bone.

After doing the puja, he instructed Xiaohua to pull the bodies outside the villa to be cremated and the ashes buried.