The old age of the mountain master, standing on his tea mountain, the body as straight as a pine 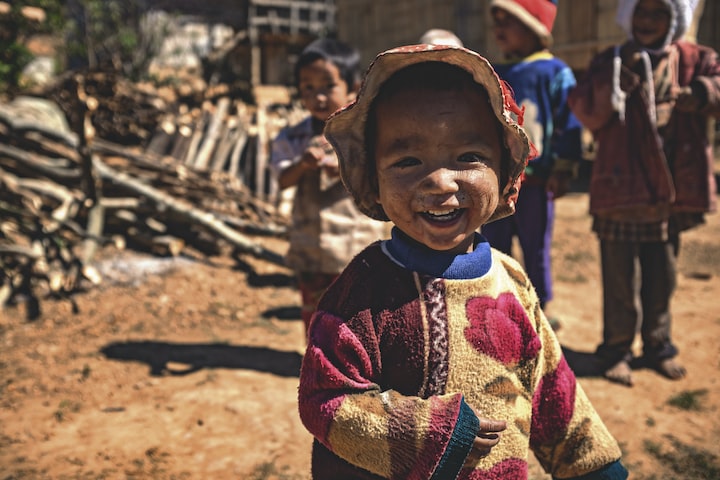 Photo by Jesse Schoff on Unsplash

The old age of the mountain master, standing on his tea mountain, the body as straight as a pine.

Master Shan pinched a piece of tea bud, threw it into his mouth, and chewed it carefully.

"Hey, it's another busy spring."

Looking at the busy figure of tea pickers, the mountain master twirled his white beard, happily talking to himself.

This is not, after breakfast, the mountain master in the ground spread a few bamboo mats, picks up a large bamboo basket, and pours out yesterday's new tea buds, while pouring side raking, even drying.

At noon, the mountain master paced to the fried tea stove, to sit on a small horse, chopping wood to make a fire. Firewood is a pine block, burning up the fragrance.

The stove is embedded with a special raw pot of fried tea, two green pots, cooking pots, and three iron pots next to each other, the bottom of the pot are shiny. This is handed down from father to son and is also the treasure of the mountain master.

The first pot was full of pot rotation. Master Shan left and right, fresh tea buds in the bottom of the pot and between the palms of his hands jumping happily, drawing a wonderful arc. After ten minutes, the tea buds were soft and yellowish-green in color.

The second pot with a strong force. Master Shan moved the tea buds into the second green pot, changing the heat to low, and kept kneading, and patting the tea buds, light and heavy. Tea buds gradually crumpled into strips, tea juice sticking to the leaf surface, the mountain master's hands sticky.

The third pot drilling handle. Master Shan swept tea buds into the cooked pot, flattened them, and baked them with residual heat.

Half an hour later, out of the pot. The tea leaves are as straight and slender as pine needles. Master Shan poured into the hot mountain spring water, brewed a small cup, sip, fresh.

In the evening, the mountain master fried tea bags sealed into a kraft paper bag, and put them in the refrigerator for storage, after a period out to drink, the taste is more mellow, and the aroma is longer.

Ten days later, the master of the mountain traveled more than a dozen miles around the mountain, changing three times from the bus to the town, to the post office.

Master Shan's first crop of spring tea every year, others pay a high price and can not drink it. Master Shan to send to his son and daughter far away. The son studied abroad and became a family abroad, the daughter married far away from the provinces.

After sending the package, it was noon. An elementary school was letting out the afternoon school when suddenly a man with long hair rushed over to the door, pulled out a long knife, and frantically cut towards an elementary school student, the people around seemed to be fixed and did not move.

Seeing this, Master Shan bellowed and darted forward, pulling the child away with his right hand, while his left hand clutched the sharp blade. The man was startled, staring at the bloodshot eyes, found that the other party is an old man, madly scolded: "You old man, do not know what is good for." The mountain master rose-a red face, two hands holding on to the knife, not moving. "Call the police." Master Shan shouted, blood-stained white beard fluttering in the wind.

The police who arrived at the news caught the man. The mountain master then loosened his hands, ten fingers, bloody, cut tendons, revealing the bones ......

Nothing is as good as the lives of children, the mountain master looked at the hands tied with white bandages, thinking, grinning, the children are the latest and best crop of tea in the spring.

Master Shan slowly paced to the fried tea stove, eyes some reluctance: "old buddy, it seems, we both have to retire."

Suddenly, behind the sound of worship: "Master on top, by the apprentices a bow."

Master Shan turned around, more than a dozen young and middle-aged men in the village, briskly bowed to him.

Soon, the village set up a mountain master hand-fried tea workshop, the mountain master with a serious face, standing in front of a frying pan, guiding the disciples a move.

My personality is relatively warm, cheerful, and easy to get along with, but I am serious and rigorous in the work, without a trace of sloppiness.

More stories from Ed Brekke and writers in Fiction and other communities.