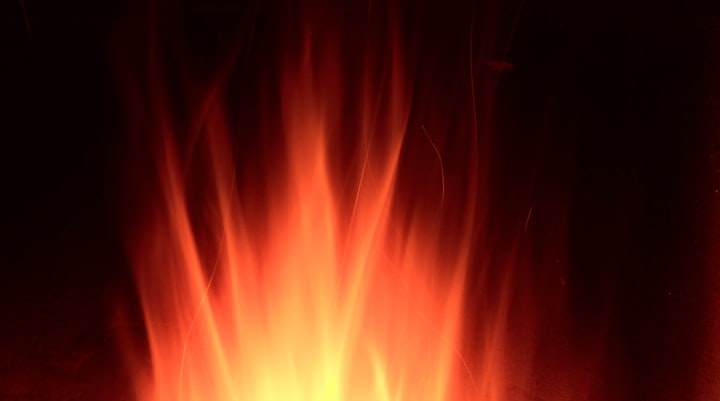 Photo by Arnau Soler on Unsplash

Once, there were galopticas and ferawands, but when the ice in the mountain rivers melted it became too wet and humid for the delicate ferawands to survive.

Are you old enough to remember the ferawands? Probably not. My great-grandmother recalled seeing several of them when she was a child. She told me, in her whispering gravel voice, that ferawands were the most resplendent creatures she had ever encountered—more beautiful than the any inspired imagination could conjure. Oh, they were nine-foot-tallish, but so gossamer-thin that they often appeared as tricks of the light; their transparent wings shimmered on moonlit nights and their breastplates were burnished bronze and silver. She’d only heard them speak on one occasion, and that was when the galopticas were night-prowling through the verdelian forest. They alerted each other by chirping, not unlike the sound a domestic cat makes when spotting a birdling. Delicate voices. Michael Jackson whispers. You do remember Michael Jackson, right?

Only wizitches like my great-grandmother could see those magnificent ferawands—well, they were the only humans who could. My Gee G used to tell me I had the gift of being a wizitch, but I certainly never witnessed a ferawand…or a galoptica. It was too late; they were extinct.

Ultimately, you could blame the dragons for that, but I’m getting ahead of myself. So much transpired before the dragons arrived, and even I—an apparently gifted wizitch—don’t know whether they appeared as a result of the cascade of events or whether they themselves caused the cascade.

When the ferawands died out, the galopticas found themselves with no natural, nutritious food source. Ferawands were tricky to capture, but one ferawand could feed a galoptica clan for several days. No bone, no whisper, no bronze, no limb was left unconsumed.

Now, the galopticas were interesting creatures; their three legs were bowed and their bellies round and compact, and with their tiny heads (three, to balance their legs) they looked like milking stools with those crazy 1970s bedside lamps on top (you know, those ones with the bendy arms). They stood less than three feet tall! Despite their clunky appearance, galopticas were quick and skillful hunters, and they could catch a ferawand without much trouble.

But when the waters began to rise, and the temperatures and humidity soared, ferawands began dying at an alarming rate. Their shimmering wings disintegrated in the heat, becoming gummy and useless. The bronze and silver absorbed heat and moisture, and without the use of their wings, they combusted in the humidity. Tragically, the changing climate melted and roasted them to death.

The galopticas wailed and stomped their three chunky legs at the sight of scorched ferawand corpses, and not merely because they’d lost their primary source of sustenance. They sensed there was something more menacing, more horrific, at play. They felt like they were the next dominoes to fall.

As the planet continued to blister and sear, the galopticas took to eating grummaces and portifois—otherwise known as low-hanging fruit. Have you ever eaten an almatifois? You know how bitter they are, right? Well, the portifois and grummaces were the even more acerbic forerunners to almatifois. At least almatifois have some nutritional value—grummaces in particular had only traces of vitamins and minerals.

But the galopticas ate them because they were easy and quick and required no hunting or preparation. Sorta like when we go to the grocery store and buy canned spaghetti…all you do is pop the can, you don’t even need to heat it up. Again, no nutrition, but it’s fast and cheap. It doesn’t take a wizitch to realize we’re not doing ourselves any favors. Why haven’t we learned?

Anyway, I’m getting ahead of myself again. I’m weary, but I can still remember what happened.

Of course, you probably figured out, the galopticas and their three little heads and three little feet didn’t survive long after the ferawands. Their natural habitat had been razed by fire or flooded where the mountain rivers rolled down into the valley. They ate crap food. Were the dragons already there?

My wizitch sense tells me they were, but I’ve never been able to find proof. But dragons breathe fire, and fire melts ice, and fire is…well, it’s deadly. But not for dragons. And humans, well, so far, we’ve learned how to harness it. But give me a few minutes—I need to make myself a drink of almatifois liquortea—and I’ll tell you what happened once the dragons moved in.

More stories from Catherine Kenwell and writers in Fiction and other communities.