Submitted by the Skin of Knees 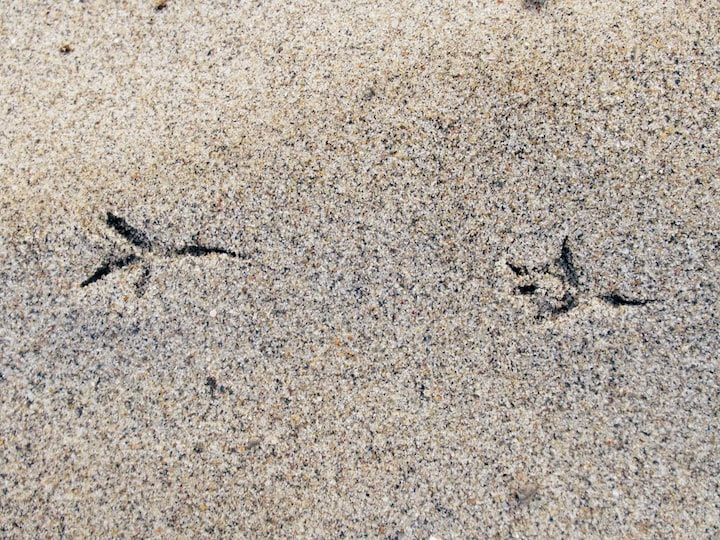 Photo by Vipin Rajbher on Unsplash

You ask what comes next, but why not ask who or what started it? Way to incite bias. My side of the story is due part in your vocal media contest. That’s why I’m entering. I’ve made clear the conflict and exhibited characters on various other platforms, but I can’t share any of that here because I am tasked–once again–to write about fucking dragons. It was even suggested I outline plot. Fine, here you are:

A woman of purity and potential, trapped by a fire-breathing beast in a stone castle, leans out of an arched window and tosses love letters to her knight in shining armor. A story done over by generations in one thousand variations. Spoiler alert: There is no happily ever after. The woman disappears. The knight in shining armor marries a blonde girl.

You ask what comes next, yet no inquiry of the aftermath.

You do, however, ask about The Dragon. Over and over again. I’ve tired of telling it, and now I have to enter into a vocal contest (again). Audience, take heed. This is the last time I share. Preemptively excuse any blunders in my words. I'm new to language. But I studied, diagramed diegesis, categorized sub-genres (won’t tell if I consulted a “tutor” or not). I did learn fairy-tales qualify as fantasy, so I shifted POV into third-person and composed a fantasy about fucking dragons. Again.

Once Upon A Time, there lived a princess. Most of her story, at least of infancy, is only told by The Elders. Apparently, she is the one who recognized a real bird and tracked it into the sacred mountains. And from what is told, it is within those mountains she happened upon a dragon. Or perhaps the dragon happened upon her. No one knows. Vocal media is demanding for a correct version. There’s even a monetary prize for whomever can tell what happened in between that precise moment.

Technically, the princess is the only one who can fill in the gap, but she has no memory of the first encounter. They say she chased the call of a real bird (despite birds not existing long before her birth). They say–at the age of three–she toddered into the mountains, bum wrapped in a nappy, unaware, even, of her own two given initials: E.B. We only know what The Elders have told–A princess disappeared from The Valley as a toddler and returned, decades later, married to The Dragon.

There’s a partial answer to the question at hand of what happens after a toddler and dragon meet in the forest: they get hitched (but not until adolescence). While the princess could not recall the moment she first encountered The Dragon–only being three and exposed on a mountain–she does recount plenty of childhood memories playing with The Dragon. Most are positive. The Dragon gifted much. Elements of the earth served as teething toys and tossing objects. Silver, gold, nickel, quartz, copper, even tied-up packets of silica mounded into hiding places. The dragon draped hunks of prey across four fallen oaks and charred it to her liking. They dined nightly.

The princess remembers, markedly, the day her and The Dragon made an agreement. She had blossomed, by then, into a young maiden raised by the mountain. Fluent in nature, docile and sweet, she sat alongside The Dragon under a canopy of fragile pine needles. She dipped a toe into a rivulet and giggled at her rippled reflection. The Dragon stuck one talon into the bedside mud, and dragged it to carve a deep, long line between them. The princess understood. Then The Dragon, with its nose, pushed a polished ruby over the line across to her side. She picked up the red stone, studied it. No sounds exchanged, no vows given. An unspoken promise made in silent complacency.

The princess knew no better.

Had she known…Ha. Isn’t that what they all say? Had she known, years later, she would end up in The Valley trapped in a tower, well. Perhaps this princess would have ventured beyond those secret mountains before accepting any type of jeweled offer. But she couldn’t have known. She chased a rare bird away from home at the age of three. No one warned her of stone castles and glass houses until, yeah yeah yeah. Unnecessary exposition. Back to the fantasy about fucking dragons.

The princess enjoyed The Dragon and embarked upon plans to consecrate their official union. She gathered trees, insects, and woodland creatures in preparation. Rising action of both plant and beast increased in frenzy throughout the mountain before the ceremony. The princess has recalled the details of that fortuitous night before, multiple times, and for multiple different sources. She cannot, however, provide what happened decades ago when she wandered from home, as a young babe, and contacted a dragon in the forest.

But vocal media is demanding to know the details for some indescribable reason. And it needs to be reported as fantasy. And it needs to spring to the climax (for fear of boredom). Very well, then. The princess did something not allowed within her nuptial agreements. After swearing marital vows, the princess fell in love with another human.

But oh. Right. There are steps to reaching the climax. After the ceremony, as The Dragon burrowed for bits of coin, the princess followed a sound, a haunting twitter from childhood. The Dragon did not notice her slip through the shadows of the forest trees. The sound led the princess down a cobbled path surrendered under nature’s overgrowth. She grappled through tangled branches, muffled visions, layers of foliage, and teased outstretched limbs. Her fingers groped blindly, landing upon lattice.

The princess pushed open a gate and stepped inside a four-walled garden.

The air dripped with scents of lilac and floating blue hydrangeas. Luminescent butterflies slipped in and out of wide-open peonies then flitted over to quake on the petals of daisies. The din of waterfalls could be heard faint over walls covered thick with wild, scrambling roses. Perched high above, a chirped melody began to swell. The princess, lit by moonlight, lifted fingertips above her head and began to twirl and twirl and twirl.

She collided with flesh.

“Beg your pardon.” A dark-eyed young man sprang from haunches into a cardinal flush and stuffed leaves of grass into his pockets. The princess regained balance. From atop the four enclosed garden walls, the chirping crescendoed into warbling melody.

“You found the garden,” the young man bowed, pushed his finger to a shush, then guided the princes, by hand, into the folds of a hollowed, mossy trunk. He pointed above. The shadow of wings glided in swoops and swirls of flight above them. The princess, unable to cast eyes downward, fluidly tracked the shadow’s motion throughout the sky. She hummed in sync with its cry. The young man, unable to cast eyes away from her, murmured, “The song of a bird.”

The man pulled the princess further into velvet green folds and grazed lips against her earlobe.

“A bird,” he whispered. Pointed again.

“Bird.” She repeated, feeling the puff of breath graze her own lips in producing the diction.

“A bird,” the young man’s mouth fell slightly open, the curve of a smile cresting. His eyes studied hers. “A real bird,” he stated.

The princess repeated him.

There is a reluctance to share what The Elders have not told. This is all that is known: the princess we speak of, at a very young age, got lost in some mountains and emerged decades later married to The Dragon. They currently reside together in The Valley. Since the current contest is strictly prohibited to writing about what happened between an initial child-to-dragon connection, there’s no sense in revealing the climax. Besides, none of the official guidelines define exactly what kind of fantasy constitutes as vocal media appropriate.

In a nutshell, at the turning point there was a fluid, mirrored pirouette. The princess may or may not have danced. There might have been several secret visits. That part’s private, buried within the garden. Moving along.

The only gap asking to be filled is the magical first moment when a toddler and dragon meet in the forest. Since the princess is unable to provide that information, The Elders will testify neither fact nor fiction as to who–human or dragon–spotted whom first. Not that it matters anymore, given our current circumstances. But since this is to be about fucking dragons, not divisions, it’s time to draw the conclusion.

Everyone has access to the plot descent; that part of the story’s been told. By The Elders’ elders and their elders and all the other elders. It goes something like this: a dragon wreaks havoc on The Valley in some revenge-fueled fury over damaged resources and stolen property. Then the dragon parks it up in a stone castle, possessively guarding its princess. The Dragon and princess live in mild co-existence. Etc. etc. etc. Resolution.

The princess offered to explain how the falling action led to her denouement in detail, for those interested. There is no need to mention the letters she tossed out of the stone-arched window in this particular tale. The Elders have zero proof any of those letters reached the recipient. Although it is public speculation those letters are addressed to a knight in shining armor, or rather, a man she met in a garden, the princess has given no indications of having relations with any other human.

You asked to know what comes next, no matter who or what started it, but you refuse to address the aftermath. My side of the story is important; this is why I’m writing. I am aware that may not qualify as a proper conclusion in your fantasy competition.

PS. Moral of the story. Be careful what you contest for. Tales about fucking dragons can be so dull; I’d much rather tell about the teacher in the garden.

More stories from Éan Bird and writers in Fiction and other communities.