In the Time of the Dragons 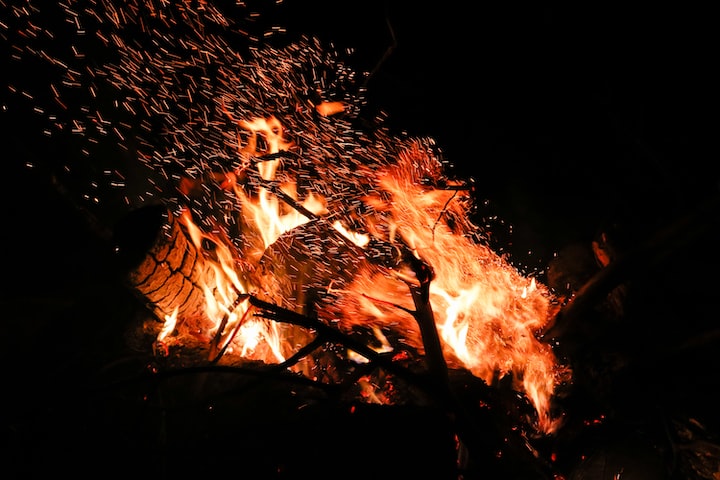 Photo by Andre Mouton on Unsplash

There weren't always dragons in the Valley. But since the advancement of technology and greed has taken over, they've become prevalent in our society. Dragons were things that past generations read about, they were considered mythical creatures, from lands of make-believe. They never existed until now, until man created them. What man wants, man creates. It doesn't matter what it cost or who is hurt in the process.

The project started 70 years ago, when a new company, VisicTech, started experimenting with animals and creating DNA. Now, in 2192, we not only have flying cars and robot brothels, we also have dragons. Dragons, like the ones we read in books. Dragons, like the ones that guarded castles. Dragons, the ones with large wings and huge talons. They have also created different types of dragons; fire-breathing dragons, water-dragons, and nature-dragons. At first, the company had full control of their operation. Eventually, the eggs started ending up in the black market. People decided to breed more and more dragons and use them for profit. The government lost control and now the corruption has taken over.

The Americas started with the creation of dragons, now countries all over the world have dragons. The main reason that these dragons are bred is for dragon fighting. It's a ridiculous and disgusting business but it's all over the world. Big businesses create arenas and hire trainers to train these dragons to fight to the death, then they bet and make a ton of money. Then the cycle continues. In one fight people can make millions, their motivation for this inhuman treatment of dragons is money. It is always money. Many organizations have tried to call this treatment inhuman and tried to get this shut-down, but there is always a loophole. The response is always "they aren't real, they were created in labs." But they are real, they are living breathing animals with emotions and feelings. But they are treated like money making objects.

There are some of us that know that things won't change. Big money talks and dragon fighting will remain. However, we do try to save as many dragons as we can. When they are still roughly around 2 months old, they are the size of a large dog and still haven't been trained to kill. We sneak into these cells and take the baby dragons. We then release them into what used to be called Yellow Stone Park, we now call it Dragon Valley. It is lush with dense forests in which dragons can thrive. As these dragons get older they really can't be caught, much less trained. Some smugglers have tried but it only took one try and the word got out. They were found burnt to a crisp at the edge of a mountain. We can't save them all but we save the ones we can.

There are groups like us all around the world. We are all connected and work together as much as we can to save them. It does come with a price. When these companies started realizing that we were stealing their dragons, they wanted to end us- most of us have warrants out for arrest. Others have been killed by hit-men. One of the worst dragon fighting arenas is also the biggest in the world. It is owned by the most vile man, Henrick Charms. He televises weekly fights and his arena fits more than 100 thousand people. He has a hit out for Karla, she's part of my team. His henchmen caught her recording outside the dragon breeding facility. Her job is to determine when the babies will be born and the expiration date we have until they turn 2 months. She was caught and they tracked her down to her apartment. Now she is in hiding until we are able to move her out of the country.

Charm has a fight on tonight. When the fights are on, we have observed that that is the best time to strike and save the next dragon. Everyone is focused on the live event and distracted. It gives us time to perform our plan out exactly as talked about and save another dragon or more than one depending on the rescue case.

When we prepare for our operation, we make sure we all are in contact with each other, we have weapons, and calming aids. The dragons are more manageable if they are drugged up a bit. Charm has gotten smarter when it comes to dealing with us. He constantly moves the breeding facility and adds more security. Our team is brilliant though. Our hacker, Melvin, is always on top of where the breeding facility is relocated to. He is the brains of this operation. We all have a role and each one is essential to freeing dragons.

The dragons we are rescuing tonight are a water-dragon and a nature-dragon. You can tell what kind of dragons they are by the color of the eggs they were in and the shape of their tails. That is my job in my team, I am the dragon expert. I have studied them for the last 25 years, since I was 5. I am ashamed to say but my father was a dragon trainer, one of the best. Everything I know I learned from him. He loved it and he was extremely good at it. He raised champion fighting dragons. After 30 years of being the best dragon trainer, he wanted to quit and dedicate himself to saving dragons, not training them. He saw the mistake of treating animals that way. He saw things that were done to these dragons and it sickened him. On his last fight before he quit, an accident happened and he was attacked. It is rare and almost impossible for, Lukin, the dragon he was training to hurt him. But that is what was told to my mom and I. I still don't believe it, I believe someone ordered a hit on him because they didn't want to lose their best trainer. I believe Charm ordered that hit. I am also ashamed to say that he worked for that vile man.

"Pira!" I hear Rick shouting my name pulling me from my thoughts. Rick is one of our security guys on the team. He is built like a house and an expert fighter. "I'm coming!" I shout at him while finishing lacing my boots. I let the thoughts of my father and Charm fade away. The only thought I have now is rescuing those beautiful creatures.

More stories from Elsa and writers in Fiction and other communities.