If Not Humans Then What: Part 5

by Gloria Michael 2 months ago in Fantasy
Report Story 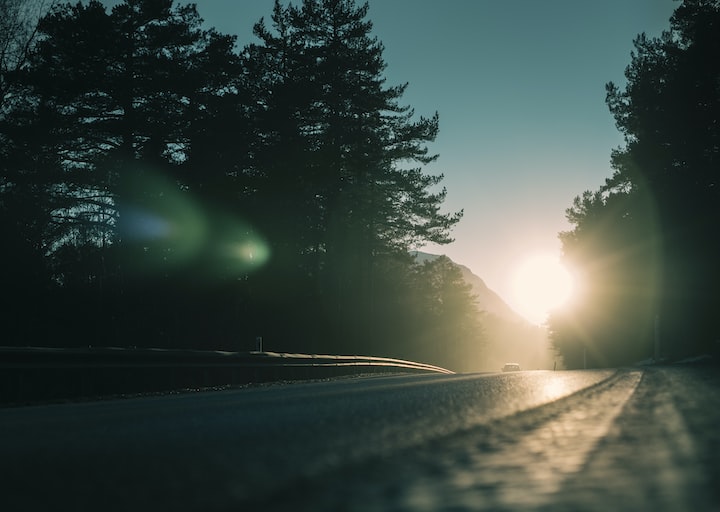 Photo by Torbjorn Sandbakk on Unsplash

Her answer made my heart race, I knew this was the beginning of an extremely long journey and I was definitely happy for her but part of me was also dreading the upcoming days that would follow.

I didn't even notice that someone was sitting beside me until I felt a hand gently touching my shoulder "hey...", a low whisper.

"Oh, hey, Keith, I didn't hear you coming up here," I smiled softly at him "are the others awake yet?"

He shook his head “they went off early today. Apparently someone had a nightmare”. His voice sounded a bit worried and I couldn't blame him because it was obvious that whoever had dreamt about me must've been quite disturbed.

"Sorry about that,” I mumbled and took a deep breath. “And uh, thanks for letting us come here last night. It means a lot" I glanced at the other occupants of the room who hadn’t moved an inch throughout our little chat "sorry about that, I guess".

Keith stared at me for a moment before shaking his head slowly “it’s fine. You seem like someone who needs space and you obviously needed that. Besides, we’ll be leaving early, I think”

I nodded “oh, right,” I glanced towards the clock “is the food ready yet?”. I was still hungry and the sooner we ate, the better; my stomach grumbled lightly as I spoke those words.

"Ah yeah, they should be done by now"

We both got up and headed over to where everybody was seated. As we approached the dining area everyone looked at us, some smiles on their faces. When I saw the blonde guy I stopped abruptly, my mouth gaping slightly as I looked at him. Why did he look so familiar? Wasn't he the guy who kept staring at me before, the one I thought was trying to kill me? I shook my head in confusion, I'm way overreacting here.

"Good morning!" greeted Rachael cheerfully. Everyone chimed in their responses at once, all except the guy who was still sitting in the corner, giving me another weird look.

"Do you know where the bathroom is? I haven't seen one since we arrived and I kinda want a shower"

"You want to go to the bathroom? Don't you want to wash your face or something, though?" asked the brunette guy sitting opposite me. He looked a bit concerned as he questioned me, I assumed he was one of the other people who was staying, though I wasn't really sure.

"Uh, no it's ok I'll be quick. I promise" I replied as I gave them a shy smile before turning away from the group.

I walked upstairs towards the bathroom, closing the door behind me once I entered it and leaned against it for support. It was dark inside the room, the lights were out but I could make out the silhouette of a chair near the sink which I guessed was meant to hold clothes. I removed my jeans, putting them aside and I took the opportunity to undress completely from the shirt I was wearing until only my underwear remained.

I sighed heavily as I lifted my t-shirt above my head. It wasn't easy having a tattoo without a bra so after lifting it a bit I let it fall to the floor and reached for a pair of black shorts that were lying close to me. After changing into my clothes and brushing my teeth a bit I left the restroom and headed towards the stairs, heading downstairs. As soon as I was outside my eyes wandered toward the lake as a memory flashed in my mind.

The water was still dark. The moon reflected on the clear water making it look like the sky was covered in millions of stars. The wind blew softly, the leaves rustling softly as the breeze swayed the tree branches.