A race of aliens approaches a potential new home. 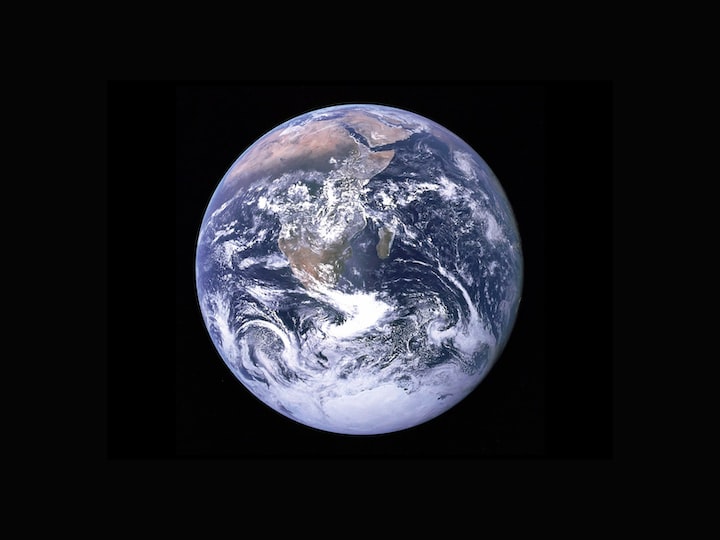 The planet was a glistening jewel on the viewscreen. It was mostly white and blue, with a few green and yellowish-brown patches.

Ogot leaned forward. His claws dug into the arms of his captain’s chair.

The planet grew even bigger. Could this be the world they’d been searching for?

He swiveled in his chair to look at the bridge crew behind him. Six furry brown faces stared back. A thin string of drool dangled from the helmsman’s left fang.

“What do you think?” Ogot asked.

Duhu, his science officer, answered, “Preliminary scans indicate that it’s a good candidate for our new home—the best that we’ve found. Sensors indicate the presence of artificial structures, but they appear to be abandoned. We should take more detailed scans to determine if this world is still home to intelligent life.”

“Are there any indications of pollutants or toxins that could be harmful to us?” Ogot asked.

“Noted,” Ogot said. “Launch a standard probe and collect samples for our microbiologists.”

Duhu typed a command into his console. “Launched.”

The viewscreen shifted to show a small, dark green probe rocketing away from their ship toward the still-distant planet.

This one had to be it. Ogot couldn’t do it to his crew again, finding a planet that seemed perfect, only to have their hopes dashed by deeper analysis. There had been so many false hopes and near-misses over the years. Everyone on their ship, the Luccol Gkoli, had grown weary of their seven-generation search. Ogot didn’t know how much longer he could hold the crew together if they didn’t find a new homeworld soon. The Ghostig had once been a proud race, numbering in the billions. Now, the seventeen thousand members of his crew represented all that remained of their people, along with a precious cargo of eighty thousand fertilized embryos.

“I know that we’re excited, but we must complete our normal duties. That planet down there will still be there in a few hours when the probe reports in,” Ogot said.

A chorus of “Aye, sir” rang through the bridge.

Ogot removed his personal access device from his pocket. He unfolded the slim tablet and pulled up the research they’d already done on the planet. It was the third planet from the sun in a solar system comprised of a yellow dwarf star and eight planets. None of the other planets in the system were habitable. Two were gas giants, while two others were made of gasses mixed with water. The other three terrestrial planets were incapable of supporting life.

Their potential new home had a nitrogen-oxygen atmosphere. Water covered 80% of the planet’s surface. There was abundant plant and animal life. It was perfect, assuming there weren’t any nasty surprises the preliminary scans had failed to detect. They’d also have to figure out what happened to the former inhabitants. He couldn’t imagine that anyone would abandon such a beautiful world. In a place teeming with life, it was hard to believe that the aliens had gone extinct, unless it was due to a disease or genetic defect. Ogot hoped that the aliens and their descendants were gone. Otherwise, he’d be left facing some difficult choices. He would do whatever it took to protect his people.

Five hours later, Duhu announced that the probe was sending back data.

The view shifted. It was their first glimpse from the surface of this alien world. Small green plants covered the ground. There were also larger plants with wide brown stems and leaves at the top, and vines that grew over everything.

The probe was in an abandoned city. Tall buildings rose up to the sky. Some tilted at crazy angles, halfway toward collapse. Others had fallen and littered the ground with debris.

Tiny wisps of white cloud drifted across the blue sky. Animals with wings soared overhead. There was no sound, so Ogot could only dream of how beautiful their cries must be.

What did the air smell like? What would the dirt feel like underfoot? For all the data it sent back, the probe could not answer these questions.

“The data indicate that there was some sort of environmental disaster approximately 794 years ago,” Duhu reported. “The temperature rose rapidly, leading to catastrophic changes in the environment, including flooding and wildfires. The native aliens who build this city and others like it perished soon after. The probe can detect skeletons, but no living beings of the species.”

Ogot’s four hearts squeezed in his chest. “Is this world suitable?”

“Further analysis is needed, but the probe isn’t detecting anything that would disqualify the planet.”

Ragged cheering and howling broke out until Ogot raised his hand.

“I understand and share your excitement, but this world still may not be suitable. It’s too soon to celebrate. Have this probe collect samples and return to the ship. Launch the other probes and have them explore the planet. I want a complete topographical report of the surface, as well as an oceanographic survey. I don’t want any surprises.”

On the viewscreen, they watched as the probe’s metal collection arm extended. It scratched at the dirt. The probe’s arm revealed something shiny and gold beneath the surface. There was a small, thin chain attached to an object. The item had two identical halves with something that looked like a primitive latch and a hinge. The halves were almost shaped like an circle, except that they tapered to a point at one end, and the wider end was indented in the middle. The item looked like some sort of decoration or toy.

Watching the object emerge from the ground reminded Ogot of the last vids taken on Sysiil, their homeworld, a place where he had never been. The vids showed lava consuming the land and his people’s homes. Images of the fiery molten rock pouring over toys identical to the ones he played with had given him nightmares as a child. But these aliens were long gone, and his people were here.

It took another two solar weeks to verify what they all hoped—that this world was suitable to be their new home. Celebrations rang throughout the ship. Officers and crewmen were late to their shifts or missed them entirely. It was a violation of protocol, but Ogot gave orders that no one was to be reprimanded. They had lived without hope for so long. After they landed, the hard work of rebuilding what they’d lost would begin, but for now, he wanted to give them the chance to celebrate.

Once Ogot received word that the ship was ready for landfall, he gave the order that five captains had never had the chance to say.