by Samantha Evans 2 months ago in Short Story
Report Story 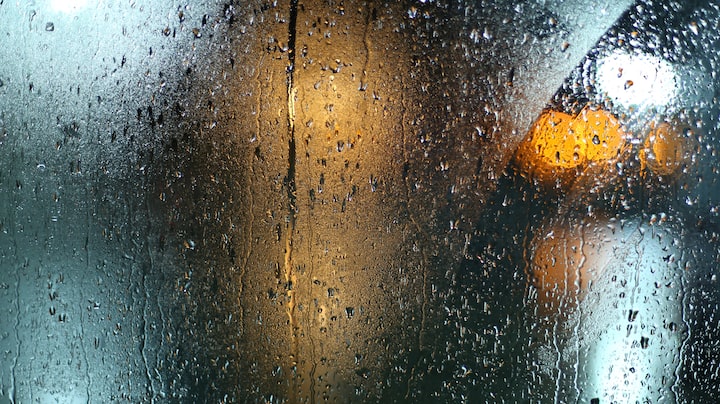 Photo by Cristi Goia on Unsplash

"Of course," John grunted as his truck stopped short of the swollen creek. But, of course, it was too dangerous to cross. The torrential rain the past few days had bloated the usually lazy creekbed into a muddy churning monstrosity. The water would tear his small truck downstream.

The rain poured in thick sheets down his windows, the radio was on, but he could hear nothing over the roar of rushing water and the rhythmic slosh of windshield wipers. Throwing it in reverse, he backed into one of the muddle pasture entrances, praying he did not hit the gate and his tires did not sink in the mud. He had to another way home.

Seeing the turn onto another dirt road, he could not make out the letters of the sigh, even in the high beams of his headlights. It would be a long detour, but he was sure it could get him home. All the extra driving would be worth it to sleep in his bed. If this failed, he would have to return to the factory and sleep reclined in his office chair or truck. Both were cramped and uncomfortable, fresh in his memory after doing so for the past two nights. As he traveled, either the rain let up, or the dense trees shielded him from the brunt of the water.

Either way, he allowed himself a moment to relax, releasing one hand at a time from the wheel, flexing his sore fingers. Rolling his shoulders and tilting his head from side to side helped the stiffness a little. Then, turning up the radio, he noticed static on his usual station. The rain probably interfered with the station tower. He fiddled with the dial and found a station playing Golden Oldies. Glancing down at the dash, it read 11:15 pm. Sighing, part of him knew he should have seen the turn-off by now. But maybe he had not paid enough attention and missed it.

"You've been listening to 99.6 The Hound!" A smooth announcer's voice stated in a tinny tone, "Playing today's latest hits!"

John chuckled to himself, "the latest hits," from when? The 60's? Suddenly, he slammed on his breaks, he had not seen anything on the road, but something had hit his bumper, something that felt substantial. Maybe it had folded beneath his tires, but there had been a sickening crunch. John's heart pounded wildly, dreading what he would find behind the truck. Expecting a twisted carcass and blood, he fished for his flashlight, tugged his coat around his shoulders, and jumped out, looking for whatever he hit. If it had been alive, he was sure it was not anymore.

As he expected, fur and blood coated the bumper and then trailed beneath the truck. Following it to the rear, he showed his flashlight around, confused. There was nothing there. Could whatever he had hit crawl off into the woods? Frowning, he felt immediate pity for whatever he hit. Then, without anything else to do, he returned to the truck's front and assessed the damage. Coldwater dribbled down the back of his neck, and he began to shiver. There did not seem to be significant damage.

Getting back into the warmth of the truck, he took off his wet jacket and cranked up the heat. Then, wiping his head and neck with some napkins from the glovebox, he proceeded forward.

"Tonight's story of Terror is called THE ROAD TO HELL, enjoy." Then, the announcer said another voice, just as tinny as the first began reading:

"Once upon a time, a man kept his eyes upon the rain-washed dirt road. Focused, he carefully minded the slip of his tires and the deep potholes disguised as puddles. Then, confident he would be fine if he could get home, he paused before a roaring creek far too dangerous to cross."

The opening spooked Jon a bit, primarily because of the similarity to his situation, but he shook it off as confidence. He kept driving, scanning the road for familiar signs or landmarks, but all he saw were trees.

"Unbeknownst to our wayward driver, the unfamiliar road he drove would not lead him home. It would never lead anywhere. This story, as we have seen in previous stories, is an anomaly outside of space and time."

"Turn back, John," whispered a female voice from the speakers. He took his pinky finger and scrubbed out his ear, had he heard correctly, or was it a figment of his imagination? His mind was exhausted.

"At first, things seem better down this new highway, the rain seems to let up, and the driver allows himself to relax, play a little music, pass the time. Then, he stumbles upon our beloved Hellhound radio, unaware of what we know." The reader chuckles, "THUMP! THUMP! THUMP! His heart patters inside his chest as he felt something fold beneath his tires, abandoning his vehicle to assess the damage, all he found was blood- lots of blood. But, no sign of the creature. Getting back into his truck, he began to feel drowsy as the road stretched out for miles before him, never turning."

The female voice yelled at him so urgent it sounded as if she shouted it directly into his ear. He slammed on his breaks. The tires skidded on the mud, and the truck fishtailed. He was lucky he had not hit anything this time. Sweat beaded upon his brow, and his palms felt slick against the steering wheel. Clicking off the radio, he did not want to hear any more. Even if it was a coincidence or some trick of his exhaustion, he took a few deep breaths to recenter himself and regain calm. Righting his truck on the road, he drove for a short while in silence. Then his headlights saw something dark lying in the road ahead.

Chastising himself for being crazy, he again put on his coat and grabbed his flashlight, intending to drag whatever was into the ditch. But, before he could examine it too close, he saw headlights approaching. Finally, finally, someone could ask for directions and end this exhausting night. Walking to the middle of the road, he attempted to get the other driver's attention.

The radio inside John's truck clicked on, "Oh Jon, whatever are we going to do with you, we tried to warn you to turn back, but it seems your destiny is to be another victim on this road to hell." The announcer admonished, "I always hate doing this bit, but I must tell the end of the story. The truck did not stop for John. His death was quick as he folded beneath the bumper and tires, coming to land behind the vehicle with a sickening crunch.

The John disappeared as a second John exited the truck's cab, examining what he hit and found nothing, just as the first had. Unfortunately, Jon will experience this again and again, forever. Will he ever heed the warning to turn back? I've been Talbert Hellhound, and you've been listening to our Spooky Story Hour on 99.6 The Hound. Signing off, have a beautiful evening!"

Writer of Fiction and Fantasy; human, I have been turning Caffeine into Words since 2007. If you enjoy my work, please consider tipping.

More stories from Samantha Evans and writers in Fiction and other communities.