by Dutch Simmons 5 months ago in Short Story
Report Story

Knowing the End is Just the Beginning 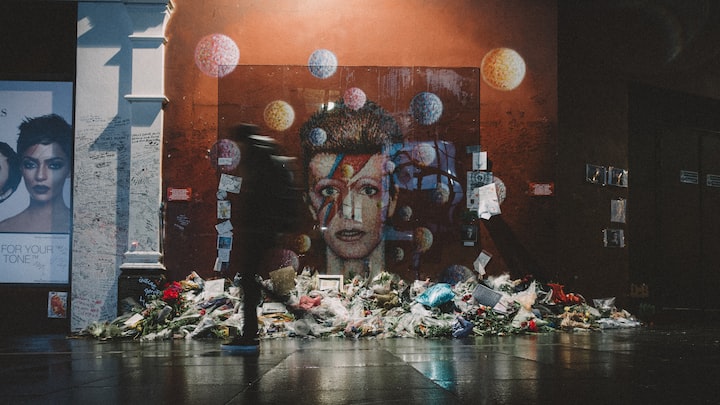 Photo by David Preston on Unsplash

Jake lay with his head in my lap as we sat in the back seat. His mom had been driving for nearly four hours. Nobody had slept; we existed in the cobwebby Neverland between slumber and consciousness.

“The Man Who Sold the World” played as we took the long drive up to the gatehouse. I preferred Bowie’s original version over the Nirvana cover. Both of them were dead now. They both saw their impending deaths: Bowie by cancer, Cobain by his own hand. It’s a hell of a thing knowing when you were going to die. Maybe it’s a blessing in disguise. I envied them. I wasn’t close to death, but I was about to enter Hell. Purgatory was years away, at least three to five, according to the judge.

We got out of the car and stretched our contorted bodies back to life. Nobody had spoken for the better part of the ride; there was nothing left to say. Apologies had exploded forth furiously days and weeks prior. Hopeful ruminations at this point seemed fruitless, especially in the shadows of the gun towers and razor wire.

We walked a funeral dirge to the intake building. Inmates on a work detail sized me up in the camouflage of their bland khakis and nondescript faces. I paused before stepping inside and surveyed the surroundings. The gauzy, lemon-butter sunrise over the farms and the hayfields in the distance seemed stolen from an Edward Hopper painting. The sun-bleached maroon siding of the barn was the last vivid color I would remember besides the gentle Delft blue of my son’s eyes.

Bathed in a sallow fluorescent light that died on deadened gray concrete walls, I stepped towards the reinforced plexiglass window and handed in my paperwork. Hunger gnawed at me. Nerves had gotten the better of me, and I’d passed on breakfast. There had been no final meal. My attempt to drown my sorrows and poison myself in order to forget what lay ahead fittingly ended with a spoiled bottle of wine too rancid to drink.

Jake’s grip on my hand tightened as a guard approached. My ex-wife, Jessica, aged in front of me. Pain and anger stripped her of the ability to process the moment and how we got here. Wearing my best liar’s smile, I told her everything would be fine. Jess was a clip-winged angel who walked the earth. Ostracized by close friends and family due to her unwavering support for the person I once was and had the potential to be. I worshipped St. Jessica of the Permanently Lost Cause. She saved my life, and I owed her significantly more than that. Words were the only currency I had to repay her, and I was bankrupt.

I knelt down and locked eyes with Jake as I clutched his shoulders. Mumbled ramblings of impending phone calls in a few weeks, visits once a month. I was his hero, a god in those eyes full of mythic wonder. Now I was Icarus plummeting to earth, and he was a horrified onlooker. His eyes, flashing aquamarine seas, were uncomprehending and raged with denial.

In a few short months, the Green Power Ranger would replace me as his hero. A hastily concocted shrine to me, consisting of photos, letters, and random ephemera from movies and concerts we attended, would languish on a shelf.

Jake was perched on a precipice that crumbled beneath him. His nine-year-old brain short-circuited as he struggled for words. To say something. Anything. A sacred mantra that would make this moment stop. He believed he had “healing hands;” his touch could render any harm asunder. He placed them on my heart, then face. Searching for a purchase that somehow would work its magic.

This was a place bereft of magic and hope, where “healing hands” were powerless. The only magic was in the disappearing act the calendar provided.

“Abracadabra;” and a day passed.

His lip quivered; my fingers sank deeper into his shoulders.

“Do not give them the satisfaction,” I gritted through a smile.

Serendipity dawned; recognition registered. I was his hero again. The original Captain America. Impenetrable. A sly grin crossed his lips. Came and passed like a sun peeking out through the clouds during a hurricane.

“Wrap it up.” Neither gruff nor ominous, compassionless and detached.

I was a waterfall of hushed, urgent platitudes. Be brave, be a good boy for your mom, focus on school, channel your anger into sports. I was imploding, a supernova feeding on myself when I needed to be strong.

My first impression inside couldn’t be made with tears in my eyes. I hugged him until our hearts touched and cradled each other.

“In a fucking minute,” I barked.

That would cost me. I was allotted the briefest moment of empathy. Maybe he was a father. Maybe there was an ounce of humanity, of decency, here.

I kissed Jake on the forehead; hugged Jess.

We huddled, and I whispered, “Day one is almost done.”

The guard led me away, and I refused to look back. “I love you, Daddy,” echoed and fell from decrepit institutional walls. Love wouldn’t stick there. It stuck to my heart, embedded in my brain.

I raised a fist in defiance. In acknowledgment. I was Judd Nelson at the end of The Breakfast Club, our favorite movie.

I was led into a stark concrete room with a metal bench.

I was already naked in every sense of the word. Jake and Jess hadn’t even left the grounds and my soul was now laid bare.

Day one was almost done.

Bowie reverberated in my mind. Broken lyrics about having died long ago. I was cognizant of my own death. Unlike Bowie, I had the luxury of being born again, baptized in the primordial ooze that was prison.

I’d get the chance the Thin White Duke didn’t have.

Dutch established a creative writing program for his fellow inmates while incarcerated.

He is the Writer-In-Residence for The Adirondack Review.

Dutch is a Fantastic Father, a Former Felon, and a Phoenix Rising

More stories from Dutch Simmons and writers in Fiction and other communities.