Don't Quote Me On That

by Lacey Doddrow about a year ago in Excerpt
Report Story 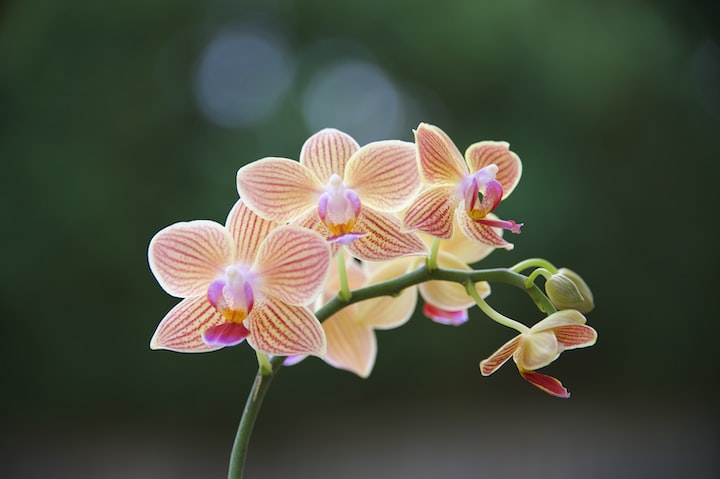 Photo by Rae Galatas on Unsplash

When the elevator doors opened, Patti Interrante felt the shift in temperature immediately. The lower floors of the hotel were warmer than usual to accommodate the flower and garden expo taking place that weekend, and the constant misting systems used by most of the exotic plant dealers kept the place humid. Every hallway seemed to glow with the soft green lights that, according to the gardeners, kept the plants happy.

But the elevator air was air-conditioned, fluorescent white, and dry as the pages of an antique book. She stepped inside and let the gasp of the closing doors push the cold air against the thin fabric of her blouse. There were soil stains and pollen streaks on the cuffs from a long morning spent getting acquainted with the thousands of plants in from all over the world. The green haze of the expo’s long rows of lights seemed to float at the edges of her vision.

Just before the doors closed, a hand shoved between them and they opened again, breathing back in the jungle air of the garden expo. A woman with curled red hair and pinched-back cheeks stepped into the elevator. She had a black notebook tucked under her arm and a leather attaché case on a strap over her shoulder. Her sleeves and nails were clean. She hadn’t been touching the plants.

The elevator doors closed. Patti noticed the woman wearing a journalist’s badge on a lanyard around her neck. Susan Orlean. It was a familiar name, and an almost familiar face. She’d find out. “Hello,” Patti said, leaning around to see Susan, who was staring at the brass plate of numbers in the elevator. “Here for the convention?”

“Yes,” Susan turned toward Patti and held up the laminated badge. “I’m a reporter, I’m covering it.”

“You’re Susan Orlean – you wrote The Orchid Thief!” Patti realized it as she said it. “It was a wonderful book. Do you garden, then?”

Patti remembered that now, from the book. “Not a plant person?”

“It doesn’t have to be an obsession, you know. It’s just pleasant.”

Susan smiled a tight, pulled-in smile, then pointed to the reusable canvas bag at Patti’s feet. “What have you got?”

Patti pulled out three tiny herbs in brown plastic pots. “Anise, peppermint, and Thai basil. I grow herbs and vegetables, mostly.” She set the pots back gently in the bottom of the bag. “And some seed packets.”

“With the things you grow?”

“Gardening saves the world?” Susan had her notebook out now, open to a blank page.

“Makes a person appreciate what it takes to put food on a plate. What it takes from people and from the earth. I think that’s what we’re missing these days. An appreciation for what we take from others just by living our lives.”

Susan wrote something down. “What do you do?”

“I’m a professor. I teach theater and speech. My name is Patti.” Patti leaned over Susan’s shoulder to watch her scribble in the notebook.

It was a funny question, but a good one. Patti thought for a second. “It’s all about knowing what had to be set in motion to get you to a place. All the fossil fuels that run your car. All the experiences that drive a character. If you don’t know how things get where they are, you don’t know anything of value.”

“What about the future?” Susan asked, tilting her notebook away from Patti.

“Is that your motto?”

“I don’t have a motto.” Then it occurred to Patti that perhaps she did. Watching an award winning New Yorker journalist taking down her thoughts inspired her to monologue a bit, to chat eloquently about her perspectives. “At the top of my syllabus I always put a quote from Martha Graham: Theater is a verb before it is a noun, an act before it is a place. That’s what I want my students to take away. It’s all about action. You have to do something for yourself. Passivity is destructive.”

Patti laughed. “Don’t quote me on that! I have nothing against takeout.”

More stories from Lacey Doddrow and writers in Fiction and other communities.