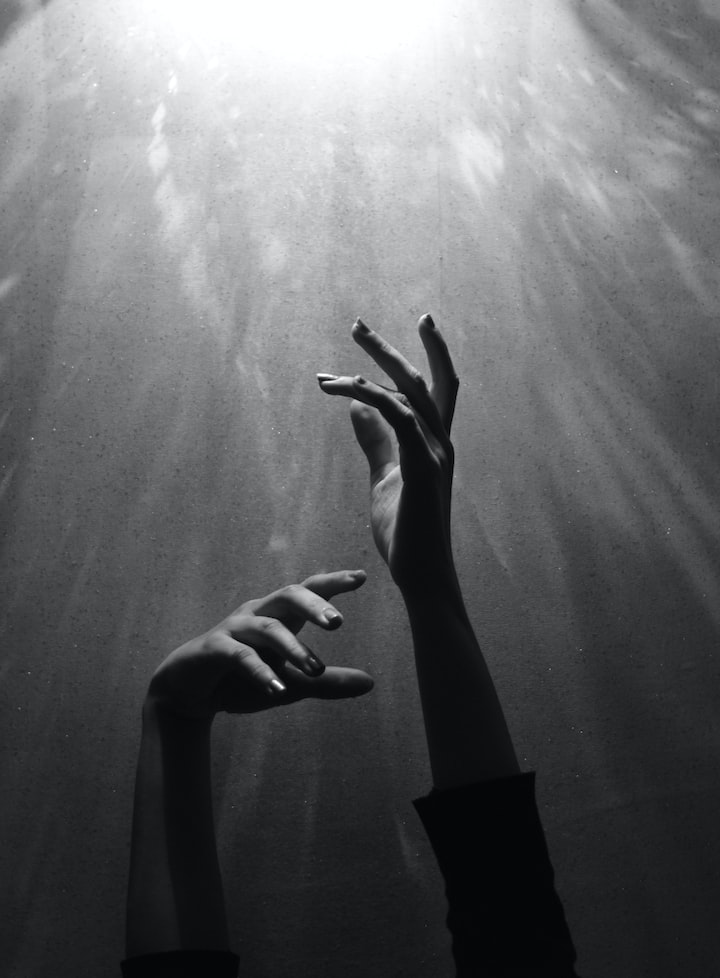 Photo by I.am_nah on Unsplash

I looked down at the heart shaped locket that has been around my neck for as long as I can remember. This has been my talisman when my mom died; before all of this started. Before the world fell apart and my biggest problem was I had a bedtime. Terrible things like I was forced to eat vegetables or I had to do homework; I wish those were still my problems. Instead we are in an abandoned house that you can tell was once somebody’s family home that is now destroyed. Ransacked by the original family in their attempt to escape. Pictures and clothes construed throughout the hallways. Pantry had been completely disheveled. It’s a two story Victorian style home with cracked paint on what was once a blue awning. This was once a home of a doctor or someone prestigious.

Now here I am hiding up in the corner of their daughters bedroom that looks as if she’s the age I’m close to now. I wonder what she was like and if she’s even still alive. I’m worried and trying not to make too much of a sound I don’t want to alert them. When you’ve seen a million zombie movies society has you thinking what a zombie apocalypse would be. They were wrong. You can never be prepared for the horrors I’ve seen in the short life I’ve lived. Unfortunately there was no way to describe the infected it was harder in the beginning to take them down. These people were my friends, neighbors,people that I’ve known my entire life people that I’ve had to put a bullet through their head.

This all started with a green light shooting across the sky. I knew then my life changed forever. I was swimming in the lake hoping to enjoy my last bit of summer. I was depressed it was the year I lost my mom to cancer. I hated the world and everything in it I just didn’t think the world was going to end. We stayed close to the area were by the Great Lakes in Michigan and I can look out and see the water and the memories of the shell I’ve become. Sometimes I sneak to the windows gazing at the water wondering how far I could escape.

The undead start off slow,almost like a child learning to walk and then they learn to run. At that point nothing could stop them in their path that’s when you have to worry. After some time has passed they start to lose their vision and when that happens then you should really be concerned. This is when they turn in what I call echoes.

An echo is a zombie that alerts other zombies. Imagine a baby crying but magnified, they will come out and alert all of the zombies around them that you are there. Their only request is they get the first bite. When you see them you run and you don’t look back. If you don’t you’ll see as soon as they open their mouth their cry to scream.

You’ll see their blue cracked tongue with purple veins all throughout their mouths burying its way through their skin that is now translucent from lack of oxygen their eyes dead and when they cry it looks like blood is gushing out of their retinas. I made the mistake of looking at the ones truly looking in my childlike mind the pictures branded of what they look like. It’s starting to get dark out so I’m looking through the boards on the windows watching the sun start to set.My dad‘s resting this truly has aged him that worries me because he’s all that I have left. When he wakes we’re gonna have to move on or at least go on a trip to find food and then come back and hold up here for a little bit longer. I’m sitting here writing all this in my diary I hear them. Everybody thinks that they would sound like they’re moaning and groaning but that’s not what the sound is.

This sounds like it’s piercing and gut wrenching you feel like they are trying to completely swallow you up and there’s nothing you can do about it. I shake my dad and whispered him it’s time to go. I gather up my supplies my father completely wakes himself up and gets ready to go. I creep downstairs to peek out and see what the damage; is I see that there are only 15 of them newborns so they’ll be slow but you have to be careful what they lack in speed they make up for it in strength. I take a deep breath pick up my locket and kiss it I pull out my machete look up at the sky and say “all right mom I need you to protect me again I love you always”. I open the door and that’s when the massacre begins.

Just a woman with a lot of words to say. Thank you for all of the support even if it’s a read it means so much to me so I hope you have a great day.😊

Read next: Manage Difficult People and Situations at Workplace